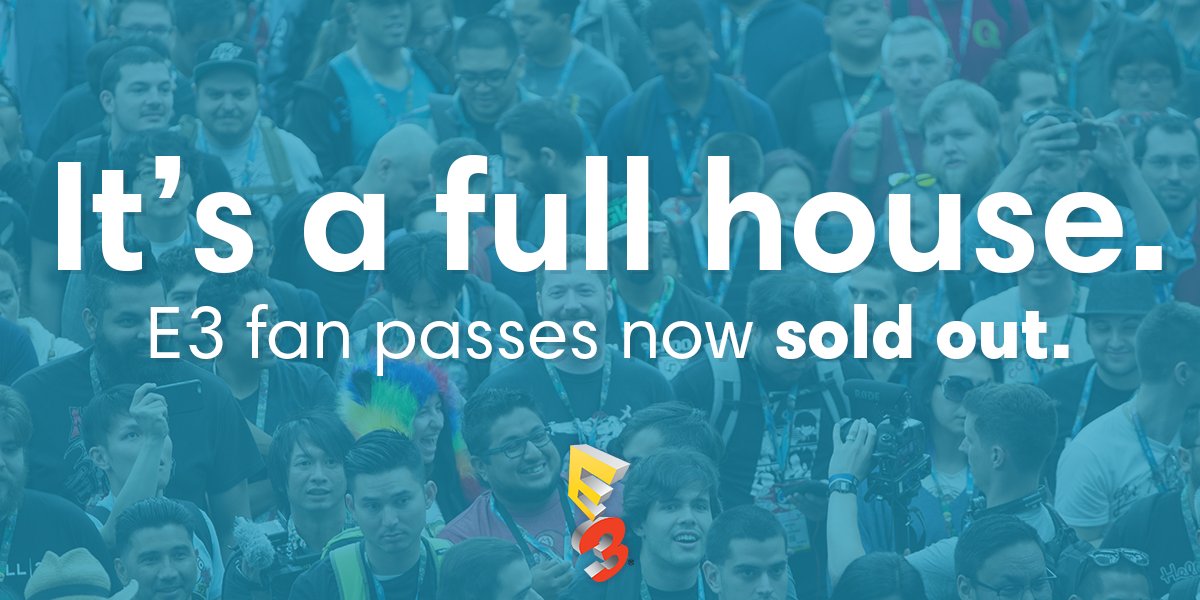 In February it was announced that E3 would be opening its doors to the general public for the first time. The tickets then went on sale on February 13th and have been available for the past  few months. The organizers of E3 have now announced that the public tickets have completely sold out.

There were 15,000 tickets made available to fans for the first time ever this year. However, the organizers of the event have now announced that all of these fan passes have officially sold out.

The official E3 Twitter page posted this revelation online yesterday. The tickets for the event were being sold at $250 each, but despite the high price, tickets have completely sold out.

This news comes ahead of the start of E3 week in June. The previously media only event will be starting on June 13th and will be ending on June 15th that week. However, the major press conferences from developers and publishers will be taking place before the event.

Here are the press conference times that we know of so far:

Bethesda has also confirmed that their press conference will be on Sunday June 11th in the evening however, the exact time is currently unknown. In addition to this, Ubisoft has not yet confirmed when they will be hosting their conference.

While the fan passes for E3 have now run out, the organizers state that there are still business passes available.

We will provide you with more information during the run-up to E3 and once the event has gotten underway.

Update: Ubisoft has now announced their press conference time for E3. It will be on June 12th at 1 PM PT / 9 PM BST.