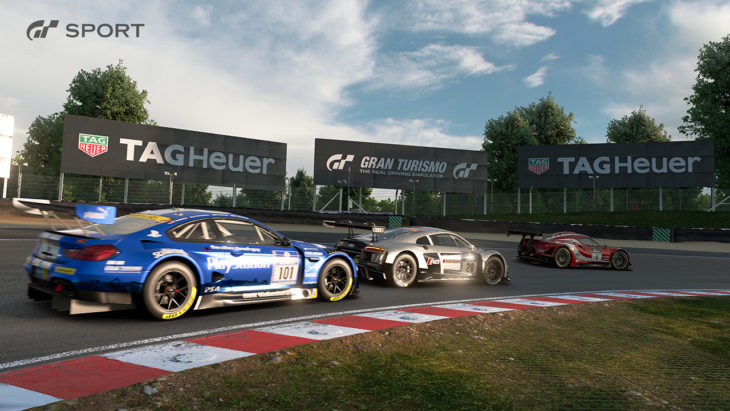 The quintessential racing simulator for the Playstation consoles, Gran Turismo, has released groundbreaking racing titles for nearly two decades now. Developers have been keeping fans under-wraps for a while about their latest installment, Gran Turismo Sport, but at last we have a confirmed release date from President of Polyphony Digital and creator of Gran Turismo, Kazunori Yamauchi.

The Gran Turismo series has built a solid foundation and dedicated fan base by including a massive licensed car selection, accurate driving features, dozens of real-word racing courses, tons of various races and top-notch gameplay and graphics. Perfecting the art of racing in world-class automobiles, fine tuning your machine to meet specific race requirements, or perhaps to get everything last drop of power out of your engine, GT became known as the mammoth of realistic and dynamic racing action.

It didn’t take long to see a true competitor come forward. Thankfully for Polyphony, the promising contender against Gran Turismo for top racing sim, Forza, was and is an Xbox console exclusive. With gorgeous visuals and an even more attractive car selection, Forza Motorsports gave Xbox players the life-like racer they had been missing. Sony fans had their high quality racer, and so did Microsoft; and then came Project CARS.

Now, with the racing simulator genre picking up steam across all (or most) platforms, and different options of titles to choose from, Polyphony Digital has to step up their long-running franchise and give the fans more of what they want. With Gran Turismo Sport, they hope to do just that.

With the closed beta of GT Sport running since March of this year and an initial release date setback, developers have seen encouraging feedback from their beautifully crafted racing title. For VR fans, the game will feature virtual reality mode equipped with support with the Playstation VR headset. Pre-orders have been confirmed digitally for the Playstation Store, as well as physical copies from retailers everywhere.

Three separate editions will be available on the release date on October 17 in North America, and October 18th in Europe, including the Standard Edition ($59.99), the Limited Edition ($69.99) which includes loads of bonuses like car starter packs and Livery Sticker packs, and the Digital Deluxe Edition ($79.99), an enhanced version of the LE bundle.