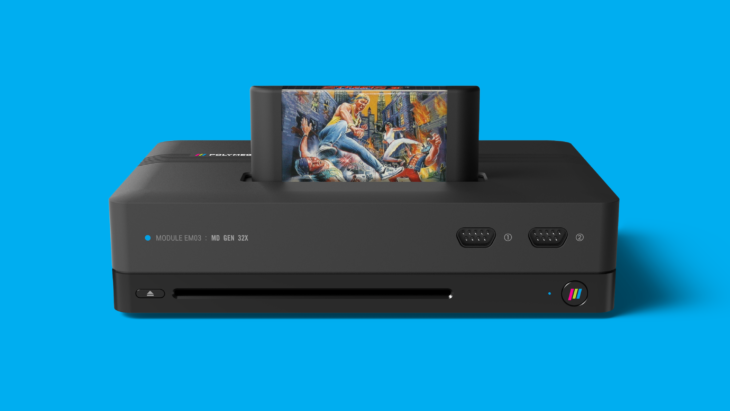 Polymega is the ultimate retro console. Not only does it play a wide range of retro games ranging from cartridges to discs, it also comes with online connectivity. Yes you read that correctly. Gamers can stream, record gameplay and compete against other players online in retro games. Just like with the current generation consoles.

The retro gaming industry is still strong today. This is clear from the response to the Classic Mini consoles from Nintendo and the interest in the upcoming Atari Box. PlayMaji are creating a brand new Retro gaming console which is looking to revolutionize the sector. This new console is called “POLYMEGA”

Polymega features an Element Module which is compatible with retro game cartridges such as those from the NES. In addition to this, it also features an optical disc drive for a range of platforms including PlayStation 1. This is nothing new for a retro gaming machine however but the developers have a trick up their sleeve. They’re adding online connectivity which rivals current generation consoles.

“If you’re like us, you take your games seriously. You strive for perfection in competition against other players” reads the Press Release.

Fans of retro games have been forced to deal with a difficult issue when it comes to this sector of gaming. Go through illegitimate means to experience gaming history, use the original hardware in a specialized gaming room or only play a handful of games currently re-released on Virtual Consoles. The Polymega seeks to change this.

It upscales games to 1080p resolution and even saves a digital version of the game to the console. As a result, players won’t always need to use the original cartridge or disc unless they want to.

It’s a truly revolutionary console but there’s no release date or price just yet. More details on the console will be coming in the future. The creators will be launching a Kickstarter for their console soon also.