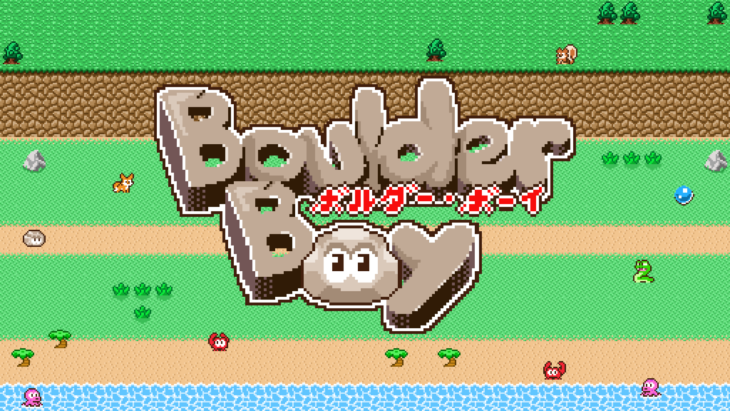 New indie games pop up all over Steam, but there are also tons littered throughout the useful Kickstarter page just waiting to be discovered, and eventually produced. Boulder Boy looks to bring back the classic feel of old pixellated 80s titles and adverse puzzles, and developers are looking for help to bring it to life.

Boulder Boy takes players and gives them an un-rivaled challenge found in a nostalgic retro styled environment. Running throughout the game as a literal boulder boy, using your head, you’ll push objects and solve puzzles across hundreds of diverse and challenging levels.

The story is that of something out a of a twisted sci-fi film, taking loveable pet animals, and turning them mad with power…or curses. The protagonist lived a peaceful life sometime in the early 90s when his beloved pet, Candy the Pug, had laid the rocky curse upon our hero. Now, it’s his determination to find his backstabbing pet, defeat it, and lift the curse that unexpectingly took over his life.

You can find the page for Boulder Boy on the Kickstarter homepage and help lift this exciting new, 80s-early 90s themed title to the next stage of development. Hitting the initial goal of $36K would provide fans with the first two worlds, and the promise of more worlds to come depending on further development; while the highest goal of $140K would not only give the game a Nintendo Switch port (currently working towards mobile and PC releases only) and an online level builder and community, but add new characters and campaigns in the future as well.

That’s a long way off and there’s a lot of work to be done with Boulder Boy. With tons of charming features like the old school sprite art of the NES days, easy pick-up and play game mechanics set to a chip tune style soundtrack, and literally hundreds of levels presented in a unique action-puzzle design, Bikkuri Games LLC is looking for your help to lift the development of Boulder Boy off the ground.