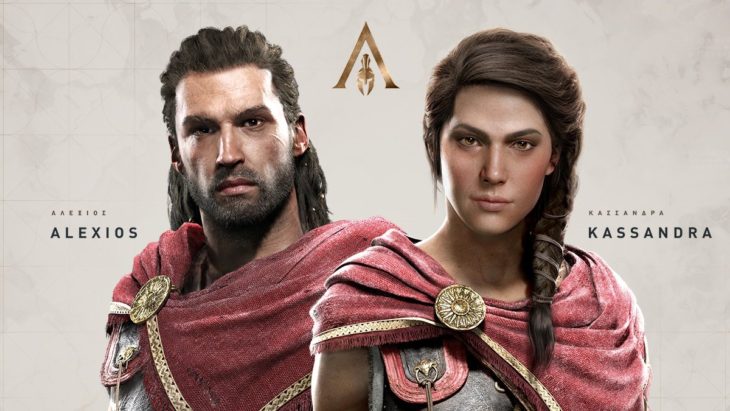 The hype for the next installment of the long running, often released Assassin’s Creed series is beginning to heat up. Assassin’s Creed Odyssey will feature loads of new content picking up where Origins left off, but will also feature two playable characters to play as from start to finish.

As revealed in a series of questions and answers known as “Ask Me Anything” on Reddit, Creative Director of Assassin’s Creed Odyssey – Jonathan Dumont – casually announced a reversible cover featured on the physical copy of the game. Each side of the cover will feature one of the two protagonists in the game – Kassandra on one side and Alexios on the other.

On top of the announcement of optional cover swapping the revealing Q&A laid out some very interesting details regarding the upcoming Spartan title. You can check out the entire AMA Reddit post here which discloses many new features coming to Odyssey, such as:

Tons more has been uncovered for Assassin’s Creed Odyssey throughout this lengthy Reddit post including ship upgrading details, story deciding info and much, much more.

Assassin’s Creed Odyssey is set to launch on October 5th, 2018 for the PS4, Xbox One and PC.