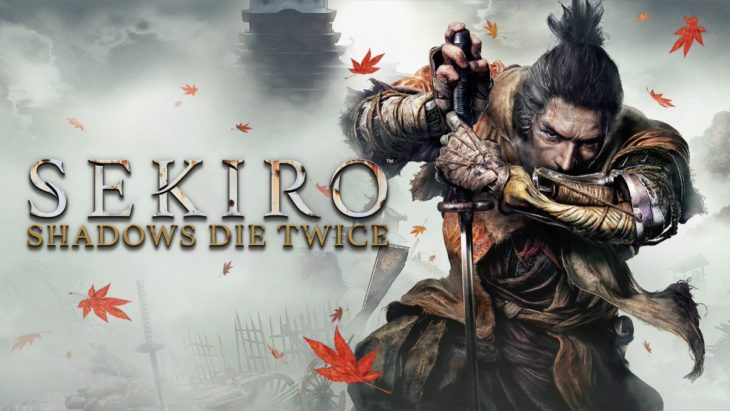 Engage In Your Shinobi Ways

The developers behind the brutally challenging Souls series and Bloodborne, From Software, have created experiences unique to their own name. You won’t find these types of often excruciating experiences anywhere else in gaming, and with their latest IP, Sekiro: Shadows Die Twice, the Japanese studio takes the formula to electrifying new heights and presents possibly their greatest adventure yet.

Check out our video review of Sekiro: Shadows Die Twice below:

Plummeting players deep into Japan’s feudal Sengoku era, Sekiro offers a much different presentation when compared to their previous releases over the last decade. While, at first, the aesthetic of Sekiro seems to invoke the inner vision of From Software over the previous decade, Sekiro quickly shows its colors as an experience completely unique to itself. The way players fluidly overcome adversity utilizing powerful shinobi skills is something that’s been relatively absent from the ‘Soulsborne’ sub-genre, but makes itself the focal point within the world of Sekiro.

As the Wolf, players soon find themselves with a handy prosthetic arm crafted from the mysterious Sculptor. This unique tool creates new ways to traverse the game, as well as allows the player to equip a variety of different secondary combat weapons which help pinpoint specific enemy weaknesses. Flamethrower, shurikens and a heavy axe slam are only a short list of the many prosthetic attachments the Sculptor may equip to your shinobi “fang”, as it’s up to the player to scour and discover new attachments throughout the world of the game’s setting, Ashina. While players are required to only use Wolf’s powerful katana blade as the primary weapon throughout the entire game, the many prosthetic attachments which may be equipped help keep the game well-balanced in terms of strategy in the many combat scenarios.

Perhaps coming as one of the biggest differences from previous From Soft titles is the vertical movement in Sekiro. The shinobi methods of travel allow the player to utilize the game’s unique grapple hook to swing themselves on roofs and tree tops which creates new approaches to combat. Stealth plays a big factor within the world of Sekiro, with the addition o the grappling hook accompanying the new tactical traversal in exciting ways. There are plenty of opportunities that are new and appealing to both veteran From Soft players, and newcomers alike.

Players may also use the stealth tactics of the shinobi ways by hiding in overgrown shrubs and plants to stay hidden from enemies. These hiding tactics provide a much deeper method of taking on hordes of enemies, as players have the option of escaping dangerous scenarios by ducking into plant life, or swinging up to higher ground. While you won’t be able to always find yourself out of harm’s way, Sekiro often feels much safer to navigate when compared to the ground-stricken Dark Souls or Bloodborne series.

Sekiro also offers another big strategy to combat in regards to its unique resurrection system. When players fall in battle, they may consume a resurrection node which allows them to revive themselves just seconds after death. However, while this mode sounds like it could make the gameplay in Sekiro much too easy, there are some tactical suppressions to the system making it a strategic move over an overly abused tactic of survival.

At first, players may only resurrect themselves once before completely falling in battle. However, players may earn additional resurrections upon defeating numerous enemies (or one elite enemy), or discovering special items hidden within the game. If players wish to utilize the resurrective power, they have a limited time in seconds before Wolf officially dies. And once the resurrective power revives the player, it typically alerts most enemies of your presence, which can make the power less appealing considering you’re revived with half health and the same amount of healing gourd drinks as when you fell. Often it feels safer to flee and reset the enemy locations after resurrecting as opposed to hopping back into the fight. However, if you use this power against bosses or mini-bosses, prepare your katana as there’s typically no fleeing from those fights.

Returning From Soft players are no stranger to death, and equally apparent of the punishments that come attached to death. While in Dark Souls or Bloodborne, players had an opportunity to retrieve lost experience points (souls, blood echoes), Sekiro isn’t as forgiving. Considering the developers allow you a second opportunity to live in the form of resurrecting, this isn’t that surprising. Once players fall in Sekiro, they lose half of their earned skill points, as well as half of their in-pocket coin – with no method of gaining any of that back. Well, almost no method.

A new feature introduced into the From Soft formula thanks to Sekiro is the Unseen Aid. This is a specific percentage that allows players a chance at keeping all skills and coins upon death, but comes rarely in the game, with the percentage shrinking with every death taken. A disease known as Dragon Rot eventually hinders specific NPC within the game that Wolf has interacted with, which then lowers the chance of Unseen Aid – until the player can find a cure for the disease that plagues specific NPC. It’s an interesting feature, and one that can initially throw players off, but once you get the hang of everything else within Sekiro, it feels less diminishing and unfair.

Sekiro is a game that truly tests player’s grit, fortitude and patience. While the standard Soulsborne approach of attack, dodge, attack won’t simply cut it for a large portion of the fights in Sekiro, there’s still some moments when those are viable methods. The game is From Soft’s biggest example of memorizing opponent attack patterns and utilizing the correct defensive maneuvers in order to overcome daunting fights. And with the agility of the shinobi Wolf, plethora of skills to unlock to increase your attack, upgrading Wolf’s traits and the prosthetic arm which houses tons of tools and secondary weapons, it seems like there’s always more than one way to overcome the many hardships thrown in your direction.

Sekiro: Shadows Die Twice still creates a challenging task that most From Soft fans are far-too acquainted with. Each boss or mini boss requires specific timing and strategy to conquer, but each death rarely feels unfair. Learning is yet again another big curve in the game’s overall difficulty, and with the many methods of overcoming odds in Sekiro also comes the ability to hone your skills that will eventually lead you to success. While the RPG character builds remain absent from Sekiro’s formula, the many strategies to move past one area to the next – be it stealth, all-out attacks or skipping it all together – still manages to create a personal approach to gameplay.

In what many may want to call another “Soulsborne” title out of studio From Software, Sekiro: Shadows Die Twice doesn’t take long in displaying its many differences from the Dark Souls and Bloodborne name. By breaking away from the traditional mold that the developers have so expertly crafted over the last decade, Sekiro perfectly separates itself from any other action-adventure title around. Unique combat strategies, the freedom of vertical traversal and numerous ways to grow both in character strength and personal adversity, Sekiro may be the most rewarding title in the studio’s illustrious history yet.