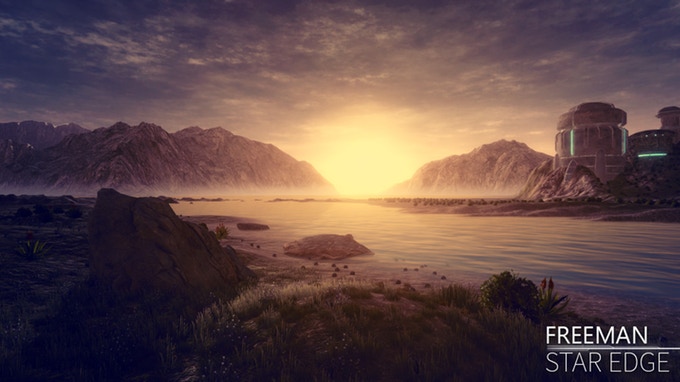 Think Mass Effect with the abilities and resources to construct your own bases on various galaxies. Freeman: Star Edge from indie developers KK Game Studio, LLC is exactly that, and this upcoming mega-sandbox title could use more help to reach their Kickstarter goal.

Since starting the campaign to show off the under-development project just a couple of days ago, the title has raised only a little over $2k out of a goal of $80k in backer funds. The project looks beautiful and promise of amazing gameplay and features that were left untouched by other big-name space explorers.

Explore tons of star systems, construct bases and make your presence known throughout the galaxy. Upon being exiled to the outer edges of your galaxy, the player sets off to make the future of their own and reconsider the fate of space as we know it.

Many other space explorers feature wild lands and exotic flora, rugged terrains on top of unknown planets. Along with these adventurous features, Freeman adds a little more diversity with huge future-themed cities, old and abandoned ruins or a number of other sites littered all over the vast open maps.

Tons of other common mechanics take place in Freeman which give players the option to create their own ending based upon their actions. Other features include scavenging, loot and trade, recruit and build your own army of soldiers, or just relax in the bar with a drink. Tons of RPG elements like customization and character development are also featured in Freeman. Step into the future and discover the great unknown beyond the stars.

With a free-to-play Alpha mode available, players are encouraged to back up the project and help get this impressive title off on the right foot. A list of rewards and benefits is also on display to help give fans and future backers more incentive to help the developers along with this trying process. Check out the Kickstarter page find out more in the space exploring, base building, loot scavenging shooter title, Freeman: Star Edge.