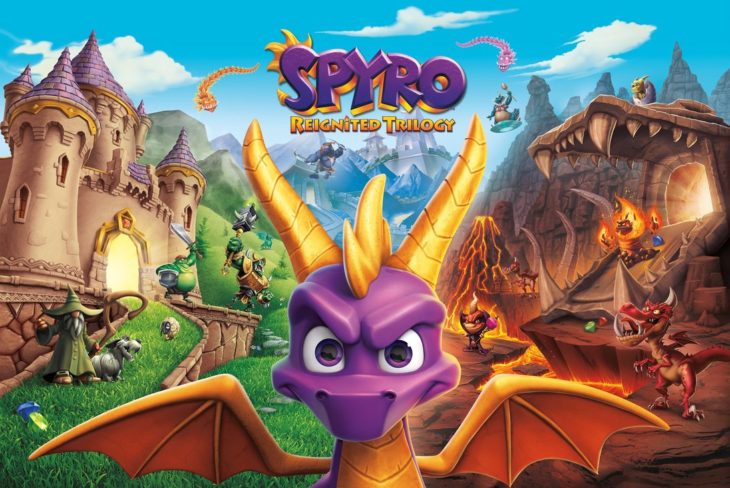 With more news flooding in about the upcoming nostalgia trilogy remake of Spyro the Dragon, Toys for Bob has recently announced the uniquely charming feature to swap the remastered soundtrack for the 20-year-old version.

Check out the differences from the classic soundtrack to the new reimagined one in the video below:

While many of the remastered tracks from the original Spyro composer, Stewart Copeland, have been modernized and fitted for a new experience which re-lives old tales, players will also have the option to indulge in the classic songs from the original games. With a quick swap in the options menu, players can choose a score of their liking – either revamped tunes or songs from the classic years – and hop right back into the action.

“Seeing how the fans loved the original series and soundtrack was a very heart-warming experience 20 years ago, and being able to revisit that fun with the new game has brought things full circle. I can’t wait for players to hear the new intro title track and enjoy the option to play the remastered game to my original music when the trilogy arrives this fall.” – Copeland

Spyro Reignited trilogy is gearing up to bring in the highly anticipated nostalgia waves with the first three original Spyro games, developed by Toys for Bob and published by Activision.

We will see the trilogy released first on the PS4 and Xbox One on September 21st.

However, recent listings on the Spyro Reignited website displayed possible unannounced versions releasing on the PC and Nintendo Switch. With no official announcement regarding these two gaming systems receiving the Reignited Trilogy, yet – and with the unannounced listings since the leak first appeared being taken down – it’s better if we take these now former listings with a grain of salt, for now.