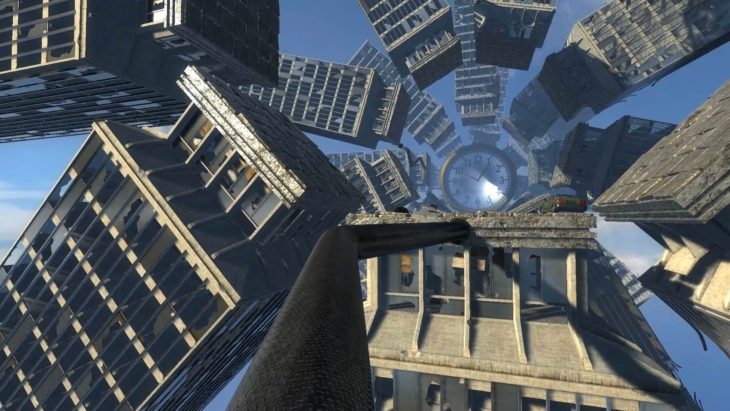 Strange locations and mind-altering reality set in as indie developers, Skobbejak Games, have prepared a first person adventure without limits. Solve mysterious puzzles inside of an even more mysterious world, defying the laws and physics of reality in the studio’s latest release, Tyd wag vir Niemand.

Afrikaans for “Time waits for Nobody”, Tyd wag vir Niemand pitts the player in the middle of a puzzle-solving, time-controlling environment, full of interesting and unique game mechanics. With key precision for perfectly timed movements, controlling time and the space around you will drive the player to pass over obstacles and precise jumps in an efficient, timely manner.

Playing the role of a trapped military rescue agent, battle between the physics of space and time, slowing down the game to avoid deadly traps and completing challenges is the only option to escape. Lost in the frozen continent of Antarctica, your initial mission was to save a missing team of scientists that was sent to investigate an ancient pyramid housing a mysterious machine.

That same machine – once discovered – shoots you into another dimension after being activated, now set against all odds. Equipped with a strange and curious device that shifts time, plunge into the depths of the new dimension and discover the truth behind what this surreal place is and why your were brought here.

Dive deeper into the wonderous and strange world of Tyd wag vir Niemand with what the Director of Skobbejak Games – Tiaan Gerber – hails as being “definitely our most polished and refined game to date”, but expresses his concern for low sales figures, even after relatively positive feedback and reviews. The prominent rise of indie games available and the time required to promote and market for commercial success takes a lot of work, and – while the small 2 man developer team is managing the best they can – they are finding just how rapidly the gaming market can expand.

Find Tyd wag vir Niemand on Steam now for PC, Mac and Linux for a $9.99, while later versions set to release on PS4, Xbox One and the Switch are planned for the future.