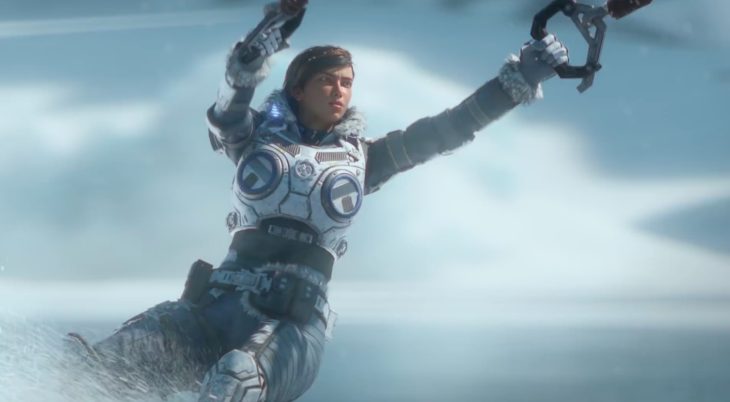 A Busy Year For Xbox

The Xbox One has had a bit of a lacking run at the current generation, especially when up against the exclusive powerhouse that is the PS4. However, that doesn’t mean the Xbox One still isn’t worthy of your time, as 2019 is shaping up to be a pretty busy year for, not only Microsoft’s latest piece of console hardware, but for gaming in general.

While we’ve compiled lists of upcoming rousing releases headed over to both the PS4 and Switch, the Xbox One has a few quality looking exclusives up their sleeve, as well. Below, we have a list of the best looking games to play on your Xbox One, both exclusive and multiplatform, coming in 2019, and further.

The popular combat flight simulator is back and is bringing the acclaimed jet fighter action to current gen consoles. This beautifully crafted aerial experience is sure to reset the standard for what makes an Ace Combat game, well, ace. Take to the skies in exciting new jets or a some old familiar favorites in a true next-gen Ace Combat title.

Bioware hit a massive bump in the road as they missed the mark with failed expectations after the launch of the follow-up to the Mass Effect trilogy with Andromeda. With a new IP in tow, Bioware hopes Anthem will corral its dedicated fan base and reclaim their reputation as one of the best RPG developers in the industry. Anthem is a new post-apocalyptic online adventure where players pilot heavy-duty suits of armor known as Javelins, and explore a world brimming with all sorts of evil-doers and hidden secrets.

The Shonen Jump mash-up fighter from Spike Chunsoft and Bandai Namco, Jump Force, is the culmination of favorite anime characters throughout over a dozen hit manga series. Join forces with the likes of Goku, Naruto and Ichigo Kurosaki, among plenty of other selections in the vast roster, and fight in epic 3v3 battles likes never before.

The Metro series continuously delivers a gripping first-person shooter experience without the watered down multiplayer aspect that has riddled the genre since the inception of online gaming. Ripe with a new, yet exceedingly dangerous adventure, Artyom returns and looks to travel beyond the Russian subway tunnels, and find a life worth living outside of the nuclear hell.

The wait has been and the hype has been enduring as Crackdown 3 was introduced to the public near the beginning of the Xbox One’s life cycle way back in 2014. Since then, we’ve seen a chaotic action-adventure game continue to grow into something of a massive hype train utilizing the “power of the cloud”. Destroy, wreak havoc and tear down anything and everything that stands in your way in the next title from Sumo Digital.

The sequel to the multiplayer shooter game, The Division, is looking to capitalize on the post-launch success that its predecessor laid the ground work for. After a shaky start back in 2016, The team behind The Division began introducing more and more content, as well as improved gameplay mechanics via periodic updates which culminated into a thrilling experience. The Division 2 is taking the post-apocalyptic shooter to th D.C. area, and hopefully bringing even more improvements to the formula.

The surprise announcement of Rage 2 shocked the industry, but with id Software and Avalanche Studios teaming up, the sequel to 2010s post-apocalyptic shooter is shaping up to be quite the ambitious experience. With a true open world to explore, plenty of enemy factions to fill with bullets and the return of the coveted wingstick, Rage 2 is shaping up to be much deadlier than the first one.

Ori and the Will of the Wisps

The long-awaited sequel to one of the most charming platformers this gen, Ori returns in The Will of the Wisps. Spend time adventuring beyond the forest of Nibel from the original, and embark on a journey to uncover the true identity of Ori. Adventure through a beautifully crafted world, upgrade Ori with new abilities and expand the knowledge of what you know of our brave little guardian spirit.

Ori and the Will of the Wisps is scheduled to release exclusively on Microsoft systems — the Xbox One and PC.

The next in line for the Halo franchise, Halo Infinite, the sixth installment has been largely under wraps giving us only a glimpse at what to expect through the reveal trailer. We’ll continue onward as Master Chief following the events of Halo 5 and, of course, multiplayer is sure to player a major role in the final release, but beyond that, everything else is merely speculation.

Halo Infinite has no official release date in play, but will release on the Xbox One and PC.

Continuing the story past Gears of War 4, players assume the role of Kait Diaz in what looks to be another stellar release in the long running franchise. Looking to be the deepest story yet in the series, Gears 5 is filled with familiar faces we’ve seen throughout the series, like Fenix and Walker.

Gears 5 developers The Coalition and Microsoft have yet to announce an official release date, yet, is said to release sometime in 2019 for the Xbox One and PC.

The newest IP from Fallout: New Vegas and Pillars of Eternity creators, Obsidian Entertainment, has been hard at work on their new open world RPG, The Outer Worlds. Stretching across numerous planets and regions, the latest RPG from Obsidian gives players a massive game to explore. Either go it alone or invite a few companions to join in o the action as you shoot and loot in what looks like a thrilling first-person adventure.

The Outer Worlds is scheduled to release in 2019 for the Xbox One, PS4 and PC, though no official date has been announced.

This iconic first-person shooter series makes another return following up on the 2016 reboot, Doom. Eternal looks to expand on what made the previous release so special by adding in twice as many enemy types, some new chaotic weaponry and a unique online mode known as “invasion” where online players populate your single player campaign as enemy spawns. Repel the demons as the Doom Slayer once more in the upcoming sequel, Doom Eternal.

Doom Eternal is being developed for the Xbox One, PS4, Nintendo Switch and PC, but has no official release date.

In 2017, gritty, hard-nosed platforming came back with vintage flare as Cuphead graced Microsoft systems with its quick and challenging, strangely addictive 2D run-n-gun action. While the base game provided tons of devilish boss fights and platforming levels, 2019 is adding to that mayhem with The Delicious Last Course DLC. The new expansion will bring a brand new map of levels, boss fights and weaponry to unlock, but the biggest add-on is the new playable character, Ms. Chalice.

The Delicious Last Course is set to release in 2019 for the Xbox One and PC as a DLC for the original Cuphead.

Just because the holidays are over doesn’t mean the quality releases are stopping any time soon. There’s plenty of enticing experiences that plan to hit gaming within the next 12 months plus, and if a specific game didn’t make this particular list, check out our ‘Best Looking Games Coming To PS4 In 2019, And Yonder‘ and ‘Best Upcoming Switch Games To Keep Your Eye On‘ lists, as they showcase even more upcoming releases.