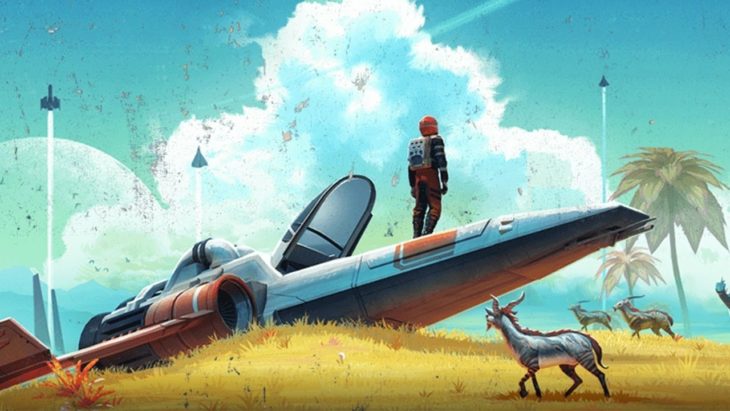 A Few Do Get Better Over Time

More so than ever before video game publishers are beginning to push out what seems like unfinished, uninspired games to the mass public – and many of the consumers aren’t happy. With stale and boring worlds, lackluster content, game-ending bugs and dull, repetitive tasks it’s no wonder why so many gamers are weary of day one releases.

However, over the past couple of years we have seen a different tale than the usual crash and burn of ill-fated releases. Developers stick to their guns and aim high in hopes of capturing back a large chunk of their initial fan base in an age of game changing updates, one after another.

While in the midst of yet another lacking, dry and forgettable experience in the form of a major post-apocalyptic title from a certain AAA publisher that shall remain nameless, let’s take a look at some previously stale titles that have began to resurface thanks to the hard efforts from the teams behind them.

In the first of three Ubisoft titles to make the list, For Honor released to a slew of tech problems and online matchmaking frustrations that kept the game from reaching its true potential. As a PvP combat styled game, players take on the roles of iconic warriors throughout the history of the world. Vikings, knights and samurais collided as online players utilized the exceptionally unique combat mechanics to deliver satisfying strikes and blows.

Fast-forward a year and half later and For Honor has engulfed itself in a slew of new changes, technological upgrades and plenty of enticing features and game modes. The most recent DLC update, Marching Fire, added a new faction in the Wu Lin, 4v4 competition on top of the castle storming Breach mode. Along with the latest DLC update now seven seasons flooded with content, patches and other tweaks has given For Honor one of the most efficient comebacks in recent years.

This highly anticipated Microsoft exclusive may still be in its first year of release, but developers Rare have worked tirelessly to regain any momentum it may have lost with the less than stellar launch of Sea of Thieves. The wide open seas overflowed with menial tasks, limited enemy types and the possibility of something much, much greater. Luckily, Rare has a master plan mapped out for the online pirate adventure game which continuously adds heaps of new content at a steady pace.

In less than a year, the sea savvy game has received several big updates adding features such as new objectives, AI skeleton ships and most recently, a brand new region to explore, Sea of Thieves has made a complete 180. From a game that initially only offered three quest variations, no more than two enemy types and a grueling grind of repetitive treasure hunts, Sea of Thieves has steadily began its transformation into a worthwhile multiplayer adventure.

Hello Games created such a massive hype for their procedural space exploration game when eager fans finally had the chance to sink their teeth into the game, the adventure came off as massively underwhelming. While the jaw-dropping gameplay trailer left many of us grinning from ear-to-ear with anticipation, what released in 2016 was nothing more than a tremendous letdown.

Since then, the developing team behind the ambitious space survival game has brought a slew of welcome changes to the formula helping create an experience closer to what we were all expecting. Major notable changes have come to the game free of charge over its existence bringing additional story narratives, much more lush and lively environments, base building and full multiplayer with co-op. The best part is there’s still plenty more to come to the incredibly audacious space title. We may have been mislead in the beginning – and that should not be tolerated within the industry – but, at least, Hello Games is making right by their actions and providing the vision they initially planned for all along.

Released back in 2016, the newest in the line of Tom Clancy video game adaptions provided an exciting concept, but was quickly held back by the overly repetitive gameplay, rather lacking multiplayer, balancing issues and uninspiring loot options. While initially praised upon release for its gripping setting and gunplay mechanics, the online portion still felt bare bones and unrewarding.

However, The Division has consistently received free updates including new equipment additions, daily and weekly missions along with two brand new areas to explore, as well as improved AI combat interactions. While free updates can be a game changer in the modern era of microtransactions, the pathway to success has been lead by a flock of paid DLC that have been well worth the extra cost. Ubisoft has given new life to The Division franchise with all-new game modes, loads more areas to explore and gameplay improving patches to keep the game going strong well into the impending sequel.

The third and final Ubisoft game on the list is also the longest running game to be given new legs in form of a comeback on the list. While the unfaithfully slow start within the beloved Rainbow Six series looked to keep Siege from ever properly lifting off, Ubisoft, as we’ve discussed earlier, started rolling out one update after another.

Through nearly three years of constant support, an eSports league and an ever-growing install base that’s reached over 40 million players, Siege has become a shining display of where GaaS could be headed in a more positive note, rather than negative. With microtransactions seeming to take a back seat, a plethora of added intense game modes, the idea of combining different operatives together for a more creative approach to the game and pumping out more content packed maps since its release – and still going – Rainbow Six Siege has finally lived up to the pre-release hype that shadowed the game up to its release.

While these 5 titles may not be the top games to play in 2018, they have made quite the comeback since their initial debut. From content riddled roadmaps in the ways of constant support by their developers, these games are proof that some games are just getting started when the launch date hits.

Now, whether or not the practices of releasing unfinished products at full price is acceptable, well, that’s an entirely different discussion altogether.