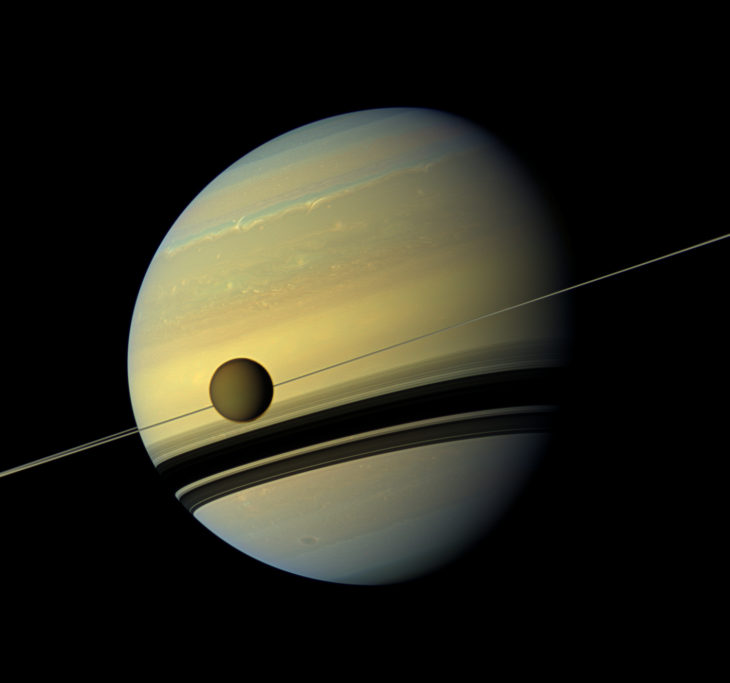 Titan, one of Staturn’s Moons, apparently has an even great capacity for life that we first thought. NASA has discovered that the moon has a special chemical which could be used to create ell membranes and is one of the “chemical precursors of life”.

NASA has published a brand new blog post on their website with some amazing information. Scientists have detected the chemical acrylonitrile in the atmosphere of the moon. However, the chemical is known as “vinyl cyanide” on Earth. The chemical is actually used in the production of plastics here on Earth yet this same chemical can have another uses.

The NASA blog explains that “under the harsh conditions” of Titan, the chemical is thought to be able to become a stable and flexible structure. This would allow it to enter a state similar to cell membranes.

The plant and animal cells of Earth would not last long on Titan due to the harsh conditions. However, it’s possible that Acrylonitrile cells would be the best candidate for surviving on the harsh world. As a result, any life that exists on the moon would most likely use this substance to form a cell membrane. Not only is the substance strong enough to survive, it’s thought that the chemical is plentiful in Titan’s atmosphere. The chemical would eventually make it’s way to the planets surface when it’s sent down via rain.

The discovery of this chemical is very exciting for scientists who are currently studying the planet. In addition to this, those researching the possibility of life away from Earth will also find this prospect very exciting,

We will continue to bring you updates as NASA learns more about the ability of this chemical on Titan.