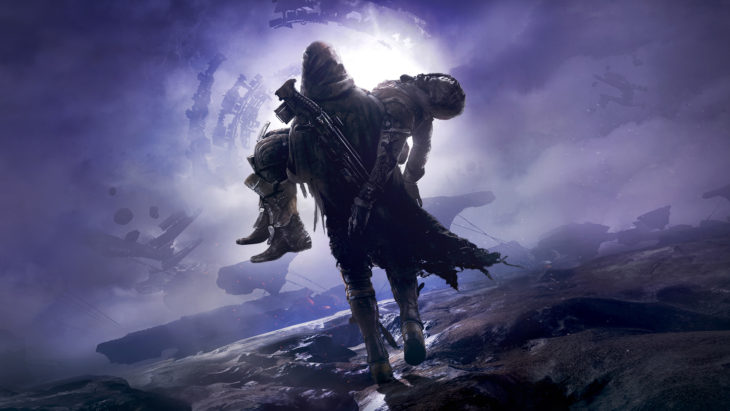 Adding More to Your Experience This Holiday

While there are tons of new games hitting consoles and PC this holiday, there are also some intriguing expansions and DLC releasing, as well. Whether you’re looking to add to your Destiny 2 experience or dive into more story from the vibrant world of Xenoblade Chronicles 2, there’s a little bit of everything in the coming months in terms of add-on content for already released titles.

These are the top 5 DLC/expansions that are releasing this holiday season.

Opening up the doors of Destiny 2’s second year, Forsaken looks to take the FPS action one step further by stepping up the gameplay and adding to the experience. New enemies known as the Scorn make their appearance to help alleviate the typical Destiny style of AI, as well as a variety of differing classes, forcing players to adapt to different strategies. Explore the new world of The Dreaming City and get back into a whole new mold of Destiny 2 with the release of Forsaken on September 4th, 2018.

Related: Narcosis Review – Exploring The Horrors Beneath The Sea

Call of Duty: Black Ops 4 vs. Battlefield V – Which FPS Title Will Reign Supreme This Year?

State of Decay 2 may have released to a flurry of unwelcoming reviews and scores, but that hasn’t stopped Undead Labs from relentlessly putting out game fixes in the form of patches, as well as the upcoming extra content – the Daybreak Pack. Including new enemy types – soldier class ‘Red Talon’, weapons, and plenty of new rewards to keep your survival growing. Take on the powerful Blood Plague Juggernaut and replay through tough Daybreak sessions once the new Daybreak Pack lands on September 12th, 2018.

The biggest expansion to the acclaimed Switch exclusive, Torna – The Golden Country is a prequel to the base game taking place 500 years before your adventure with Rex. Take on the role of the game’s antagonist, Jin, and learn about the world that he hails from years before the events of Xenoblade Chronicles 2. The new story expansion is apart of the Expansion Pass, or may be purchased separately to enjoy, even if you haven’t played through the base game. Torna – The Golden Country releases on September 14th, 2018 for the Switch.

For Honor may have started off slow, but it soon picked up steam after the kinks were ironed out. Marching Fire will be the biggest update for the game to date, offering a plethora of new game modes, new 4v4 along with a brand new faction – The Wu Lin. Take a break from PvP with the new Arcade mode which allows players to hone their skills with certain factions and warriors offering different objectives each time you play. Breach mode is a brand new challenge having players either storm castles, or protecting them, in a unique team-based play style. Finally, the Wu Lin faction takes the ancient Chinese warriors and gives players an extra amount of depth to finding the appropriate combat style that best suits them. The Marching Fire update releases on October 16th, 2018.

Surviving amongst dinosaurs and other exotic beasts isn’t an easy task, and Ark: Survival Evolved has ensured players of this truth. The third expansion to the dinosaur survival game has tons of new content, including new dino enemies, new weapons and tools, and the new boss known as, the Titan. Players will explore an unrecognizable Earth setting filled with new creatures and surreal locations to keep the gameplay feeling fresh and exciting. Ark: Extinction is set to release on November 6th, 2018.

While the holiday season is ripe with top-notch new game releases, diving back into some older titles just got a little more appealing with these excellent looking upcoming expansions and DLC.