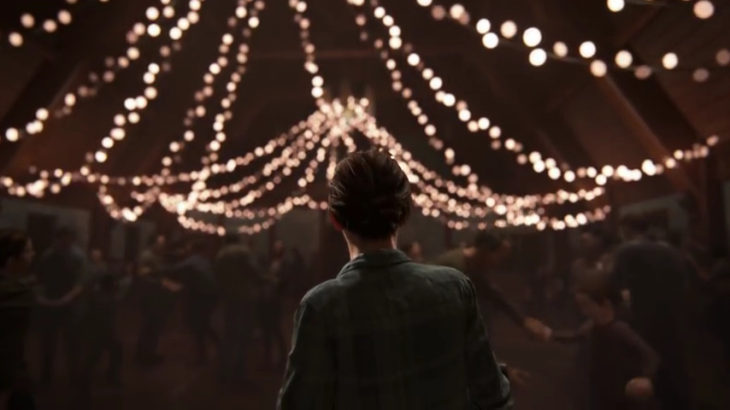 An Incredible Showing of One of Sony’s Most Anticipated Games

Opening up Sony’s E3 presentation Naughty Dog yet again displayed an astounding showcase of gameplay footage taken from their latest must-have title, The Last of Us Part II. There were many impressive facets to the almost 12 minute long display, but there was one impressive detail that stuck out most from the unveiling gameplay footage.

While the superbly polished visuals that are becoming a trademark for the veteran developers, the gripping narrative between an older Ellie and the bold statement to highlight her sexual orientation, or even the many gory moments that really dig in to the focus of hell on Earth are all extremely striking for the highly anticipated sequel, there’s one jaw-dropping detail that may have been overlooked by many. The seamless transitions from one action to another is an obvious note when viewing the trailer, but what’s even more incredible is how organic the world and AI appeared.

The Start of a Brutal Scenario

Let’s start at the beginning of the actual gameplay sequence. Ellie approaches what seems like a search party of enemies and naturally enters a stealth position to gain the advantage. From there it all seems like any other stealth missions from a variety of adventure games we’ve seen before, but it’s soon after we start to realize that this is not your average survival adventure; and these are not your average mindless enemy AI opponents.

Ellie soon becomes discovered by the scouring gang of baddies which triggers two quick paced, incredibly brutal kills followed by an alerted enemy whistling out loud to their squad. Ellie eventually ducks into a patch of tall grass and we hear two AI enemies quickly discuss their next move after intelligently detailing that “she went into the grass, careful”. This one line began a series of notes that begged the question that continued to eat away at me throughout the remainder of the footage.

“Are all of these random encounters completely unscripted?”

As Ellie continues to stay hidden, another pair of enemies shows up for the investigation, of which triggers the player to cower under a nearby truck. It’s then we hear two more enemies go into more detail about the situation, stating characters by name and commanding another hostile to double back. As any intelligent scavenger would do, the remaining enemy thus starts peeking under the cars for any signs of Ellie. As the enemy hostile approaches the truck Ellie is hidden under we see the player aim their pistol in preparation of becoming discovered, which soon enough, happens undoubtedly revealing Ellie’s location.

As quickly as she begins to crawl forward to escape from under the truck an enemy grunt grabs her from behind and yanks her out from her hiding spot. In a world where we’ve become increasingly used to AI opponents firing away at the underneath of a particular hiding spot from a standing position, I couldn’t express how refreshing it was to see Naughty Dog put a stunning amount of detail into the reactions of the AI enemies. Everything up to this point seemed so real, so remarkably natural that it captured what the evolution of games to interactive cinema is becoming; and it’s startling how advanced it has become.

An Incredible Amount of Intelligence from the Artificial…Intelligence

From then on we see Ellie run out of ammo and turn around for a quick sprinting escape, but not before taking a dose of rock salt to the chest. The seamless action of picking up and hurling a random bottle mid-sprint is incredibly fluid, as well as the next move to take up one of the hostiles hostage. While this doesn’t last long – as the enemies quickly dispose of their captured brethren – the freedom of playing how you wish begins to stand out in the gameplay.

As the scene takes us into a rundown convenience store, a group of three pile in and began searching for the runaway Ellie. Crouched behind a counter hidden from the invading enemies Ellie then savagely rips out an arrow from her wounded arm, an action that seems would have a negative effect if left alone. As Ellie begins to cautiously dance around the counters and tall grass to stay out of sight, the player realizes that they are outnumbered with no place to go. Oh, and in the middle of staying out of sight Ellie abruptly rips out an arrow from a lifeless corpse, shoving it into her backpack which then becomes a useful crafting item. So, the next logical step is to craft what seems like a molotov arrow in the midst of avoiding the search party.

While crafting played a huge part in The Last of Us, we do seem to get a small glance at some new tools of destruction added to the sequel. As the brawl erupts in sync with the exploding arrow, Ellie then demonstrates the viciously brutal melee attacks we can only assume she learned from Joel. But, again, what impresses me here is not only the reaction of the AI, but how each character is disposed of in tandem. The final brute shows immense strength, but also a resounding glimmer of actual human attributes.

An Impressive Amount of Detail in Every AI Reaction

Where the norm in the video game world is having enemies die in a rag-doll flinging fever of movements upon death (I’m looking at you, Skyrim), the hostile enemies in The Last of Us Part II show an impressive amount of realism. Instead of pummeling her enemy into a deadless wave of movements, the mighty brute shows a heavy sign of wear and loss of stamina resulting in the collapse to his knees. Ellie then promptly finishes him off with a couple of hacks of a machete as he rambles on about “a sacrificed lamb”, in turn winding down the gameplay sequence. And there I am still pondering that same question about how unscripted those sequences will be in the game.

While the demo was most definitely scripted due to presenting a live look at the game during E3, I can’t help but wonder what would have happened if certain events turned out differently. What if Ellie was never discovered early on in the footage and completed the chapter unseen? Would we see those short narrative sequences between the two hostile enemies? What if Ellie chose not to hide under the truck instead staying out of sight in the tall grass, in turn allowing a set of different events to occur while staying hidden? How much of this game will be unscripted actions based off of the player’s tactical decisions?

While the entire gameplay trailer was even more captivating, emotionally powerful and relentlessly brutal than we may have been expecting, there’s no denying that Naughty Dog is solidifying themselves as one of the most appealing and iconic game developers in the history of modern gaming. By taking the industry to new angles of presenting what makes a game so immersive and engaging, The Last of Us Part II looks like it may be taking the industry to entirely new heights. The world seemed to become so alive and organic throughout the duration of the trailer. And impressively crafted AI designed to react accordingly to every type of situation is something that many games only acknowledge but never seem to quite nail.

Here’s hoping Naughty Dog can change all of that.