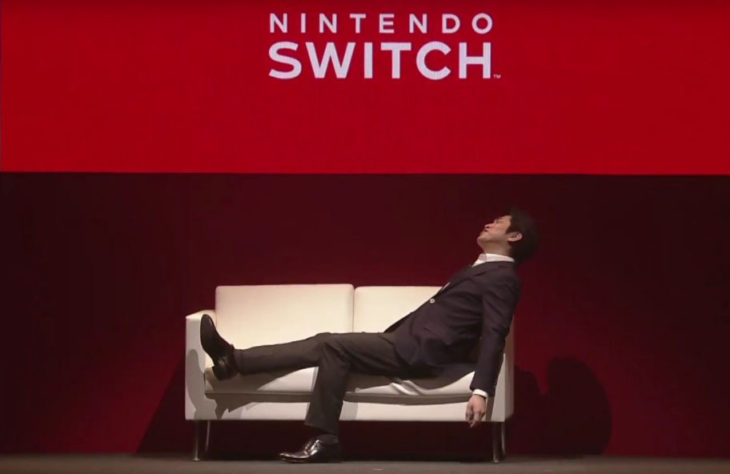 How The Big ‘N’ Can Step Up Their Game

Nintendo has been a cornerstone of the video game industry for over 3 decades now and they still continue to produce incredible experiences every single year they stick around. And their latest piece of hardware – the hybrid Switch console – shows there’s no signs of slowing down with innovation and unique ideas. However, there are some nudging problems that have continued to arise over the years, and many of those underlying issues we’d like to see patched up during the current generation of the Switch.

One of the biggest gripes from the community regarding Nintendo is their lack of moderate price drops – especially on first party exclusives – and enticing game deals. While the latter happens occasionally, it’s typically only enough of a reduction in cost to cover sales tax. Meanwhile, Sony and Microsoft offer weekly sales that provide gamers with awesome AAA games and indies for up to well over half off the retail value. Now wouldn’t it be nice to see that from Nintendo?

While worthwhile game sales is a must-have in our eyes, exclusive price drops on first and second party IPs is something that Nintendo also heavily lacks. Nevermind the fact that Mario Kart 8 Deluxe is a one year-old port of a game that’s already four years old and still sells for full price on the Switch, but the year-old standard Breath of the Wild package without the season pass is also still running at full price. Compared to Sony exclusive games like Horizon Zero Dawn and Persona 5 that are just as sought after and competed with the 2017 GoTY nominees alongside BoTW, but have also seen modest price drops over the course of their availability.

We all know Nintendo’s hottest IPs are stellar experiences, but hovering them over full price tags and minimalistic sales seems like one of the greediest moves in the industry. It feels like it’s time for a change, Nintendo.

Related: The Temples – A Metal Tribute Album to Ocarina of Time is Available Now, And It Will Melt Your Face

While in the past Nintendo has kept a closed circle of first and second party support over third-party developers, the Switch seems to be changing course – even if it’s rather subtle. With Bethesda stepping up their game to support the latest piece of Nintendo hardware with ported titles like Skyrim, Doom and Wolfenstein 2, there’s still plenty of multiplatform titles we’d love to see hit the hybrid console. And Bethesda isn’t the only third-party studio to adapt to the Switch hardware, either. Titles like Dark Souls Remastered, Crash N. Sane Trilogy and the upcoming Dragon Ball FighterZ port are also huge strides forward in the Nintendo Switch game selection.

We all know Nintendo’s exclusives, like Zelda, Mario, Xenoblade, Splatoon and most recently, Octopath Traveler provide reasons enough to own the latest Nintendo console, but how about the Nintendo diehards that are missing out on all of the third-party titles that release on the PS4 and Xbox One? How many of us would love to play previously released hits like GTA V, Finaly Fantasy XV or Metal Gear Solid V: Phantom Pain – or even upcoming anticipated games, such as Kingdom Hearts III or the Resident Evil 2 Remake – on the hybrid console? Yes, Nintendo’s first and second party lineup is awesome, but there’s so many more titles that can make the Switch stand out even more amongst its competitors.

When the voice chat application launched for the Nintendo Switch the world of online Nintendo gaming couldn’t wait to move past the horrendous idea. With the need for a smart device, the voice chat app and a mess of wires, players felt confined to confusing party chats when playing their favorite Nintendo titles online. While the native voice chat options have improved since then, there’s still some solid work to be done.

While the release of Fortnite has the voice chat option seeing improvements in the hardware to easily set up parties for chat and squad-based voice communications, there’s still some missing elements in doing so in other online titles. Splatoon 2 offers native voice chat, but only for those in LAN parties. And while an apparent QA tester for the Switch has revealed new dev kits being released to Switch developing studios to support native voice chat as of April 2018, there’s still no official word from Nintendo themselves.

We’re hoping by the time Nintendo’s new online subscription service hits consoles in September, a brand new native voice chat option will become open to the public across all Switch games featuring online multiplayer. Or, at least supported for the upcoming online games, such as Super Smash Bros. Ultimate or Super Mario Party.

All in all, Nintendo has shown it’s still capable of producing some of the most memorable and enjoyable gaming experiences in the industry. But, they’ve also displayed that their not always firing on all cylinders, and there’s still some much-needed changes that need to occur within their own house.