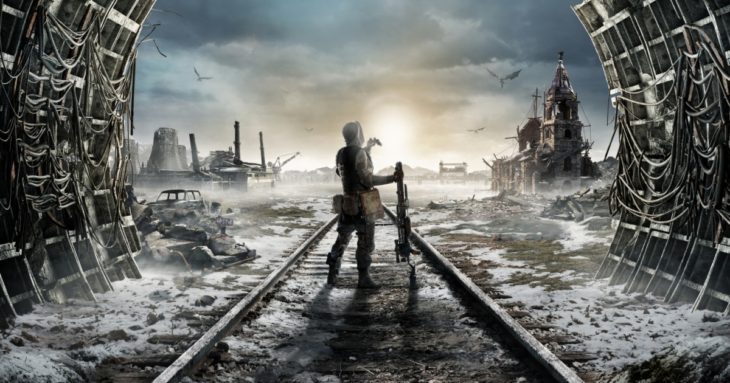 Throughout the current generation of video games the industry has been overflowing with incredibly detailed open worlds, deep and riveting RPGs and a gracious amount of delightful indie titles making a name for themselves in the big leagues. However, what seems to be missing from the flock, especially when compared to the previous generations, is a consistent flow of white knuckle, gripping, action-packed original first-person shooters.

Now, that’s not to say we haven’t seen our share of Call of Duty’s, Battlefields or other timeless classics reborn (i.e., Wolfenstein, Doom), but what about something new to bring to the table? Year after year the industry sees the same two heavy hitters duking it out to near-identical fanfare, with the occasional flutter of something new (but, not really) for fans to dive into. Yes, we’ve seen the birth of Destiny, Titanfall and Overwatch which have become some of the most played shooters this gen, but that hardly holds a flame to the FPS titles we saw last gen alone.

Related: Could We See Sunset Overdrive On PC?

With Killzone Shadow Fall and Halo 5 representing their respected gaming console early on in the generation, the FPS genre has largely fell into a limited void. Last gen players had the chance to get their hands on unforgettable shooters like Resistance, MAG, Crysis, Bioshock, Borderlands, Left 4 Dead, Killzone and a plethora of others in the mix, the current gen has seen a rather unfavorable amount of quality FPS experiences. Metro and Rage are making comebacks which is exciting to see, but what about new IPs?

The first-person shooter has long been a staple in the video game world, and there’s still demand for the genre among fans. The annual sales of the Call of Duty franchise, Battlefield and Overwatch community is on going proof of this, but the steady pace of single player games also shows demand for engaging narrative-driven titles as well. Online battle royale may currently be one of the hottest genres in gaming right now, and the FPS community is no doubt feeling the surge – but there still seems to be a real lacking of any substantial first-person shooters this gen.

What we have seen this gen is loads of open world RPG or adventures mixed with various RPG elements that pursue deep character progression, moving plot lines and heavy-handed combat mechanics. While many of these titles have gone on to sell hundreds of thousands, if not millions – and rightfully so – there needs to be more diversity in the massive selection at our fingertips. Publishers like Sony has a diverse selection of Playstation exclusive titles making waves all generation, but only one major FPS within the line up – and that was 2013’s Killzone Shadow Fall. Since then, we’ve seen plenty of high-rated releases from the PS4 manufacturer earn their place in the coveted “games of the generation” list, but none of which touching the FPS category.

Related: 6 Of The Most Stylish Graphics We’ve Seen This Gen

As we question what has not released in the past, at least we know there are a few promising first-person shooters on the horizon, and further. Metro Exodus, Rage 2 and Doom Eternal all look to help cure the bleak selection of current FPS titles, but there are still no new FPS IPs hitting anytime soon. Borderlands 3 has been confirmed by Gearbox, but has largely stayed out of any light regarding specific details – including a release window. Halo Infinite will have Xbox One owners (possibly next-gen, as well) yet again taking on the role of The Master Chief in the series’ sixth major installment. But, again – where are all of the new IPs?

Whether the industry feels as though gamers have become burned out from the immersive shooter genre, the developers themselves have lost interest, or perhaps a flood of incoming announcements will solve this first-person shooter dilemma, as of right now, the players only have a very select few of titles to choose from. Of course, maybe an absence is good for the genre, and when a rush of new FPS games hits, the whole community will be foaming at the mouth for original FPS action. We can’t always be spoiled by getting everything we want from an industry, so we can at least enjoy what the industry has to offer in the meantime.

However, that doesn’t mean we won’t be keeping our fingers crossed for more FPS announcements in the future.