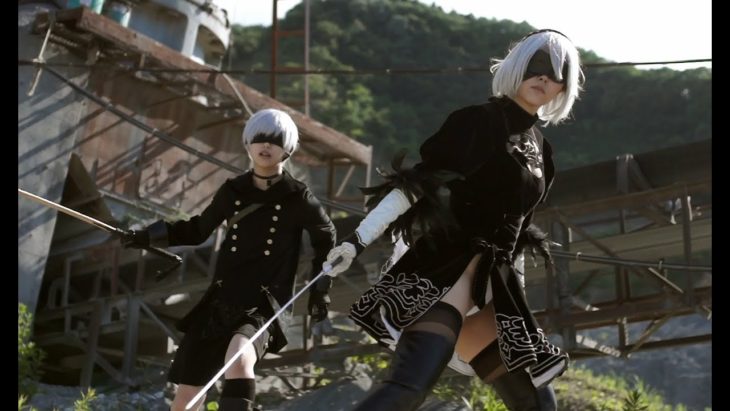 The Industry is Continuously Growing

The community has seen an influx of great experiences in both single player games and multiplayer games in recent years, so why do so many consider one play style to be more dominant than the other? The truth is that video games have become so unbelievably universal, so broad in terms of gameplay that they’re finally opening up to becoming one of the most diverse, if not most influential methods of entertainment in the modern era. And both single player and multiplayer experiences are only evolving further as a whole.

What started out as a recreational past-time geared more towards kids and teenagers, video games have come a remarkable way since the days of pixelated visuals and arcade halls. With the rise of eSports, Blockbuster AAA hits like The Last of Us and Breath of the Wild, and inventive new ways to eek out more competitive events and content than ever before – video games, both SP and MP, are anything but dead. And it’s the recent releases within the past year or so that’s made this statement so blatantly obvious.

Related: God of War Review – Too Good to Put Down

Most recently there has been many claims stating single player games are dying off; and with developers seeming to profit significantly more from subscription services/games, add-on content and, dare I say it – microtransactions, it’s hard not to argue with that statement. That is, if terrific single players games weren’t currently knocking the industry off it’s feet with stellar masterpieces, such as Horizon Zero Dawn, Super Mario Odyssey, Xenoblade Chronicles 2, Persona 5, and most recently – God of War. And these are only a small portion of what the single player experience brings to the table.

But let’s not get off focus. We’re talking about multiplayer games thriving, after all – and thriving they are. Player’s Unknown Battleground lifted off to an incredibly rewarding concept of the last man standing battle royale method of competition. Adapting the concept from the H1Z1 spinoff, PUBG is sitting at the top as one of Xbox One’s best-selling exclusives – right next to Halo 5: Guardians, and most recently Sea of Thieves. Not only that, but the overwhelming play style of the battle royale concept has taken off and sparked a slew of other BR clones that are taking the gameplay to brave new heights.

Fortnite is one such title and currently reigns supreme over the entire BR catalog. While PUBG help ignite the spark of popularity increase of the every man for themselves concept, Fornite helped reinvent the genre. The unique methods of crafting and constructing barriers and other useful platforms helps add to the diversity in gameplay strategies and overall entertainment value within the competitive genre. Also, perhaps having Fortnite’s Battle Royal mode Free-to-Play is another reason why it’s so popular today, but that’s sure not keeping the game from seeing huge profits. But, then again, no one is forcing many of these streamers to devote their restless days to one BR match after another. And no one is forcing viewers to watch them either. They’re just that interesting.

And let’s not forget the continued success of online titles like Call of Duty and the Battlefield series. These particular franchises shine most in their competitive nature of multiplayer matches, so much so that the rumors alone circulating about the absence of a traditional single player campaign have in the upcoming Call of Duty: Black Ops 4 shows just how multiplayer heavy some of these shooters are becoming. Overwatch is another example of developers and the industry taking advantage of the monumental rise in online competition among the FPS genre, taking players as one of the top eSports titles today.

With so much focus on competitive eSports and multiplayer only titles it’s shocking just how many single player focused games, not only release every week – but continue to sell well into the millions annually. And while the single player experience may not always see the massive profit margins that some multiplayer titles bring in, that doesn’t mean they’re not successful; or even profitable. It’s more of a testament of just how well the multiplayer circle of games are actually doing. But, that being said, with the exception of Player’s Unknown Battleground, every other game of the year contender in 2017 were single player experiences.

And things don’t seem to be slowing down anytime soon for the single player crowd, either. With an already incredible amount of either single player only games, or a mix of single player/multiplayer titles – 2018 has brought forth quite the collection of game of the year contenders, and not even half way through the year. Most recently, Sony Santa Monica’s 2018 release of God of War brilliantly captivated what SP based games do best. Bringing in unforgettable moments, characters and stories, swirling in excellent gameplay mechanics and inventive ideas to keep the game engaging and rewarding from start to finish are at the heart of SP games, and God of War accomplishes this immensely.

With the upcoming E3 2018 events, and the already confirmed releases still to hit the industry hard, like Detroit: Become Human, Red Dead Redemption 2 (which will strike both SP and MP players accordingly) Spider-Man, Crackdown 3 and Octopath Traveler, there’s still plenty of new releases and surprises awaiting the single player realm of gaming within the remainder of 2018. And the sudden burst of some of our favorite classic remakes either released or coming soon only add to the still culminating relevancy of the single player experience.

Both SP and MP are Thriving

There’s no need to bring down one style of game to significantly bring attention to another. Both single player and multiplayer experiences are being represented by some of the best releases to hit the ground in the modern era of gaming. One may seem to be doing better than the other, but that doesn’t mean one is becoming extinct. Both single player games and multiplayer experiences bring new and creative strides in pushing gaming evolution even further than before. The rise in video games as a whole only solidifies the importance of interactive entertainment and media – and will only grow year-in and year-out by learning from both previous failures and successes within the industry.