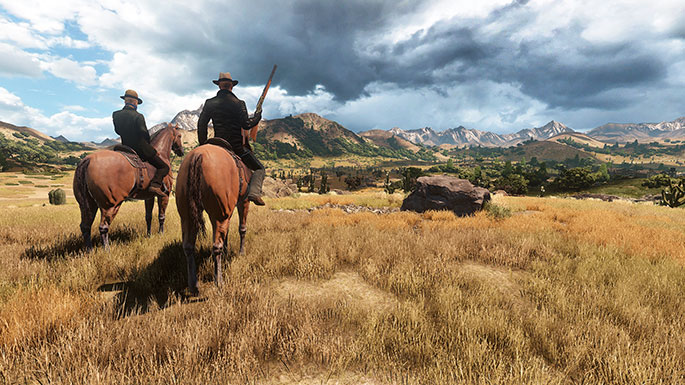 An image was leaked online this week and many gamers thought it was Red Dead Redemption. It looks very similar to the Rockstar game and the image was first leaked on a Grand Theft Auto forum. However, it’s now been revealed that this image doesn’t belong to RDR, it’s actually from a MMO game called Wild West Online.

While this game isn’t RDR, there’s great news for PC fans of the Western genre.

The new game is being developed by 612 Games. The team includes members who previously worked on Crysis and League of Legends. In an interview with PC Gamer, creative vice president of publisher DJ2 states that “there’s an audience for this that just wasn’t being served on PC”. He adds that they wanted to make a big open Wild West world that players “can really live in”.

Details on this new game are very limited right now but a full reveal will be coming later this month. For now however, the developer has passed some information on to PC Gamer.

Wild West Online is a PvP MMO game. Players will be able to specialize into different jobs which pushes the economy system along. It will also feature a law system where players will have a bounty placed on their head if they commit too many crimes. However, there are no enemy NPC’s in this game and only other players can claim the bounty. Hopefully the developer will reveal more details on this system soon.

A Kickstarter campaign for the game will be going live soon. The developers plan to ask for $250,000 to develop the game and there will be several stretch goals.

The official website for Wild West Online states that a reveal will be coming on May 26th. It’s currently thought that the MMO game will be releasing later this year however, a release date has not been announced so far.