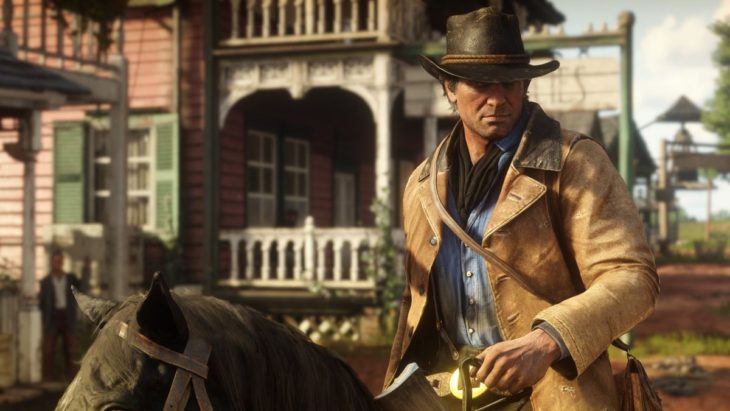 Two Colossal Years Back to Back

With only a few months left in 2018, the gaming community still has plenty of hot releases closing in up until the final weeks of the year. This time last year many critics were chalking up 2017 as one of the best years for video game releases in recent memory, however, 2018 isn’t quite over and we’ve already seen some stellar titles hit throughout the past nine months or so. So, will 2018 go down as a better year than the incredibly impressive 2017 lineup?

With a slew of PS4 exclusives, the rise of the trendiest gaming phenomenon in Battle Royale and Nintendo’s massive Switch launch year – 2017 had a recipe for success almost right out of the gates. Gamers saw everything from a new Super Mario and Legend of Zelda title within months of each other, online gaming reach impressive new milestones, as well as the promising experiences brought forth by exciting single player games. On paper, it seems hard to beat a year where so many different critics and fans saw a handful of titles deserving of the coveted GotY award – but 2018 seems to put us right back in that position.

Starting Off With a Bang

2018 opened up with a bang with Dragon Ball FighterZ seeing fighting and anime fans raving over Arc Systems addictive, fast-paced brawler. On the same day in January, Monster Hunter World unleashed Capcom’s popular franchise among consoles worldwide for an insanely challenging but highly entertaining experience. Within the first month of the year the industry saw two distinct titles that could easily sit in the top 10 of the year. And there was still so many huge games that kept the community pleasantly overwhelmed all year round.

Recent: The Ups And Downs Of The Nintendo Switch Online Service

On the Sony side of things in 2017 the PS4 saw impressive exclusives like Persona 5 and Horizon Zero Dawn, both of which are highly regarded as some of the best releases of the year. Without cutting any opportunity back, the PS4 in 2018 has offered more top-notch exclusives, such as the return of Kratos in God of War, Quantic Dream providing their best work yet in Detroit: Become Human, and most recently the charts have been peaking with Insomniac’s insanely entertaining super hero title, Marvel’s Spider-Man.

And with Blue Point’s Shadow of the Colossus Remake, the charming Ni no Kuni II: Revenant Kingdom and Dragon Quest XI hitting worldwide audiences, it’s been a year full of highlights for PS4 owners. That’s not mentioning the scattered third-party titles that have either already released, or are still on their way.

The Year of the Switch

While Switch owners not only received their latest Nintendo hardware in 2017, and with games like Breath of the Wild, Super Mario Odyssey, Xenoblade Chronicles 2 – even the option to take Bethesda’s Skyrim on the go – 2018 may have started off slow in comparison for the hybrid console, but it’s ending the year graciously. Octopath Traveler was the first big-ticket title to keep Switch owners at the edge of their seat, as well as a slew of impressive indie titles like Celeste and Dead Cells making their way over to the Switch.

However, the last few months is where the Nintendo console begins a downpour of must-have exclusives and ports. Previously mentioned Dragon Ball FighterZ makes its debut on the Switch, as well as Blizzard’s award-winning Diablo 3 – providing players with a fun mobile experience. But what really gets Nintendo fans going is the upcoming releases of Super Mario Party, Pokemon: Let’s Go Pikachu/Evee and the big system seller, Super Smash Bros. Ultimate.

Xbox One Making a Comeback?

The Xbox One has also seen a significantly better year with Sea of Thieves finally picking up steam and becoming the game the Microsoft crowd was expecting, and the open-world racer, Forza Horizon 4, reeling in incredibly positive reviews ahead of its release in just less than a week. And while the exclusive lineup may not compare to its competitors, the Xbox One X bolsters a high-powered experience for all of the hot AAA third-party titles hitting storefronts.

From titles such as Far Cry 5, Shadow of the Tomb Raider and the cooperative heavy A Way Out, to upcoming behemoths Assassin’s Creed Odyssey, Spyro Reignited Trilogy and Red Dead Redemption 2, there’s plenty of multiplatform titles to keep most console owners busy well-into 2019. And the year isn’t only playing favorites to the single player crowd either, as multiplayer heavy titles like Black Ops 4, Battlefield V and Fallout 76 all have their role to close out 2019.

Momentum Into Next Year

With every big game that has already graced our consoles and gaming systems this year, and so many more still to come in the waning months of 2018, it’s hard not to take a look at the year and consider it one of the bests over the past decade, or so. But, is 2018 shaping up to become better off than 2017? While there’s still plenty we haven’t played yet this year, it’s becoming increasingly clear that we’re headed for another monumental year in gaming. Here’s hoping 2019 will continue this trend.