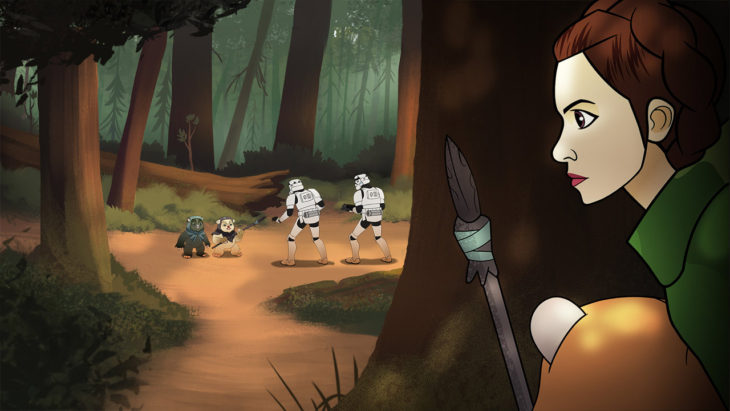 Disney has announced that the women of Star Wars are coming together for a short but epic animated series called “Forces of Destiny”. The series is aiming to celebrate the pioneering female characters in the Star Wars universe. The episodes will be exploring brand new adventures for each of the women.

This animated series will be a very short one. Episodes are only 2 – 3 minutes each and the micro-series will be available on the Disney YouTube channel. However, there will be a two-part TV special which includes eight additional shorts later this year in the Fall.  There is currently no premiere date for this two-part special but we know it will be coming this Fall.

The micro-episodes of Forces of Destiny will premiere on July 3rd via the official Disney YouTube channel.

“The choices we make, the action we take shape us into forces of destiny”

The trailer ends with a call to action for the ladies which states “The choices we make, the action we take shape us into forces of destiny”. The sneak peak trailer shows a range of female characters from the universe however, it also confirms there will be cameo appearances from other characters. Yoda, BB-8 and Ewoks will all star in at least one of the episodes.

Here are all the Star Wars women that we know will be in the show:

Forces of Destiny will be borrowing women from all over the Star Wars universe and it will be interesting to see how this works in reality. The trailer is filled with action scenes for each woman and while the episodes are short, they’re sure to be action-packed.

A new short will be published on the Disney YouTube channel every day at 10am PT from July 3rd.