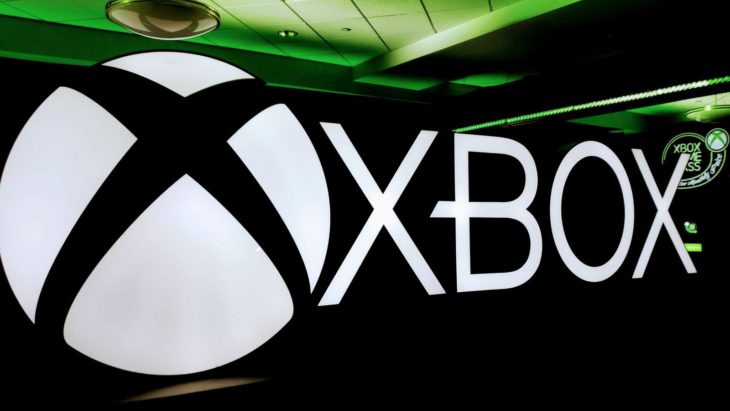 Throwing Some More Horses In The Race

With Nintendo seemingly striking gold with nearly every handheld device they’ve released, while Sony saw both rising success and dismal sales with their digital devices — where would Microsoft land if entering the mobile industry?

This is a question that seems to continuously make the rounds across the gaming industry. As Sony and Nintendo have branched away from their home console market throughout the years, Microsoft has faithfully stuck right by their Xbox brand. And while many could make the argument that with the rise of mobile games due to smart devices plugging the market would have been validated in the passed, Nintendo has shown that gamers are still interested to see what a dedicated handheld has to offer.

However, the rest of the industry has been bombarded with powerhouse consoles and a surprising effort towards including VR into the gaming experience. Handheld gaming has largely been thwarted as a “casual” approach to gaming. The visuals are typically far inferior to the standard home console, games aren’t as large and the smaller product designs makes it difficult for gamers to get the right “feel” of gaming.

Has Nintendo Cornered The Mobile Market?

This is where I’ll point you towards the Switch. Filled with visually stunning experiences, an impressively packed library and comfortable handheld hybrid that has displayed handheld gaming in a new light. Even with the big ‘N’ and its dedicated fan base, the Switch is surpassing an impressive amount of sales figures, on track to become one of the bests the industry has seen, thus far.

Now, all of this raving on the Switch isn’t meant to put a damper on the cherished efforts by Sony’s own PS Vita, or its predecessor — the PSP. The latter took the idea of portable gaming and offered incredibly new experiences never before presented on the mobile market. A later model, known as the PSP Go, did allow a mobile platform to connect to a television, but wasn’t offering console-like performance. It was playing handheld games on a TV rather than a console experience on the go.

The Vita, while severely out numbered by the PSP, managed to produce the most powerful handheld console on the market, improved controller layout including a second analog stick, front and rear facing cameras along with a touch screen both on the display, as well as a rear touch pad.

The innovative Vita console, however, failed to meet expectations in every corner of the world except the mobile friendly Japanese culture. With the Vita struggling, and the failed initial attempt at Nintendo fusing the home and mobile console market with the Wii-U, the industry was ready to cast off handheld gaming to the casuals and their smart phones.

And this brings us back to the Switch. The technology has allowed Nintendo to pack their game cartridges with beautifully crafted worlds that play almost as impressively on the go as they do on the big screen at home. But what could Microsoft add to the vision Nintendo has seemingly cornered?

The recent past has shown us one very clear detail regarding the future of handheld gaming: there’s a place for it, but we (the community) crave the option to take big budget titles with us on the go, or sit back and enjoy them at home. Just as major consoles rely on an impressive selection of games to choose from, the handheld market is no different.

Don’t Count Microsoft Out Just Yet

One of the most required features to implement if Microsoft were to jump ship into the mobile gaming platform is the hardware would need to pack a serious punch. But perhaps even more valuable is to give owners options. The Vita was a serious piece of gaming hardware, but limited players to handheld gaming only. Sony later tried to rekindle the flames with the Vita TV — a small device which allowed Vita owners to play their games on a television — but came too late, well after the Vita lost any steam it may have generated.

The Wii-U later attempted the importance of giving their players more options, but instead only frustrated much of their user base. The massive controller which acted as both the primary gamepad as well as a substitute for a handheld device worked well enough, but only when in range of the system itself — similar to the Vita’s ‘Remote Play’ feature. Soon the gimmick wore off and players were again limited as to where they could game on the go, and the quick life span of the Wii-U proved that this method wasn’t the answer.

Fast-forward to 2017, and Nintendo bounced back with the remarkable success of the true hybrid design, the Switch. But what makes the Switch so innovative isn’t just the mobile/console design, but other facets, like the interconnecting Joy Cons and unique touch screen and motion control options. No other console manufacturer has combined the features the Switch has into one platform, yet. But maybe it’s time someone outdoes Nintendo by being more “Nintendo”.

Maybe it’s Microsoft’s time to shine. They have been pumping out an impressive amount of Xbox One consoles, from slim versions like the ‘S’ model to performance powerhouses like the ‘X’, even to the rumored ‘disc-less’ model said to release this year. Microsoft has also yet to enter the VR console market, leaving Sony all alone in the VR console race. Could we see the Xbox brand create a new path for gaming with a true mobile VR experience. A console that plays Xbox One quality games wherever and whenever you please? Only time will tell, but we shouldn’t count them out just yet.