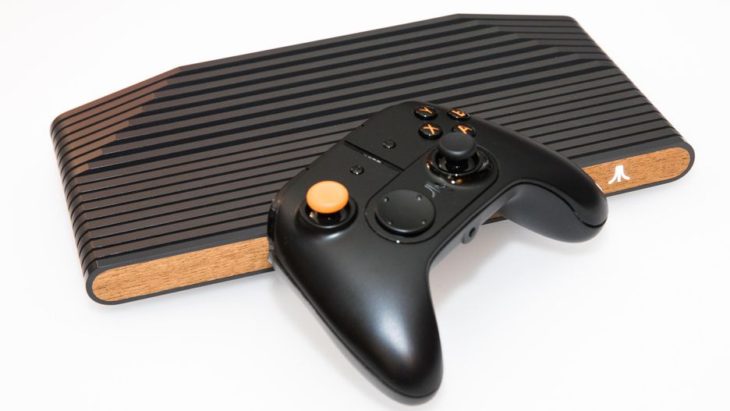 Save Room For More

For nearly the entirety of video game history there has only been a select few of major console contenders. Nintendo has been a supportive stake within the ranks of console makers, but Sony and Microsoft have also began to cement their status in the industry. However, with the likes of Atari, Huawei and even Google looking to strike gold in the ever-growing interactive media platform, one must wonder is there’s even room for more contenders.

After all, most of us only have room or financial stability for one or two gaming devices per household – so are we really willing to take the risk of jumping in on an unproven console provider? And, how would it affect the industry?

Well, for starters, a well-known name in the industry would help. Sega or Atari are worthy names for grabbing the attention of the gamer crowd, but that doesn’t necessarily mean either would do well against the monumental advantage of today’s console contenders. With that being said, Intellivision is gearing up to approach the casual gaming crowd – so do they stand a chance against the likes of Sony, Microsoft and Nintendo?

The Intellivision Amico is an upcoming gaming device looking to enter the console war, but rather than focusing on big AAA releases – they’re looking at the more casual crowd. In an interview with IGN, Intellivision President Tommy Tallarico proudly details that the return of the Atari competitor is driven towards pleasing gamers of all shapes and sizes. No matter your interests, Intellivision is hoping to have something for everyone, including some older classics that first appeared on the original console.

Related: Dreamcast Games Might Be Making Their Way To The Switch

On top of Intellivision making a return, it only fits that Atari is also looking to jump back in the console race, as well. The Atari VCS looks to combine both retro and modern gaming with two separate controllers: a classic joy stick and a modern game pad. While you can’t really find hardware like the Atari joy stick on any of the current systems, gamers do have the option to dive back into retro gaming without the need of a brand-new console design.

These new upcoming consoles, especially Intellivision, look to invoke the retro casual gamer that doesn’t have the time to dive into modern masterpieces brought forth by the PS4, Xbox One and Switch. But, does the industry need more consoles for that? After all, mobile gaming has continuously been on the rise and is particularly geared towards that very audience. Even though these new contenders are well-known names, how well will they actually sell given there’s already a platform for the casual gamer?

The retro crowd is also pretty well taken care of, so why dedicate a brand new piece of hardware to that audience specifically? Sure, the new set-up and modern technology will no doubt be impressive, but that’s not what retro gamers are looking for. Not only are Switch owners receiving classic NES titles (and probably other vintage console games in the future) from their online subscription service, but retro-based consoles like the Retron and Classic Minis offer up a cheaper alternative for retro gaming.

Whether or not the industry is ready for more console contenders, they’re coming. Atari has already started taking pre-orders for their upcoming VCS console, and Intellivision is eyeing 2020 as the year to unleash the next installment of their console line, the Amico. But, with hardly enough room for the big three console contenders, mobile and handheld platforms, classic minis, vintage consoles themselves, VR and PC – can we really expect much from the consoles arriving late to the game?

While most of us will continue down the path of least resistance and most familiarity – I guess we’ll just have to wait and see just how far these new contenders can take their upcoming gaming units; and if there’s any room for more hardware to choose from.