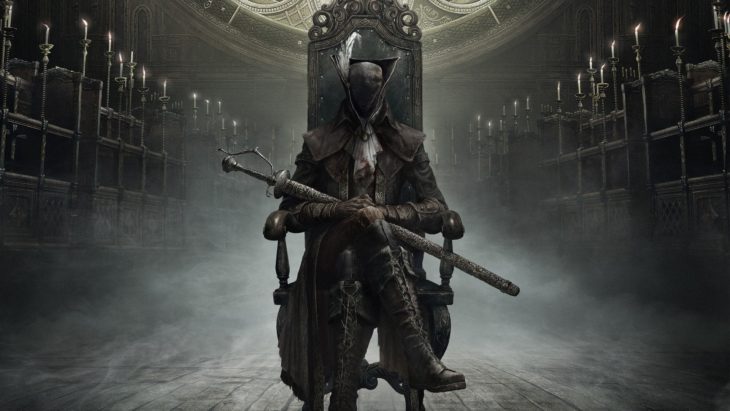 Every now and then the gaming industry experiences a new IP that sets itself apart from the rest of the herd. We’ve seen plenty of top-tier titles make their blip in the video game historical timeline, but there are some that we hope will continue onward in the form a sequel.

Here are our ten favorite games from the past decade we’d love to see make a run at a sequel:

Though short, The Order 1886 was a remarkable adventure/thriller set in London during a fictional period when the city was becoming overrun by werewolves and vampires. The production value alone set The Order apart from games shot in a similar third person manner with one of its biggest disappointments being the player feeling cut short by the sudden ending. A sequel would allow players to continue the evolving story, and perhaps allow the developers Ready at Dawn to tweak the controls that held back the gameplay in the first.

Blowing up in 2017 was Guerilla Games’ departure from the first-person franchise, Killzone, and the introduction of their debut into the third person action-RPG world with, Horizon Zero Dawn. Set one thousand years into the future after mankind has fallen back into tribal living and the land is littered with massive mechanical beasts, Horizon gave players a rewarding experience unlike anything else in its genre. There’s almost no question Guerrila Games will reward players with a return to Aloy’s story, but the real question is when?

2018 has produced quite a few awe-inspiring, authentic gaming experience in all sorts of forms. Sony Santa Monica helped out tremendously with their re-envisioning of Kratos and the continuation of his story after his many bouts with Greek mythology. Now taking place during the time of Nordic gods, Kratos is accompanied by his quick-to-learn young “boy”, Atreus in an action-packed, all-too epic, completely endearing adventure across the many different realms of the Nords. We’re almost certain SSM is returning for a sequel, as the hidden ending alone leaves you breathlessly hanging on for more.

Recent: What Are The Chances These 5 Games Could See The Light Of Day?

The first of two Insomniac titles making their way onto the sequel list, Sunset Overdrive was an early masterpiece for the Xbox One console. The not-too-distant post apocalyptic city of Sunset provides players with a fast-paced sprint through a mutant infested, corrupt corporation run metropolis of mayhem. With the massive success that continues to follow Sunset Overdrive, and with the game recently being ported over to PC, a sequel would surely please the ever-growing fan base that excitingly praises the unique action-adventure.

A Lovecraftian spin-off from the Dark Souls series, Bloodborne haunts its players with a grim outlook on a land held hostage by foul beasts. On the night of the hunt players explore through this dark and twisted action-RPG with an incredibly deep Souls-like progression system, gripping combat and the thrill of taking down each memorable boss fight after another. With such an overwhelming fan base behind the werewolf hunting adventure game, Bloodborne 2 may be at the top of many Souls fan’s wish list.

Following Bloodborne up with another From Software title, 3D Dot Game Heroes was an oh-so charming retro-inspired action adventure game. The Zelda look-alike gave PS3 owners their own take on pixelated dungeon crawling and sword fighting action that they couldn’t find anywhere else. It’s been almost a decade since the release of this old-school style gem, and the cult following has been practically begging for a follow-up chance to embark on a brand new adventure. Here’s to hoping that developers Silicon Studios is working on putting together a sequel for the pixel busting action adventure.

Microsoft and developers Studio MDHR wowed gamers in 2017 with their vintage-styled run-n-gun platformer, Cuphead. With the classic 40s inspired visuals and theme, the quickly paced platforming action and incredibly difficult but addictive boss battles, Cuphead stuck with fans of the otherwise dated genre. With the DLC, The Delicious Last Course, arriving to the game in 2019, fans are hoping that won’t be the last new experience in the Cuphead universe. There’s not much Studio MDHR can improve in the incredibly executed original, but returning as Cuphead and Mugman in a brand-new adventure seems like all but a guaranteed devilishly good time.

A Hat In Time

This charming 3D platformer surprised nearly everyone in 2017 when the Kickstarter funded title received overall praise for its fun approach to adventure. Heavily inspired by the 3D platformers of the N64 years, A Hat in Time provided fans of the genre with an authentic experience in a world seemingly lacking in new and original 3D platformers. The surprise success of Gears for Breakfast’s 2017 title will hopefully create enough momentum for a sequel to the exciting 3D platformer.

Folklore is a supremely unique take on the action-RPG genre within a mythological Celtic world filled with a slew of fantastical beings. Broken up into multiple realms of reality, Folklore takes players on two separate interweaving stories showcasing a unique art style and combat system. While it’s been over a decade since Folklore first launched in the early PS3 years, it’s never too late for a talented developer to pick up the often forgotten IP.

The second title released this year on the list and the second from developers Insomniac Games, Marvel’s Spider-Man brings new meaning to the super hero genre. Not only does taking out groups of baddies from the underbelly of New York City’s crime ring feel as organic as ever when wielding the web-slinging abilities, but traversal has never felt so satisfying in an open world game. While we’re still fresh off the release of Marvel’s Spider-Man and still receiving updates and new content, there’s plenty of reason to believe that Insomniac will be hard at work on a sequel sooner rather than later.

With these ten games the industry has flourished into a medium of all-too memorable experiences that have successfully brought new life to the community with each release. While we’ve enjoyed each and every one of these titles, we’d enjoy seeing a sequel to each one even more.