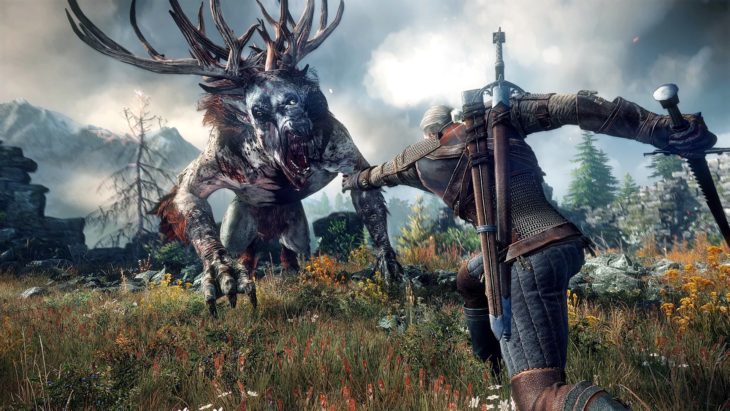 The Witcher 3 has become one of gaming’s top RPGs of all time. With an enormous amount of land to explore, a long list of quests, witcher contracts and side quests, and a deep skill tree with dozens of ability combinations and other game changing assets, there’s still a few tweaks, or mods if you will, that can help to enhance gameplay.

Amongst the rich combat features and alchemy system, various oils may be crafted and slathered on your sword to increase the attack on specified enemies. The game wages the player to enter and exit menus a lot throughout the long campaign, and applying oils to your sword is one of the most common reasons. With the Auto Apply Oils mods, Geralt will now apply the correct oils for whichever encountered monster you may be approaching. Carelessly heading into battle unprepared will no longer stand in your way of victory with this useful mod.

Like most of the sandbox, treasure filled RPG genre, The Witcher 3 is loaded with powerful loot, but also just as important, pricey. Gathering items and weapons from all over Novigrad and the Skellige Isles proves tiresome when you’re over encumbering Geralt after a handful of caves and dungeons. You could find or pay for the expensive saddlebags for Geralt’s trusty horse, Roach, but that again will only increase your carry limit so much.

With the Over 9,000 Weight Limit mod, you’ll no longer have a care in the world of how many items you can scavenge for. The only problem now is finding a merchant with enough coin to help you part with your large stock of goods…

As mentioned above, finding merchants to cough up enough coin for Geralt’s valuable loot found throughout his journey can be rather difficult, and often frustrating. With the TradeMan mod, all merchants are now well stocked with increased funds, just begging to be given away for however many dozens of basic swords and weapons, low-end armor or any other useless junk taking up precious cargo space in your inventory. One trip to town may be all you need to lighten up your load and deepen your pockets.

There’s a heap of other mods out there for the extraordinary open world RPG, The Witcher 3. Some help gameplay, others increase the visuals, while some maybe just throw a little laughter into the mix, but chances are there’s something out there for everyone.