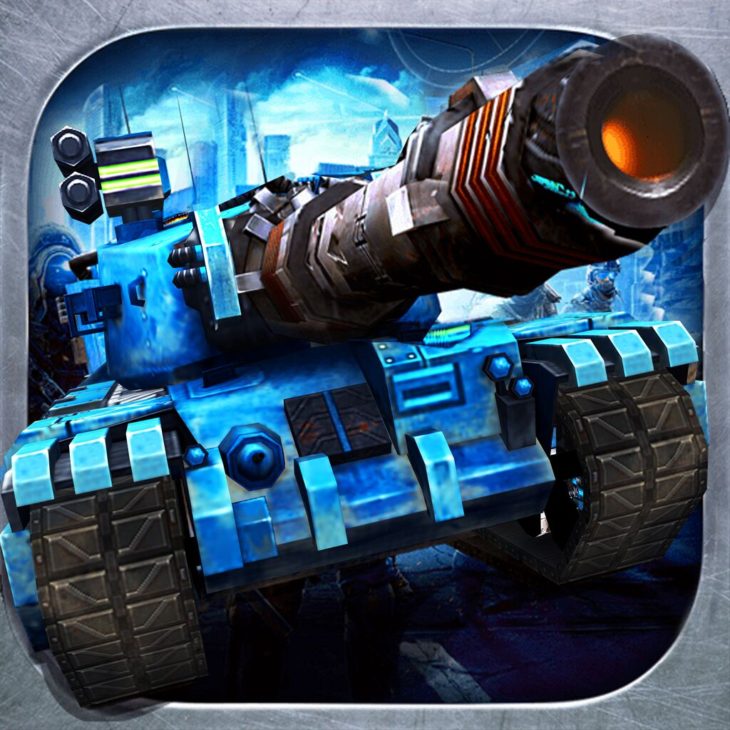 Tanks shooters are becoming more common in the online PvP world, and mobile devices seem to house some of the best ones yet. Mad Tanks is one such title, and is looking to invade on Android and iOS systems soon.

Not too hardcore, not too casual, Mad Tanks – eSports TPS is bringing a tank shooting online competition to players who may casually be dropping in every so often, but enough mechanics to back up some of the most dedicated players. Increasing in popularity, after a successful Greenlight on Steam, the developers are pushing to release the mobile version first.

Arriving from its predecessor, the Chinese browser game titled, “Tan Ke Da Zahn“, which racked up over 3 million active users a month, and published by the global tech giants, Tencent. Mad Tanks is looking to bring that acclaimed gameplay free to mobile devices in full soon, and future plans for a PC release on Steam.

This futuristic tank shooter has tons of features including 5-on-5 PvP matches, a skill “tank” tree to enhance your gameplay from a variety of different tanks and an exciting eSport tank title, free for all players alike. Tons of special rewards are littered throughout battle and the simple command inputs give casual and hardcore gamers a common level of difficulty. The charming anime stylized theme gives an additional flare for anime fans everywhere, while still featuring additional buffs for vehicles to keep the game enjoyable for all gamers.

This free-to-play tanking title is shaping to be one of the hottest MMO shooters to hit mobile devices, and soon the Steam community will get a taste as well. Mad Tanks takes online gamers and places them into action-packed tank battles against real life opponents. No purchase is necessary to unlock and play as any of the numerous tanks styles and games modes.

A partial version has been released on Google Play, while an iOS is set to arrive shortly. Once the full versions hit mobile devices running, we can hope to see Mad Tanks come to Steam as well.