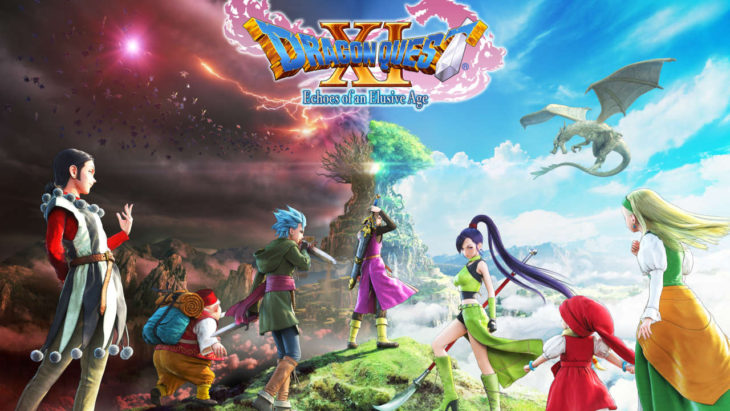 Some Welcome Additions to the Beloved Series

Dragon Quest XI: Echoes of an Elusive Age is finally approaching its highly anticipated western release date, and there’s plenty of exciting new features that highlight the upcoming JRPG. While fans can still expect the traditional creative direction from the series creator, Yuji Horii, and vivid monster designs from iconic artist, Akira Toriyama – new methods of travel, engaging weapon crafting tactics and freed-up controls allow for quite possibly one of the most influential entries in the series.

Most of RPGs offer the ability for players to create, customize and upgrade a variety of equipment pieces, such as weapon and armor. It’s no secret that Dragon Quest XI adopts this tried and true method of enhancing combat abilities, but how the upcoming JRPG goes about it is what makes the tactic so special.

Instead of simply using gathered/purchased materials or acquiring a specific skill set to enhance equipment, Dragon Quest XI offers a unique mini game approach. When players discover one of the numerous campfires spread out across the world, a smithing mini game allows players to gradually increase equipment effectiveness or forge new gear – with the mini game difficulty increasing depending on the power of the chosen equipment. Adding a bit of new and old flavor to the equipment enhancing formula seems to be a worthwhile approach, and one we can’t wait to get our hands on.

Ni no Kuni II: Revenant Kingdom Review – Building A Kingdom To Save The World

To help adapt to the new age of gaming, Dragon Quest XI has introduced new controls help the series blend into the modern era. A freed up camera during battle helps give a new perspective on combat, but alas, does not offer any additional strategic advantages due to the interface style of turn-based combat.

For the western release, a slick new first person mode has been added to the mix and allows players to view the towns and villages in an awe-inspiring new camera angle. We’re increasingly eager to view the whimsical fantasy worlds as if we’re right there in the game itself.

*Author’s note: The new first person camera is only available when standing still in towns and does not allow players to traverse through the game in the new camera angle.

Something new to the franchise is now the ability to mount horseback and gallop your way through sprawling fields and open areas. Adding to the horseback approach is the new ability to run-over lower leveled enemies to forgo any unwanted battle sequences.

Aside from mounting up is also the newly added feature to run on foot through towns. A new feature added specifically for western audiences, the slow pace of casually strolling through towns can now be avoided to allow for quicker discoveries for those who just don’t have the time to enjoy the towns at a slower pace.

While Dragon Quest games have mostly focused around the turn-based combat system, Dragon Quest XI offers subtle changes to the formula. Instead of randomly generated encounters, players will have the ability to engage in combat by swinging at animated roaming monsters. Also, similar to what many of us have seen in games like Final Fantasy XII: The Zodiac Age, the combat features a free-running tactic but still relies heavily on interface commands as opposed to player positioning and appropriately timed attacks.

Players will have up to four active party members which can be controlled each by the player, or players can opt to have the AI control surrounding party members. A fifth member may also be introduced in battle which acts as a direct ally to the player, but only acts at the will of the AI itself. Either way, the combat looks to be an excellent overhaul, but still retains the charm from the iconic Dragon Quest series.

Dragon Quest XI: Echoes of an Elusive Age is gearing up for its western release on the PS4 and PC on September 4th, 2018. A Switch release has also been announced, but as of right now no official date for the hybrid console release has been revealed.