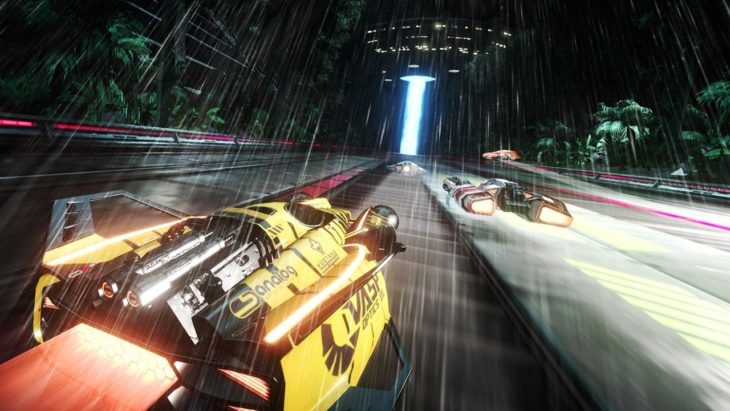 The release of the Nintendo Switch gave fans and gamers a new way to play great, console based titles, with the option to take them on the go. The released games – most importantly the exclusives – are a major factor in a successful and long console generation. We all know Breath of the Wild and Mario Kart 8 Deluxe are reigning supreme over the competition, so let’s take at some of the other great titles available.

Take Rock Em’ Sock Em’ Robots meets Stretch Arm Strong and you have the basic formula for the addicting fighter, Arms. Put into a ring against AI opponents, friends in co-op or the next foe to challenge you online, providing an all-out boxing match with incredible physics and gameplay. Sound repetitive? Well the game doesn’t slow down from the basic formula, as each character and equipped boxing gloves gives various playstyles, all requiring different approaches to battle.

In this painted up third person shooter style game players take the helm behind colorful paint guns and paired into teams. The teams duel it out, completing various goals while switching between human and squid forms to strategically replenish and fire your ink bullets. With multiple game modes including campaign, Turf War and the brand new mode, Salmon Run – eliminate waves of enemies known as Salmonids. Splatoon 2 is a must-have for any Switch owning, shooter fan.

Snipperclips: Cut It Out, Together!

This addicting puzzle game exclusively for the Switch takes up to four players and grants them the power to clip their way to success. Players cooperatively complete objectives to “clip”, or cut, each other down to the appropriate shape matching the outlined puzzle example. Other various methods for tons of unique puzzles lie-ahead in this excellent co-op puzzle title.

The expansion for the acclaimed Wii-U racer, FAST Racing Neo, FAST RMX gives players the same nail-biting gameplay, only now offers more courses for a total of 30 in all. Compared to the popular SNES racing game, F-Zero, or the more recent anti-gravity ship racer, Wipeout, players speed through colored booster pads and jumps, while using the unique method to shift between matching colors to add a bit more strategy to the racing genre. Fast RMX brings more competitive racing for fans turned-off from the more casual style of Mario Kart.

The Japanese adventure title released on the region-free eShop for the Nintendo Switch, Kamiko takes players on a short, but whimsical tale full of exciting features. At a relatively low cost, this RPG-like title has everything an old-school fan loves, including stylish pixellated graphics. Take down threatening demons and challenging puzzles in this retro-style journey exclusive on the Switch.