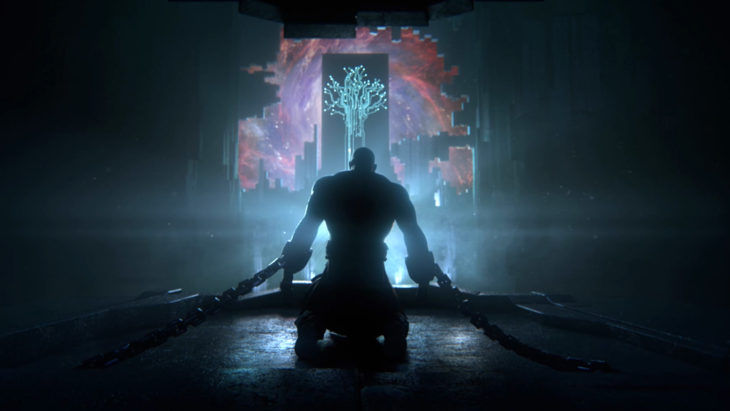 A Little Bit of Everything

While September has a handful of big game releases headed our way, there’s also a solid amount of indie games to start off the holiday season as well. No doubt, many of us will be enjoying our time swinging through Manhattan as everyone’s favorite web-slinger, or stopping a Mayan apocalypse in the latest Tomb Raider installment, but many might also have their sights set on a few of these smaller gems hitting stores next month.

Here are 5 of the best looking indie games coming to us in September.

Viciously slash your way through waves of enemies with your cat skills and sleek ninja abilities in the upcoming indie release, Claws of Furry. This 2D co-op rogue-like will have players clawing their way through 50 levels of pure chaotic action. Players must utilize quick reflexes and tons of unique unlockable skills to save their master from the grips of the vile enemy. Play in up to 4-player co-op, tackle the game solo with difficult rogue-like elements, or start off in Pussycat mode for level checkpoints negating some of the rogue-like experience. Claws of Furry is headed to the Switch, PS4, Xbox One and PC on September 4th, 2018.

Another animal ninja mashup, Ninjin: Clash of Carrots has players diving into an artistic 2D side-scroller as a cuddly, but incredibly dangerous ninja bunny. Players can equip tons of absurd weaponry from massive swords to a delicious looking ham legs, and use them to wipe out tons of enemies in chaotic beat ’em up mayhem. Play solo or in local/online co-op and fight your way through tons of levels taking place in 5 different continents. Ninjin: Clash of Carrots hits on September 4th, 2018 for the PS4, Xbox One, Switch and PC.

This upcoming action-RPG game has plenty to offer, including relentless enemies and tough as nails combat. What many may refer to as ‘souls-like’ gameplay, Immortal: Unchained offers players to utilize guns instead of traditional melee combat. While the main focus of the combat is geared toward up close gunplay, there also seems to be a healthy dose of melee action within the battle sequences, giving players plenty of options. The hardcore action of this unforgiving RPG title will have players dying time and time again, but ultimately learning from their mistakes. Take on the role of a living weapon and pick up Immortal: Unchained on September 7th, 2018 for the PS4, Xbox One and PC.

In Early Access since 2014, Boundless is a MMO sandbox title which provides players with a procedural universe filled with countless planets to explore and inhabit. Spend your time scavenging for resources and ancient technologies to construct settlements, trade, hunt or just explore the worlds around you, Boundless links user-created worlds together in a game brimming with excitement and new ideas. The ideas seem endless, allowing players to play the role that best suits them. Boundless leaves Early Access and officially launches on September 11th, 2018 for the PS4 and PC.

Taking place within the world of Pathfinder, Kingmaker is a new classic styled isometric RPG game that takes players into the world of Golarion. Explore the vast world and carve your very own kingdom from the very lands that test your strength and skills. No matter if you’re a longtime fan or a newcomer to the Pathfinder series, Kingmaker will provide players with tons of content and exciting discoveries throughout your endeavor to uphold and expand your kingdom. Team up with other factions and other countries, or hold your ground against opposing forces as Pathfinder: Kingmaker releases on September 25th for the PC.

With September really opening up the gates for AAA new game releases this holiday, these 5 indie titles are sure to add some more diversity to the release schedule next month.