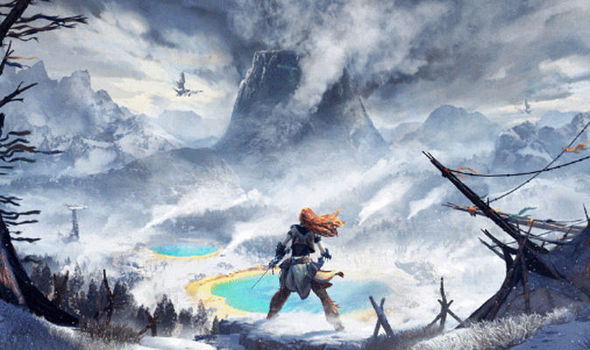 With the holiday season rapidly approaching, video games are a consistent go-to for a joyous holiday. Sony has a slew of hit titles releasing before this year’s end, so let’s take a look at 5 of the best coming Playstation exclusives for the Playstation 4.

Gear up and take on tons of destructive and deadly mechs from the long-running Gundam universe. Gundam Versus

brings over 90 mech suits across the entirety of the Gundam timeline, competing in action oriented online battles. Suit up for Gundam Versus on September 29th.

Rounding off the trio of simulated racers for the end of the year, Gran Turismo Sport

is a long-awaited racing title from Sony vets, Polyphony Digital. With a large focus on “rebranding” what GT franchise, lightening up the car selection to better focus on all other dynamics of professional circuit racing. With a big focus on multiplayer as well, GT Sport is looking to be a top-notch contender for racing game of the year. Look for Gran Turismo Sport available on October 17th in NA and 18th in EU.

In this upcoming detective adventure title, you’ll take on the role of Becky Marnie. In QTE fashion, you’ll make quick and tough decision creating unique and diverse outcomes to the story. Follow the case of the serial killer – The Trapper – and make it through to the end after the release of Hidden Agenda

While only an expansion, The Frozen Wilds

DLC brings back the fierce female warrior Guerrila Games’ smash RPG hit – Horizon Zero Dawn – gave birth to. Aloy comes fighting back against new machines in a brand new frozen map. A new compelling story with tons of extra features arrives at a perfect time to enter back into the realm of wild machines and excellent RPG combat. Look for The Frozen Wilds DLC to release on November 7th.

In this collective bundle of the popular manga series, the player will run through the original trilogy of the G.U. series from the Playstation 2. Completely re-mastered and enhanced, long-time fans and newcomers will have the means to enjoy one of the most beloved anime series made for video game consoles. Look for .hack//G.U. Last Recode

to release on November 3rd.