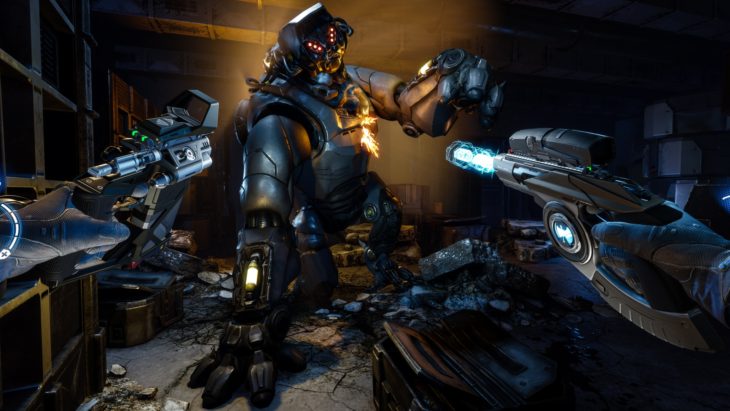 It’s no question that VR will be a popular item this coming holiday. With the rise of cutting edge technology, and powerful gaming consoles/systems becoming more of the norm for the beginning of 2018, virtual reality is still making a resounding “boom” in the gaming community. Let’s look at the top 5 VR titles available this coming season.

4A Games – the developers behind the acclaimed first person Metro series – are dipping into the virtual reality world with their upcoming virtual reality shooter, Arktika. 1. Following a new ice age triggered by the aftermath of an apocalypse, fight your way back to bring humanity closer to what we knew before. Find the immersive postapocalyptic FPS on the Oculus Rift, releasing on October 10th.

This racing sim hasn’t yet released, and along with it will come the VR mode for hard-core racing enthusiasts. Buckle up in this beautiful professional racing experience and brush past competition through hard corners, or hang on to the lead at blistering speeds down long straight-aways with the feel of being behind the wheel. Scratch that racing virtual reality itch once GT Sport releases for the PS4/PSVR on October 17th (18th EU).

It seems we can never fully escape the greatness and dominating performance of one gaming’s biggest titles ever released. The Elder Scrolls V: Skyrim VR will bring players into the realm that enveloped so many already. A virtual reality experience in the huge, breathing and overall gorgeous world of Tamriel is sure to bring new light to the mega-hit RPG. Take on the ultimate role of the Dragonborn one last time in true VR experience when Skyrim VR

releases on the PSVR on November 17th.

The rebirth of the Doom franchise left many diehards and newcomers alike hailing for more. As one of 3 Bethesda VR titles hitting stores this season, Doom VFR is an incredible looking adaption to the hit FPS. Enjoy the ever-lasting carnage and mayhem firsthand once Doom VFR

releases on PSVR and HTC Vive on December 1st.

Bethesda is taking full advantage of the VR technology this coming season with three huge releases. Ending the run is their beloved postapocalyptic title, Fallout 4 VR

. Return to the wastes of the Commonwealth and face off against super mutants, raiders, deathclaws and much more in true VR, virtually feeling the heat of the rad storms that linger. Purchase Fallout 4 VR

on December 12th exclusively for the HTC Vive.