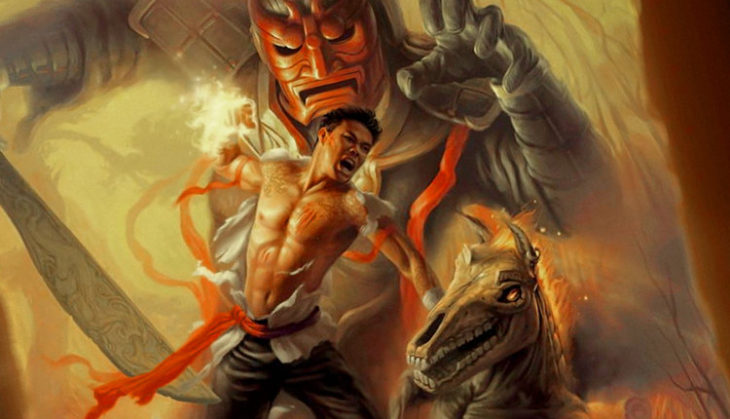 Throughout the years we’ve seen new IPs come and go leaving their mark (good or bad) on the industry. Many veteran developers have either dwindled away from their successful franchises or have risen to new heights with hit after hit. Regardless, there are some classic franchises in gaming that deserve a revisit of some kind; be it remake, remaster or sequel.

Here are 5 developers we think need to take a step (or a couple) back and give us another taste of the classics.

Konami has a strong history of tremendous storytelling, unique gameplay and tone setting atmospheres. Players have fallen off of the Konami bandwagon as of late, due to lack of uninspiring releases, game cancellations and, of course, the surprising release of Metal Gear mastermind, Hideo Kojima. With the Metal Gear franchise winding down a dangerous path of closing out with a sputtering crash, fans are urging for the developers to turn back time.

And it’s not just Metal Gear that needs saving from a forgetful closure, but their iconic survival horror series, Silent Hill, has been headed this direction for at least the past decade. With a glimmer of hope to save the franchise with Kojima’s own vision on the series with Silent Hills, Konami dashed any hope of the terrifying title from ever seeing the light of day.

Of course,while they’re in fact bringing back perhaps their most revered series, Castlevania, with the Requiem package this October, we’re hoping the Konami will be a bit more willing to return to other classic series in their library.

The Cast Of Netflix’s Upcoming ‘The Witcher’ Series Is Filling Out, Ciri And Yennefer Actresses Picked

While Bioware is mostly known for their Mass Effect and Dragon Age series over the past decade, or so, they have a some noteworthy classics that line their collective library, as well. And their upcoming multiplayer shooter, Anthem, definitely looks like it will be turning more than a few heads upon release, it would be oh-so delightful to make a turn back to some of their mostly forgotten franchises.

Many of us would love a revisit to the original space trilogy of Mass Effect, but Bioware also had some incredibly deep adventures over time. Jade Empire was a remarkable action-adventure rpg that helped put Bioware on the map, but also gave players a unique journey filled with the coveted morality system which was recycled form a previous Bioware classic, Knights of the Old Republic. Jade Empire, Baldur’s Gate and Star Wars Knights of the Old Republic – and Neverwinter Knights – would be well-worth the revisit to help us all remember why Bioware was so beloved in the first place.

Bethesda has become a household name for gamers which comes directly from the successes of The Elder Scrolls V: Skyrim and the wildly successful Fallout series. And while we’re stuck eagerly awaiting the next in the TES series, or their brand-new space rpg, Starfield, we wouldn’t mind hopping back into some of their memorable classics in a revised form.

Maybe take a dip back into the Capital Wasteland in Fallout 3, as many fans have pleaded for a remaster of this iconic classic. Bringing is over to current gen hardware would allow Fallout 4 newcomers a chance to see just how special Bethesda’s first run at the post-apocalyptic series was. Or perhaps dating back even further to some of the earlier The Elder Scrolls titles, like Morrowind or even bring Daggerfell over to consoles with some extra polish. While we wait for the highly anticipated new releases coming from Bethesda Game Studios, I doubt many would mind if we had the chance to relive the experiences made Bethesda so renowned today.

Ubisoft has tons of studios laying out new titles multiple times a year. Between Assassin;s Creed, Far Cry and a litany of other popular releases, there’s plenty of classic franchises they’re leaving behind. Series like Splinter Cell and Prince of Persia have been adored by fans, but subsequently left behind for other, more appealing franchises.

The 2008 release of Prince of Persia brought the Ubisoft classic to new levels with gorgeous visuals and, while repetitive, exciting gameplay. Bringing back this widely accepted style of Prince of Persia back for another round could help keep a gaming classic from perishing with other forgotten classics. And with the Tom Clancy series booming with releases like The Division and Rainbow Six Siege, there’s a rather large fan base crossing their fingers for Sam Fisher to make his return in a new Splinter Cell title.

Either way, Ubisoft can afford to let a few of their AAA franchises subside for a spell, and produce something from a bit deeper in the bag of franchises under their belt. You know, like they’re doing with Beyond Good and Evil.

The Souls series has blown up over the past decade giving FromSoftware an image cloaked in a dark, irresistibly difficult acion-rpg. But that’s not what they’ve always been known for. While Sekiro: Shadows Die Twice looks like it could be one of their best titles yet, there are some solid releases we would love to see them resurrect from the past.

From the mech battle franchise Armored Core to the single jrpg Enchanted Arms, FromSoftware could easily turn some heads by returning to these series. With a flood of Souls types across the past several years in Dark Souls II, Dark Souls III, Bloodborne and, now, Sekiro, it might be nice to let that genre cool off and jump back into something different from the Japanese developer.

Oh, and if they must shelf out another Souls title, a Demon’s Souls reboot would be more than welcome.

There’s really no lack of games to play nowadays, but it’s still easy to miss some of the classics. These five developers have a collective bundle of well-known franchises that we would absolutely love to see make a comeback.