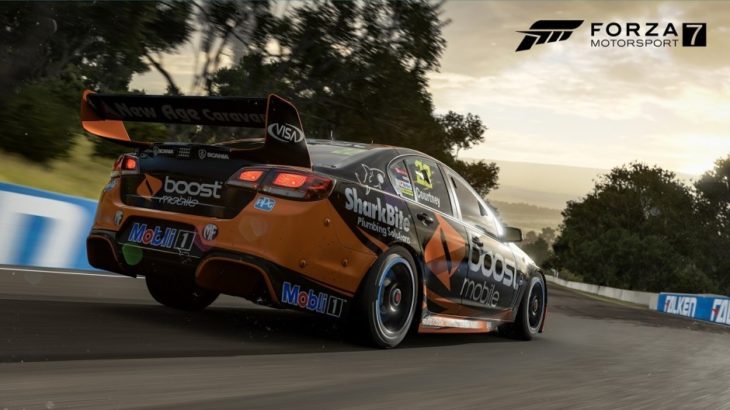 A bit of a slow week to start off the month of October before the gaming community kicks it into official holiday release mode. We will see the highly anticipated, Forza Motorsports 7, the remastered release of Capcom’s, Dragon’s Dogma: Dark Arisen, as well as a few other hidden gems in this week of games.

The second of three racing sims to release in less than a month, Forza Motorsports 7

is showing huge promise in the next generation of racing sims. With pristine lighting effects and graphics, an enormous selection of over 700 racing machines and challenges from all over the racing world, Forza Motorsports 7

will be crossing the finish line on October 3rd on the Xbox One and Windows PC.

Batman: The Enemy Within – The TellTale Series

The highly acclaimed developers at Telltale Games have a slew of re-imagined franchises, reaching from The Walking Dead

to Guardians of the Galaxy

. While all popular and extremely entertaining, the Batman series sits with some of their best work. Season 2 of Batman: The Telltale Series titled – The Enemy Within – just released episode 2 of 5 last week, but this week fans are able to purchase physical copies for their consoles. Future episodes become available to download once released on time. Purchase – Batman: The Enemy Within

on October 3rd for the PS4 and Xbox One.

In this beautiful sandbox action game you’ll take on monsters from all over with the help of your trusted Pawns. Initially released on the PS3/Xbox 360, this re-release of a fully customizable action/RPG style will leave you exploring the vast wonders of the world around you. Find Dragon’s Dogma: Dark Arisen

arriving on PS4 and Xbox One this October 3rd.

brings a Diablo-style camera view with tactical turn-base RPG combat. Explore a world and story full of mech infused soldiers, randomly generated dungeons and a deep crafting system for extra benefits and equipment. Dive into the Battle Chasers universe with the release of Nightwar on October 3rd for the PS4, Xbox One and PC/Mac; the Switch release is slated for a slot at the tail end of 2017.

This Microsoft exclusive title brings old-school retro graphics with a wave-defense style gameplay. Set up shop behind your turret gun and wipe out wave after wave of deadly enemy aliens. Take on the role of Rock Gunar and save the world in this action-packed arcade defensive shooter, Let Them Come, releasing on October 3rd for the Xbox One.