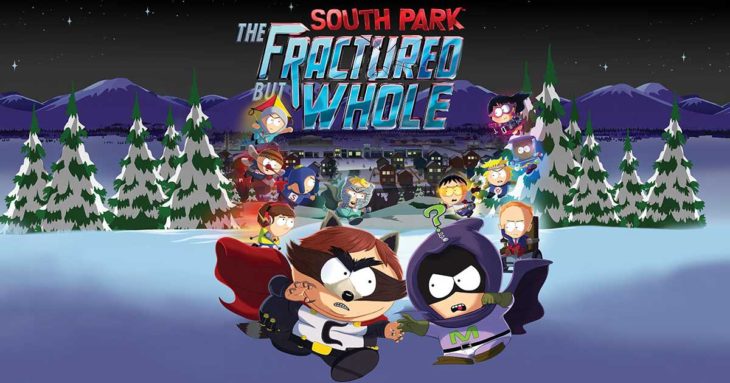 This week is supposed to be the calm before the storm that is the 27th but let’s face it, this week is pretty crammed full as well! We’ve only listed the biggest and more interesting launches but there’s also WWE 2K18 and Elex releasing this week also. Just in case you’re interested in those games. Anyway, let’s get to the October releases for this week.

This game could probably be called the ‘headliner’ of the October releases this week. It’s not going to be to everyone’s taste afterall. The sequel to the Stick of Truth is releasing this week for the PC, Xbox One and PS4. The superhero game will have 12 different classes and a ‘unique’ difficulty slider which also acts as racial customization. It’s clearly a South Park game then.

GT Sport has so gar received a very positive response with some hailing it as the best racing game of the year before the game has even released. Well, the game is finally launching this week and we’ll be able to see if it manages to reach the high expectations that fans have set for it. While the game releases tomorrow for NA, it will be arriving later this week for the rest of the world.

It’s official! Fire Emblem Warriors is coming to the rest of the world as one of the October releases. The game launched in September for Japan and we’ve been left anxiously awaiting this release ever since. The game will be releasing for the Nintendo Switch and New 3DS later this week.

Microsoft surprised us all at E3 when they announced that the original Age of Empires game was getting some extra loving. The Definitive Edition is the classic game with upgraded graphics to get the game ready for a new generation of gamers. However, the developers have also stated the game will be arriving in Early 2018 but a version of the game will still be launching this week with the other October releases.

Etrian Odyssey 5: Beyond the Myth

Yet another game is finally getting a Western release. This game initially launched in 2016 for Japan but North America will be getting the game tomorrow. A PAL region version is also launching tomorrow for the UK and Australia. The RPG is exclusive to the Nintendo 3DS and has gained some good reviews in Japan.