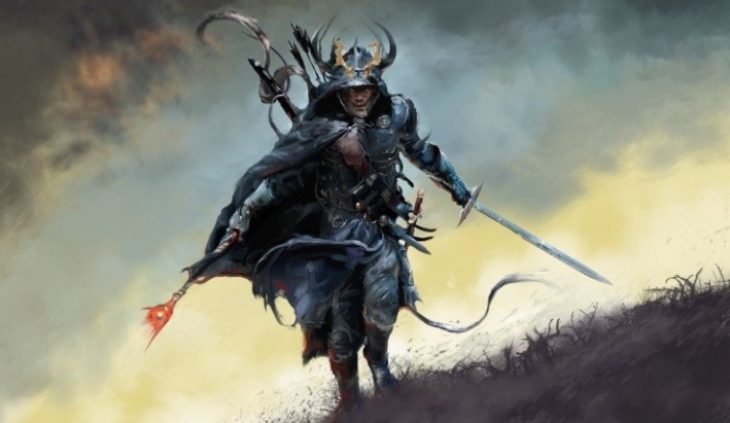 The Most Exciting Part About E3?

The Electronic Entertainment Expo is right around the corner and so far has the makings of what could become one of the most memorable E3s in a long time. There’s already been some exciting reveals, leaks and rumors surrounding the industry leading up to the largest event in gaming of the year, but what has us most excited?

Gameplay footage is perhaps the most eye-opening reveal pertaining to giving fans an actual look at what to expect from future releases. At E3, there is almost always a fair share of lengthy game demos that either – help us grow even more ecstatic about some of our most anticipated titles, or allow us to rethink our position on an already teased announcement. It’s the meat of what a video game is shaping up to be – and there’s easily a handful of games we’re most eager to see a healthy amount of gameplay footage at this year’s E3 event.

Hideo Kojima has claimed much attention and praise throughout the years as the writer/director of one of gaming’s most iconic franchises in, Metal Gear. With the ugly ending between the long-running partnership between Konami and Kojima, Death Stranding marks the start of a fresh, new IP from the twisted and vastly intriguing creative mind.

While Death Stranding has captivated the industry with lengthy, completely insightful, awe-struck and straight up bizarre cinematics starring The Walking Dead star – Norman Reedus – there has yet to be any grain of viable gameplay footage. With so little information on the next PS4 exclusive from Kojima Productions, we’re all eagerly awaiting actual gameplay, so we can actually know how the game plays; and most importantly – what kind of game it is.

At the tail end of the previous generation of video games, developers Naughty Dog took a break from their usual Uncharted release and brought forth something completely different. While the outstanding method of cinematic story telling combined with the action and survival experience of stellar gameplay – The Last of Us harnessed not only a riveting tale filled with unprecedented emotions, but created a world where, at last, the player could feel the weight of loss and sorrow.

Easily one of the most anticipated games since fans finished their first playthrough of the original, The Last of Us Part II has dazzled the industry with impressively dark and surprising cinematic trailers since its announcement in late 2016. Unlike Death Stranding, we know what to expect from the gameplay in Part II – but what we don’t know is which character(s) will we be playing as. Where does the game take place? At what point in the game’s timeline will we be involved in? Here’s to hoping these questions – as well as a release date – will be confirmed come June 11th.

The Nintendo Switch started off with one of the company’s best first years for a new console across the 30+ years of being an anchor in the video game industry. With new releases in year one from some of their best franchises, i.e. Super Mario and The Legend of Zelda, there’s still room for more of the classics to make a promising return to the next-gen of Nintendo hardware.

With only a glimpse of a logo at E3 2017, Metroid Prime 4 is one of Nintendo’s most anticipated AAA releases coming to the hybrid console. With the ‘Big N’ slowing down during the first half of 2018, hopefully there’s some light at the end of the tunnel for a bright future of releases on the Switch, starting with Metroid Prime 4.

Sucker Punch Productions started their gaming history on the N64 with the platformer – Rocket: Robot on Wheels. Since then they swiftly moved over to Sony and introduced the platformer trilogy, Sly Cooper on the Playstation 2 console. Along with Sony’s move from PS2 to PS3, Sucker Punch also changed directions from the cartoony platformer, to a more mature action/adventure series, Infamous.

After achieving much deserved praise with their work on the Infamous series, Sucker Punch has been hard at work since 2013 on a brand new IP which looks to take the company even further into the mature rating mold of video games. Ghost of Tsushima looks to be an open world samurai title which takes place in the year 1274 – and all we have to go on is the dramatic reveal trailer from Paris Games Week 2017, and, of course, Sucker Punch’s successful track record.

So, by now we’ve all seen the trailer for the latest in the Pokemon GO craze that’s culminated since the mobile game release in 2016 – Pokemon Let’s GO on the Switch. While the unique gameplay features and the first look at the (almost) traditional Pokemon game on the Switch is exciting, it’s still not the core game many fans were hoping for. That’s supposedly coming in 2019…

Nintendo and The Pokemon Company has openly stated that Pokemon Let’s GO is only one (2 if you count both Pikachu and Evee editions) of three new Pokemon titles coming to eager fans within the next year, or so. With the recent release of Pokemon Quest on both mobile and the Switch as a free-to-play option, that only leaves one more unannounced Pokemon title. Which can only mean it’s the core RPG Pokemon game that so many of us have been anticipating for quite some time. And E3 might just be the perfect time to reveal some actual gameplay of said RPG that will truly answer so many questions the community has to offer.

While this list only points out a small number of games rumored/expected to be shown at E3, there are tons of others that may also see some daylight. Bethesda is definitely a conference presentation to keep an eye on with upcoming games like Fallout 76 and their next massive RPG title, Starfield. Ubisoft is also getting in on the action with a short teaser for the next Assassin’s Creed release in Assassins’ Creed Odyssey.

E3 will start on June 9th-13th live in Los Angeles, CA and will bring loads of new news and unveils within the ever-expanding video game industry.