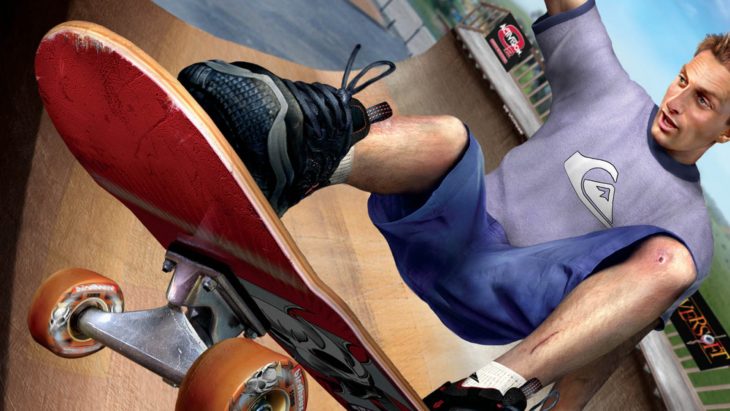 Some Need A Break, Others Just Need To Die Off

For years certain gaming franchises have helped pave the way for the industry to create new and exciting experiences. While often times certain long-running series tend to die off well before they become stale or irrelevant, that’s certainly not always the case.

Here are 5 franchises that went on a little too long and managed to lose their touch with what made them so exceptional in the first place.

While the original Mass Effect Trilogy set a new standard for storytelling and exploration in the industry, many long time fans found the fourth installment, Andromeda, to be a major downfall from the series. Nevermind the slew of bugs and ugly facial animations, but the sheer lack of interesting story elements set this entry light years apart from its predecessors.

Discovering a new viable planet within a massively new galaxy sounds like a gripping story, but not quite to the extent of defending the entire galaxy from a series of threats throughout a highly dramatic and engaging trilogy. Maybe things started to teeter off with the ending of the third installment, or maybe we just didn’t notice or care until we got our hands on Andromeda – we sure are hoping the Mass Effect team can redeem themselves – and their galactic franchise – with a widely improved upon sequel further down the line. I, for one, am not willing to see this franchise bite the dust just yet.

Perhaps one of my personal most beloved franchises turned into one of my most despised. Silent Hill started off with a bang featuring grotesque and chilling themes, increasingly haunting monsters and unbelievably unsettling stories of religious cults behind the disturbing history of the town of Silent Hill. The first three entries stayed true to the overall formula, that of which made the franchise so memorable, but soon after the release of The Room did the series begin to tailspin.

Related: 5 Of The Best Games Releasing In August 2018

Whether we’re talking about the uninspiring Vita spin-off, Book of Memories, the formula changing Downpour or the horrendous Wii adaption, Shattered Memories – one thing has been made clear: Silent Hill has lost its touch. While not all releases after the third installment were necessarily bad (i.e., Origins for the PSP was a delightful return to the original formula), there hasn’t been a full-fledged console release that’s triggered a fearful experience that was so familiar from the early years. That is, until P.T. became available as a demo for the upcoming Hideo Kojima (Metal Gear Solid) developed title – Silent Hills.

However, we all know the untimely future of the playable teaser, which featured actor Norman Reedus – and Konami’s villainous ways – of cancelling what could have been a triumphant return to the haunting series. Now we’re stuck with only a glimpse of what could have been.

The Forza series has been an anchor for the Microsoft brand since 2005, and has managed to release a new title every year since the introduction of the Horizon series in 2012. While the Horizon series is still managing to bring in more fans due to its arcade-like nature, Motorsports hasn’t been able to keep up as well with its counterpart.

With menial changes to the formula with every Motorsports release, there’s hardly enough tantalizing new features to separate one entry from the next. Taking some time off from the race simulating experience could help fans from growing increasingly bored or restless from the repetitive recipe, and possibly save the series from becoming obsolete.

Since the mid 90s the Need for Speed franchise has taken arcade-driven street racing and improved upon the formula with every entry. However, since the annual releases hitting stride somewhere around when the Underground series started did the series begin feeling overdone and stale. Vague changes occurred making each experience less worthwhile than the next.

Customizing cars, racing around in open world environments and supremely lackluster stories have left this once stellar franchise behind in the dirt. With over 20 titles in the series over a span of 25 years, we’d be willing to say that this long-running racing series needs a much-needed break, mostly for the fan’s sake. With each uninspiring release still being announced and hitting store shelves, it won’t be long until the franchise breaks down well beyond repair.

6 Racing Series That Need To Make A Comeback

If any series has seen its peak at video game stardom to the very bottom of the barrel, it unfortunately has to be the wood-pushing extreme sporting franchise, Tony Hawk’s Pro Skater. With monumental success saw in the first three entries of the series, the game soon began to teeter off with a variety of spin-offs and releases.

Titles like Ride and Shred offered frustratingly bad motion controls, while American Wasteland and the Underground series offered an experience which soon became irrelevant due to rising competition. The increasingly popular Skate franchise took off, showing fans that there were new, more impressive ways of pulling off exceptional, and believable, flip tricks and grinds over the tried and true THPS method. And if the numbers for the last installment – Tony Hawk’s Pro Skater 5 – are any indication, fans are more than tired of the recycled formula of the once beloved skateboarding series. Not to mention the rushed effort by developing team.

While there are other gaming franchises like Assassin’s Creed or Halo that could potentially find themselves among these five stalling series, we’re still a little reluctant to add them to the list. There’s still time for those series to save themselves from obscurity, but as for these 5 – we can bear to let them go; or at least let them sit through a much-needed break.