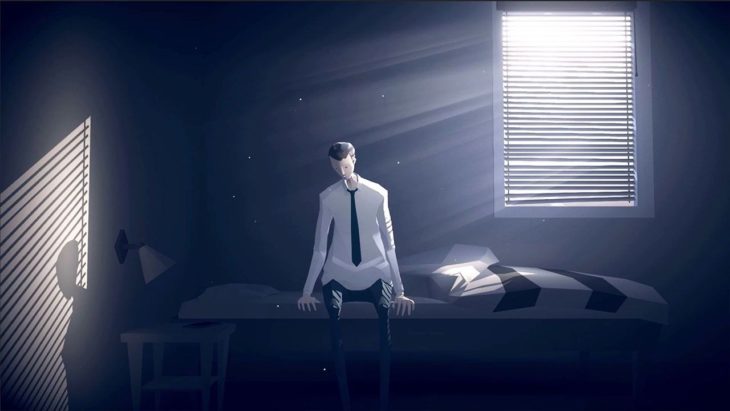 Looking Like Some Heavy Hitters From The Indie Scene

While the coming summer months have a slew of top-notch big name titles coming to each major console or PC, there’s also a solid amount of indie titles to wet your whistle, as well. With 2018 now reaching its halfway point by the end of this week, let’s take a look at some of the best looking indie games still to come for the remainder of the year.

Developed by the indie studio, Dead Mage, Inc. – creators of Shadow Blade and the Garshasp series – Children of Morta is looking to reinvent the classic pixel art adventure genre. Combining unique visuals with a familiar take on isometric viewed action gameplay, Children of Morta is looking more and more like a must have game in your indie library.

Players will take over the role of the Bergson family – a bloodline of family members who have watched over the mystical Mount Morta for generations. While the mysterious mountain symbolizes everything from health and prosperity to magic and legends, a threatening corruption begins to consume Morta and the villagers that inhabit it. The smooth pixel art animations and stylish design separates this indie action game from the rest of the herd, as well as the ability to participate in co-op sessions as well.

While Children of Morta has been in development since at least 2015 after its successful Kickstarter campaign, we’re hoping to see the anticipated release sometime in 2018.

This cyberpunk-esque pixellated adventure game brings to life a future of robotic work granting citizens a life of luxury and spare time. Taking on the role of lower class denizen, Charlie, players must face a new era of futuristic prosperity, as well as a whole new way of life. Brimming with hover cars, neon lights and a lifestyle of wealth and leisure, The Last Night with its evocative pixel art looks to bring a unique spin on the cyberpunk scene.

The Last Night is a robust and gorgeous looking indie title that has players exploring a city filled with an interesting cast of citizens. Having the ability to freely explore and engage in conversations with the night life surrounding the modernistic cityscape, players will embark on a completely unique story involving our meager wage earning protagonist. While little has been unveiled since the trailer announcement at E3 2017, we’re hoping to see the release of The Last Night on Xbox One and PC by the end of 2018.

Since development started in 2016, Mosaic will look to take players on a journey full of remarkable findings mixed with a mysterious narrative. From the developers of Among the Sleep, Krillbite Studios looks to tackle the essence of a life filled with somber moments of the lonely life of an ordinary commuter. After an abnormal series of events occur, players will be thrust into a journey that seems to be just as mysterious as the two trailers released for the game, now two years in development.

The repetition of a day-to-day lifestyle is something that hits home with more than a few consumers, citizens and overall population of the world. The slick and unique art style resembles something that surfaced from Tim Burton’s collection mixed with a new wave of modern gaming graphics. With little known on Mosaic, we do know that Krillbite is aiming to release this puzzling adventure sometime in 2018 on the PS4, Xbox One and PC.

The visualized cartoon graphics and cutesy form of life simulation brought forth by indie developers Glumberland. The fun and charming art style mixed with the Stardew Valley-like form of strategy seems to mesh exceptionally well with the overall vision of Ooblets. And if the farming, creating and Ooblet training simulator hasn’t garnered enough attention within the indie game community, the developers have also unveiled a brand-new feature debuted at E3 2018.

By stripping out the “dogfighting” creature battle system formerly presented in Ooblets, players will now experience something much more charming in the form of conflict – something that fits the mold of the cuddly cartoon approach to the game much more appropriately. An all-new dance-off system has replaced the battle system which has players setting off a variety of stylish dance moves in attempt to send their competitors running home. While this newly added feature may push Ooblets a bit further down the line in terms of an actual release day, we – and the developers – are hoping for a 2018 release on the Xbox One and PC.

Praey for the Gods is an indie title looking to further blur the lines between AAA budgeted titles and small indie projects. With very little known on the secretive title, Praey for the Gods looks to involve a troubling journey through blizzard-like conditions to eventually square off against the very Gods you so faithfully worship. No Matter Studios looks to involve a bit of Shadow of the Colossus type combat with the cunning ability to scale these large beasts, as well as show off a glimpse of the handy grappling hook tool.

While the reveal trailer itself strikes a chord of epic-ness and stunning presentation, there’s little else to go on for the upcoming potential sleeper hit. Surviving the frozen tundra of the desolated island you find yourself on will be your number one priority, but it seems you’ll quickly discover that the never-ending snowy conditions aren’t your most threatening concerns. After the astounding support from its Kickstarter page back in 2016, we’re hoping to see this grand and illustrious survival adventure release in 2018 – which is now said to launch on the PS4, Xbox One and PC.

With all of the hype surrounding the big name titles like Spider Man, Battlefield V and Red Dead Redemption 2 – as well as a slew of other upcoming titles in the coming months – these indie titles may have fallen a bit under many gamer’s radar. Be on the lookout for these 5 stellar looking titles, and tons more in the remaining months of 2018.