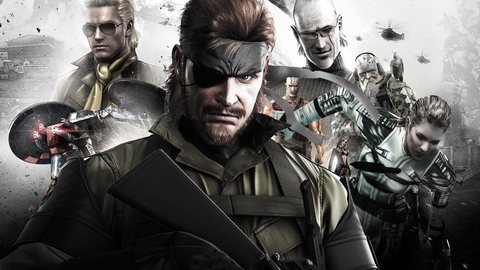 Hideo Kojima has produced one of the greatest stories, not only in video games, but in entertainment. Filled with deep characters and plot lines, a long history with what seems like all of the gaps in time filled with his own imagined story. So let’s take a look at some of the most memorable moments in the Metal Gear Solid franchise.

This subject has been touched on here and there, and the ‘trickery’ used by Kojima deemed his fans fools once they realized Solid Snake – the popular stealth expert protagonist from the first entry in the Metal Gear Solid series (third in the Metal Gear franchise) – was only playable in the opening mission.

After about an hour or so in, the game’s main playable character, Raiden, takes over and finishes the rest of the game. What makes this so memorable is, before the game launched, the previews the fans saw, the images, gameplay clips, etc. were all cut from the opening mission with Snake at the helm. Confusion set in hours after release as players realized their ‘tough as nails’ hero was replaced with a young, less-confident white-haired rookie, in a sequel so many waited restlessly for.

As the game aged, and more and more survived the Sons of Liberty and the Big Shell Incident, we all became keen to Kojima’s genius, and why he chose to include the sudden switch of protagonists, leaving a solid mark as a great action title.

Bosses in the Metal Gear Solid franchise always, and I mean always, leave an ever lasting impression on the player. Various sniper battles takes place throughout the series, but none quite like Snake Eater‘s arrogant master sniper, The End.

Deep in the thick Soviet jungles, sight is minimal and camouflage plays a huge role in staying alive. With sniper rifle shots piercing the air, no trace of this deadly sniper can be seen. Hearing the taunts of the ghost like sniper, hours, even days could pass before the player figures out the method to conquering The End. With the help of his trusted comrade, a parrot who warns him of any threats, this boss could wind up becoming quite difficult.

Eventually players caught on to the tactics and heat vision goggles helped tremendously to reign over the old sniper master. Other unique options for defeating The End include saving in the middle of the fight and waiting a week until he died of old age, or using the small window shortly before the boss fight to end his life, therefore completely side-stepping the entire fight. Various options and unique decisions are just a couple of reasons why the Metal Gear Solid series held its own amongst so many other action titles.

Join us next week for part 2 as we finish off looking back at some of the most epic, shattering and nostalgic moments in the legendary series of Metal Gear Solid. Let us know which moments you think are worth mentioning.