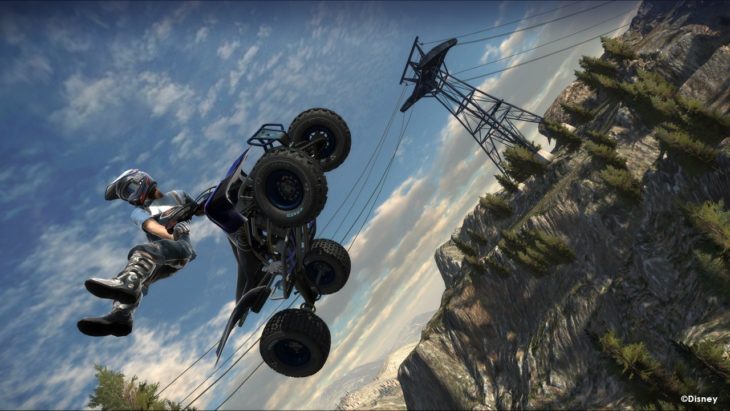 A Few Gems Left In The Dust

The high-speed intensity of the racing genre has been a staple in video games for decades. Whether you’re rushing from point A to point B in a souped up street car, weaving in and out of busy traffic hours or making your name in the professional circuit — plenty of racing games have made their mark on the industry.

And while the big names of Need for Speeds, Forzas and Gran Turismos of the world have gone on to sell in the millions due to brand recognition from years of quality releases, there’s no shortage of off-brand racers that, on a smaller scale, still manage to invoke exciting moments throughout the experience. Spanning the years there have been plenty of quirky, arcade, cart racing thrills that provide a much-needed break from the front-runners of the ever-growing genre.

Let’s take a look at five racing games or racing series that have largely been forgotten about, but, in their day, were actually pretty awesome.

As one of the first games to include customizing options for your cars, the Tokyo racing series first appeared in the Sega Dreamcast in 1999. Other iterations continued the series into the PS2 era with classics like Tokyo Xtreme Racer Zero, as well as introducing the art of sliding your car sideways in the series with Tokyo Xtreme Racer Drift. Customizing your ride, zipping past rival racers in a sprint to out-distance the opponent and speeding around the highway during midnight hours was a welcome change within the typical arcade experience of the time.

Perhaps one of the prettiest games of that era, the Dreamcast/Playstation racer, Vanishing Point, provided players with a tight performance coupled with stunning visuals. The game featured a smooth street racing experience with a garage full of both popular and rather curious racing machines. Take to the streets in a quick Lotus Elise, Ford Mustang, or even a hulking Ford Explorer or classy Lincoln Town Car.

What really made Vanishing Point stand out amongst other racers at the time was the game’s ability to do away with pop-up graphics that often plagued titles during that time. The title of the game refers to this feature and highlights the developers ability to create a fluid atmosphere for racing. With all of Vanishing Point’s positives, it may also be the least known racer on this list. Vanishing Point was a true gem that seemed destined to stay in the shadows when up against the popular racing games of that generation.

This small arcade racing series started off as a spin-off from the annual Nascar releases as , Nascar Rumble. Players would partake in traditional arcade style races in famous Nascar vehicles around variety of colorful courses. With the addition of power-ups each race was a controller clinching experience from start to finish.

The controls of the Rumble titles were actually incredibly tight compared to many other racing titles offered at the time. The track variation provided some truly exciting moments throughout the race and the added ability to wipe out opponents with twisters, thunderstorms and oil slicks kept the entire race interesting. It’s a shame the series never fully took off, as much of my childhood was spent playing these titles; along with a plethora of other racers.

Remote-controlled cars are practically a staple in many car enthused child’s playtime. Video games can be sprinkled within that same category similarly offering the excitement of stepping behind the wheel of some of the most iconic racing machines that litter one’s imagination. Re-Volt from Acclaim combined the two allowing players to race sleek RC cars through neighborhood streets, supermarkets and gardens. Also adding a bit from the popular cart racing titles, players could also pick up power-ups along the course and utilize a slew of both offensive and defensive abilities.

Of course, the game suffered a bit in terms of performance, especially during the track editor mode. Editors could create massive obstacle courses filled to the brim with loops, jumps and giant slopes for top speed runs. However, the more you placed into your track, the worse the game performed, suffering from frustrating stutters and glitches. Re-Volt was an excellent arcade racing experience for those who grew up with the joys of remote-controlled vehicles, but never quite stood on its own against the likes of Need for Speed and Test Drive.

Jumping off the asphalt streets where the majority of these other racers found themselves, Pure took players into the wild and exciting realm of four-wheeling, off-roading mayhem. Carving it out in the mountainous terrain, Pure introduced racing fans to a world of high free-flying jumps which allowed for some incredibly satisfying tricks to perform. The combination of high-octane speed, tight-quarters maneuvering and death-defying stunts gave players an invigorating experience in almost every event.

Pure didn’t just add stunts to the gameplay as extra curricular activities, either, as racers relied on performing these tricks for important speed boosts to stay ahead of the pack. Multiple game modes provided players with plenty of diversity among the quad-bike dedicated racer, but nothing felt as refreshing as launching sky-high in the midst of an adrenaline fueled competition of speed and style. Pure only saw one release in the series, but saw impressive scores from critics all over. The industry could use more racers like Pure, so maybe we’ll get a reboot or proper sequel to the electrifying quad racer.

The industry has become a one trick pony when it comes to many of the popular racers released in today’s world. Players love customizing their racing machines and filling their digital garages up with hundreds of hot rides. But arcade racers have always been about sheer fun and enjoyment at the cost of personalizing rides, and these 5 gems proved that in an all-too memorable way.