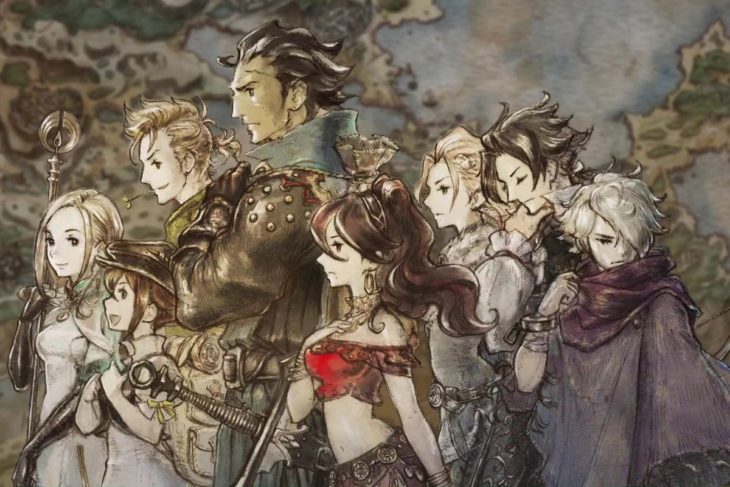 5 Releases to Keep You Inside During Those Hot Summer Days

The summer months have a well-known signature of staying relatively dry when it comes to popular video game releases. Year after year the vibrant community looks to aim their wallets and attention at the big holiday releases all the way through winter up until late spring. However, there are typically a few big name titles that help us push through the drought, and this year is no exception – including some of the industry’s biggest icons.

Here are 5 upcoming titles that look to bring some life to the forthcoming summer season:

Mario is by far one of the most successful franchises around since his birth in the mid 80s. And it’s not solely due to the fact he’s a lovable, charming character with a casual approach to platforming. The many spin-offs help keep the Italian plumber afloat almost as much the mainline series and his sporting endeavors are just as much a part of that.

Mario Tennis Aces is one such title that looks to keep the goomba stomper alive and relevant while we eagerly await his next big adventure. Compete in a series of tennis matches as your favorite Super Mario characters in challenging and competitive matches. And what’s even better is this addicting sports title is hitting Switch consoles this week on June 22nd, 2018.

Ivory Tower released The Crew as an MMO racing game with an enormous map of a scaled down US. Players drive around the massive playground of city streets and long, windy highways taking on fellow racers in their souped racing machines competing in a variety of street or off-road races. Now, nearing its official launch is the follow-up to Ivory Tower’s overwhelming racer with some much added diversity.

Players can now, not only take to the many streets throughout the US, but compete in high-octane races in the skies and seas as well. The biggest change in The Crew 2 is the unique ability to switch from car to boat to plane with the simple press of a button. This is sure to bring in some much-needed change to the series and add a bit more flavor to the massive open world map. The Crew 2 is set to release for the Xbox One, PS4 and PC on June 29th, 2018.

Many claim the Switch has been in a drought of its own since the start of the new year; or even since Mario graced the Nintendo hybrid console with the release of Odyssey in October last year. While that’s not entirely true, there has been considerably less exclusive titles to look forward to in 2018 on the Switch console. With the upcoming JRPG, Octopath Traveler, the seemingly endless lack of exclusives this year will begin to come to an end.

While the Pokemon Let’s Go series and Super Smash Bros. Ultimate may be the biggest highlights for the rest of the year for the Switch, Octopath Traveler looks to deliver a much-needed release for JRPG fans eager to play something other than the 6-month old Xenoblade Chronicles 2. While XC2 is a remarkable adventure on its own, it’s exciting to have more options available, especially for such a unique console like the Switch. The unique game of Octopath Traveler will feature up to 8 playable characters each with their own story to tell. Octopath Traveler will be available on July 13, 2018. And for those anxiously awaiting the JRPG release, you can find a sizeable prologue demo in the eShop for Octopath Traveler to help soothe your wait.

Back in 2015, Mega Man returned to his roots and provided a much-anticipated release for long time nostalgia fans everywhere with the Mega Man Legacy Collection. The Mega Man series has long been an icon in the gaming world with the series still putting out new games. However, not many series can survive as long as the ‘Blue Bomber’ has with one collection of games, let alone two. But with the Mega Man X series Capcom has proven just how viable the punishing platformer is to the industry.

Mega Man X Legacy Collection takes what the original Mega Man collection has accomplished only now with the coveted X series. The improved visuals, stout skills and abilities, new playable characters, and polished mechanics takes the Mega Man franchise to new heights – and adding on to the collection of Capcom’s most prized character may be bringing in even more hype than before. The latest release will include Mega Man X-X4 in the first collection, while X5-X8 in the second collection, also adding in new levels and story found in the new X challenge mode. Mega Man X Legacy Collection 1 and 2 is due to release on the PS4, Xbox One, Switch and PC on July 24th, 2018.

Shadow of the Tomb Raider

The Tomb Raider franchise, as well as its faithful heroine Laura Croft, has been through what many would call a facelift on the series. By modernizing the skilled adventurer by adding a bit more realism to her appearance and adding in brand new features in the series, the rebirth of Tomb Raider has been everything but a failure.

The third installment of the re-established series – Shadow of the Tomb Raider – was announced back in April with a flurry of eager fans waiting to get back into the dark adventure game featuring the agile and skillful Croft. Player’s can jump back into the adventure at the tail end of the summer season with the release of Shadow of the Tomb Raider launching on September 14th, 2018 for the PS4, Xbox One and PC.

With summer now literally right around the corner, these 5 games will definitely help ease that so-called drought right before we plunge into the holiday season.