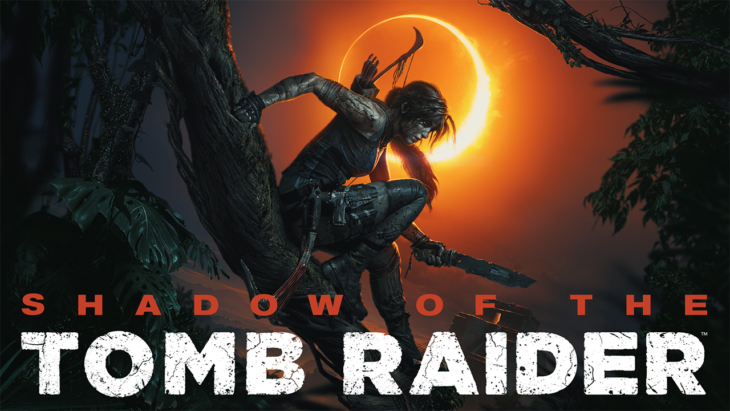 Taking The Series To New And Exciting Heights

The latest installment of the rebooted Tomb Raider franchise is sneaking up on us quickly as Shadow of the Tomb Raider hits this September. While the core mechanics of the previous two titles of the rebooted series largely stay the same, there are some awesome unique features that have been improved upon or added to the action-adventure title from Eidos Montréal/Crystal Dynamics developed title.

Here are 4 unique new features coming to the Shadow of the Tomb Raider release this September.

While swimming was very much apart of the previous installments of the rebooted series, the third release looks to improve vastly upon the mechanics. The game will feature re-configured mapping for controlling Lara’s movements while in water, also adding the ability to dive underwater. Using an on-screen oxygen level and the ability to use underwater oxygen bubbles to continue submerged exploration will add a substantial amount of depth to the gripping adventure game. This will allow Lara to not only explore the dry land areas, but discover hidden secrets spread in the underwater segments of the game, as well.

The gameplay in Shadow of the Tomb Raider takes a stealthy turn which allows Lara to lurk in the shadows and cautiously stay out of the enemy’s line of sight. In the E3 2018 demo, fans got a glimpse of what to expect from Croft’s new ability to stick to the shadows and, as the developers put it, “becoming one with the jungle”. Staying high up in the treetops for a sneaky vantage point or crouching low under the shrubs of the jungle itself seems to play a major role in Lara’s survival in the upcoming release.

Immersed In The Culture

Not many games do a spectacular job in immersing players within the culture a specific game takes place in. Often the dialogue is fitted for whichever region players are in, coincidentally making it easier for players to follow along with the story and narratives. However, in Shadow of the Tomb Raider players will have the ability to switch certain dialogue options which take background cultural voices and NPCs and turns them into native tongue to help create a more immersive experience.

Traversing the exotic world showcased in the upcoming Shadow of the Tomb Raider release has become even more in-depth than in previous entries. While climbing along rocky walls has always been apart of the rebooted series mechanics, the third installment will introduce players to a variety of new tactics, such as the use of a swinging grappling hook, wall-running from point A to point B, and even altering Lara’s direction mid-jump for a more personal approach to the parkour gameplay. Leaping across the mountain tops and cliff-sides is looking like a death-defying experience throughout the entire story of the soon-to-be released adventure game.

The Lost City of Paititi

Fans familiar with the linear gameplay style of the previous entries in the Tomb Raider series will be delighted to explore the expansive lost city of Paititi. Acting as the game’s open world hub where Lara can freely explore, interact with NPC or discover hidden secrets is a welcome addition to the formula of the series. Players will be free to acquire and complete additional side quests in Paititi, or even explore chilling tombs each with their own unique puzzles to solve and traps to avoid.

Shadow of the Tomb Raider is set to release on September 14th, 2018 for the PS4, Xbox One and PC. Jump into the game two days early by pre-ordering the Digital Deluxe or Croft Edition of the game.