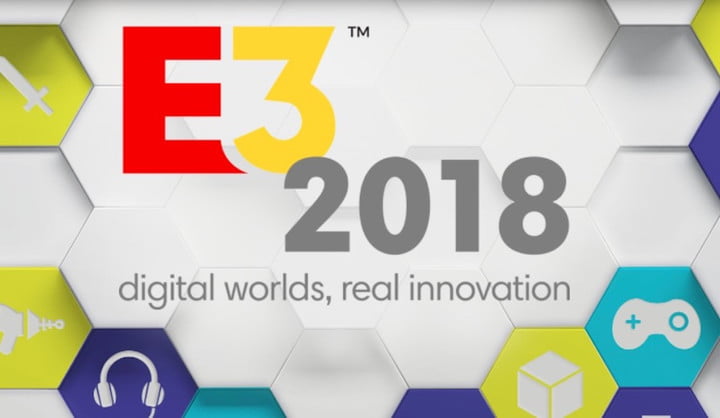 With the recent announcement of the official dates of gaming’s biggest event of the year, The Electronic Entertainment Expo – or, E3 – the industry is already beginning to gear up for the mid-June event dates. While we will no doubt see our fair share of AAA titles share the stage and offer up more details, release dates and new trailers from suspecting big name titles, such as The Last of Us Part II, Death Stranding and Anthem, there are some titles would leave us otherwise speechless with even the smallest teaser trailer.

Do we expect to see any of these titles to make an appearance this coming E3? Absolutely not. But, it would be quite the barn burner if even one of these unlikely candidates made a brief appearance in Los Angeles at this year’s expo. Realistically, we wouldn’t be surprised if none of these mentioned titles made an appearance at E3, but purely hypothetically – what if?

The Grand Theft Auto series has been seen throughout media outlets for the better part of two decades now. Since DMA Design (Rockstar North) first released the original on Sony’s first Playstation console, all the way through the game changing third person camera and wildly entertaining open worlds to explore, GTA is as dominant as ever today. That being said, it’s been almost five years since the release of GTA V (the same amount of time between GTA IV and GTA V), and though the online portion keeps the game updated and fresh throughout its tenure, many players are feeling the staleness of an over-explored San Andreas more than ever.

Now, later in the year Rockstar is set to (we hope) release their highly anticipated title countering the GTA series, in Red Dead Redemption 2. This looks to be just the cure for the diehard fans of the talented and respected developing studio too burned out to jump back into the busy hustle and bustle of the west coast, trading it in for the dusty wild western frontier. While the release of RDR2 will surely keep players busy for quite some time, would it be too much to ask for a new GTA on the current generation of gaming consoles?

The majority of the gaming community is expecting the next GTA release to be massive. No doubt Rockstar’s most ambitious project yet, but would allowing a little teaser out this year overshadow the excitement for their big release coming this fall? Doubtful, as Red Dead Redemption 2 is just as big and just as anticipated, but it would allow a little more faith in the Rockstar community, letting the fans know more is on the way. Maybe not anytime soon, but it is in fact happening.

I know, I know, this might be the most unlikely candidate out of the entire list. They just released the first Horizon nearly a year ago from this writing, and by the time E3 hits it will only be 15 months old. It seems a bit rash to go ahead and throw a sequel of such a successful title out into the wild less than a year and a half after Aloy made her debut appearance, but hear me out.

Related: Check out our review on Horizon Zero Dawn and The Frozen Wild DLC.

Guerrilla Games has made it abundantly clear that they do in fact plan on making their latest IP a series of more than one title. While Horizon Zero Dawn enjoyed a stellar launch followed by an outstanding DLC to complete the package, there’s not much else the developers seem to plan on adding to the post-apocalyptic world. With the price of Horizon’s single player experience at an impressive low, most of the Playstation community will have indulged in Aloy’s exploits come E3; most of which will be craving for more.

I’m not saying we’ll get release dates with a full-fledged announcement trailer, but rather a simple teaser would be nice. A 15 second clip showcasing Aloy amidst a new land to explore and conquer. Maybe as the screen fades we hear a fierce roar of the newest machine ready to tear into the equally ferocious heroine. Hey, we can all dream can’t we?

The Silent Hill series has been more of a roller coaster of successful highs, and deterring lows. The start of the series on the original Playstation brought forth something never before seen in survival horror games, most notably its closest rival at the time – Resident Evil. As the series pushed forward under the Konami name, the fans that clung to the golden days of the series started dropping off like flies. That is, of course, until the huge announcement of Silent Hills, and its playable teaser aptly known as – PT (Playable Teaser).

Combining the brilliant minds of Metal Gear Solid guru, Hideo Kojima, film veteran Guillermo Del Toro, and Walking Dead star Norman Reedus – PT showed us what to expect from the dream team putting together the next revival in the cult-classic, but staggering series. The PT demo alone has been since proclaimed as one of the most thrilling and terrifying experiences in gaming today. Only lasting up to around an hour, PT used a simple method of scare tactics, but flawless in its execution.

Since the thrill of PT, Konami unfairly put an immediate halt to the promising looking horror title, which in turn put a sudden halt to the Silent Hill series altogether. There’s still a very curious fan base out there wondering if Konami is toying with the idea of pushing for another release in the desolate, monster filled ghost town. And with the upcoming release zombie-esque take on the Metal Gear franchise in Metal Gear Survive sans Kojima, many wonder if a new Silent Hill may be in the wings of the veteran developing studio. Afterall, someone needs to compete with Capcom and their successful comeback of the Resident Evil series.

The Elder Scrolls V: Skyrim is known everywhere and anywhere when in the discussion of video games. Like Minecraft or Call of Duty, Skyrim is on a level of stardom few video game franchise have the pleasure of enduring. It’s so popular, Bethesda has milked the massive open world RPG for – count them – a total of four separate releases throughout less than twice as many years. While it seems the Dragonborn ceases to disband their beloved Skyrim after the hundreds upon hundreds of hours poured into the vibrant and immersive world, you can sense the fan base growing a bit weary of the alluring title – probably from taking one too many arrows to the knee.

Related: Most Anticipated Games Coming in 2018

Not to mention, Skyrim will be 7 years old this fall and Bethesda will have already seen their post-apocalyptic counterpart RPG series – Fallout 4 – enjoying 3 years of success at around the same time. While those aren’t the only two titles the mega publisher has to worry about, it is their two most prominent ones. And The Elder Scrolls series is known more as Bethesda’s ‘baby’ more than any other title in their library, so you can imagine the time they’re taking on the follow-up to one of gamings most iconic titles.

In the past, Bethesda has been open about taking their time with the next installment of the TES series, quickly shutting anything down even remotely relating to the sixth release of the massively successful franchise. This doesn’t halt the community from talking, and with all the talking someone from the developing team has to be listening. we’ve made it abundantly clear how much we all enjoy discovering the many secrets hidden deep within Tamriel, so, as always, the cards are in the developers hands on this one. But wouldn’t a tease be that much more rewarding knowing how unlikely it may be in 2018?

Well, that’s it. Five big name franchises that, in more ways than one, are due for more success than they’ve already claimed. It’s still way too early to count any one of these candidates out of the picture for E3 2018, but the likelihood is very slim. Even still, bigger secrets have been buried deep leading all the way up to the prestigious event, so let’s not give in until the expo finally arrives this June.