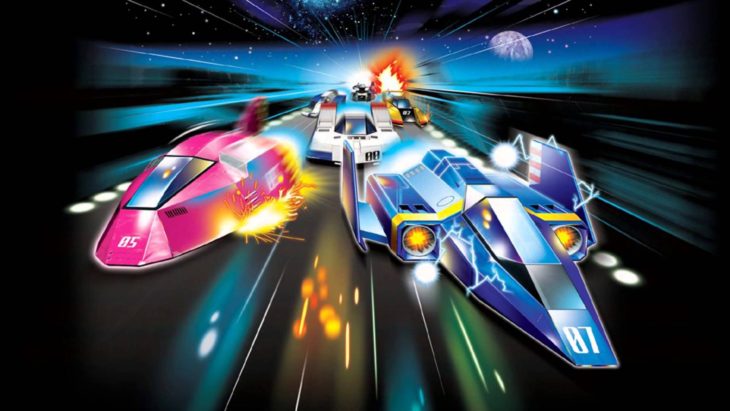 It seems over the current generation of gaming we’ve seen tons of racing titles hit the industry providing new and exciting features to the age-old genre. But none seem to hold a flame to some of the longest running franchises, such as Forza, Need for Speed, Gran Turismo and Mario Kart.

That being said, there are a handful of racing series that have accumulated a large audience throughout multiple generations, but eventually seemed to die off. Why not bring some of these bad boys back, and give some of those long-running titles the much-needed break they deserve?

Rockstar introduced this massive arcade racer with each entry becoming better than the next. Taking players across busy city streets from Paris to Tokyo to Los Angeles, Midnight Club offered up a huge amount of racing machines to compete in exceptionally fun arcade action. Throw in tons of jumps and shortcuts, unique arcade abilities like shock waves and shifting your ride onto two wheels, as well as the eventual introduction option to customize your vehicles, Midnight Club was incredibly favorable to many on the racing scene.

Few racing games prefer to place their focus on taking high-end racing machines and throwing them into busy intersections for the sake of causing the most destruction overall. However, Burnout was no ordinary racing game and fans quickly became attracted to that very idea. With no new release in the series since 2008 with the wildly successful and exciting Burnout Paradise – along with the remastered version back in March – we’re hoping the sudden return to Paradise City means EA is gearing up for a brand-new entry in the series.

Possibly the best overall contender for Mario Kart is the platforming bandicoot himself in, Crash Team Racing. Taking a break from the typical hopping and spinning adventure games, Crash saw himself facing off against plenty of allies and enemies in hard-nosed cart racing. With the simple controls, unique race courses and addictive battle mode, CTR became one of the best arcade racers of its time. While the sequels, Crash Nitro Kart and Crash Tag Team Racing, never quite saw the critical success of the original, we’re hoping that’s not the end of the road for the wily bandicoot.

Perhaps Need for Speed’s biggest rivals in the early years of the series, Test Drive took the street racing formula to exciting new levels. While the series started rather early – in 1987 to be exact – it wasn’t until Test Drive 4 released on the original Playstation that series really began to take shape. While we have seen a new Test Drive as recent as 2012, nothing has come close to the arcade action of the earlier years in the series.

5 Summer Releases To Look Forward To This Year

Maybe the most sought after arcade motorcycle slash combat racer around, Road Rash gave players more to focus on other than dodging oncoming traffic at high speeds. Taking out fellow racers, and even arresting officers, with billy clubs and chains was as much of the adrenaline fueled action as cranking the throttle back in courses set all over the world. The series died off during the very end of the original Playstation era with Jailbreak in 2003, but the series never quite met the expectations of the retro Sega Genesis entries. Many diehard fans would love to see nothing more than a reboot of the brutal combat motorcycle racer.

Many long-running Nintendo loyalists know which series to turn to when it comes to high-speed futuristic racing games. F-Zero is easily one of the most acclaimed racing series to come out of the big N, but managed to be absent from any console line-up since 2004 with GP Legend – but even that released on the Gameboy Advance handheld console. With fluttering rumors about the series being revived from the dead, and longtime creator Miyamoto stating in a 2015 video from Smosh Games that the series is, in fact, not dead, but awaiting an innovative controller interface from Nintendo – one that would take the series to new heights. Here’s to hoping the Switch is on par with those standards.

There’s plenty of awesome racing series that induce white-knuckle arcade action, but these six are anchors within the racing genre of video games. Seeing any one of these excellent titles resurface would surely be welcomed among the long time fans of the genre.