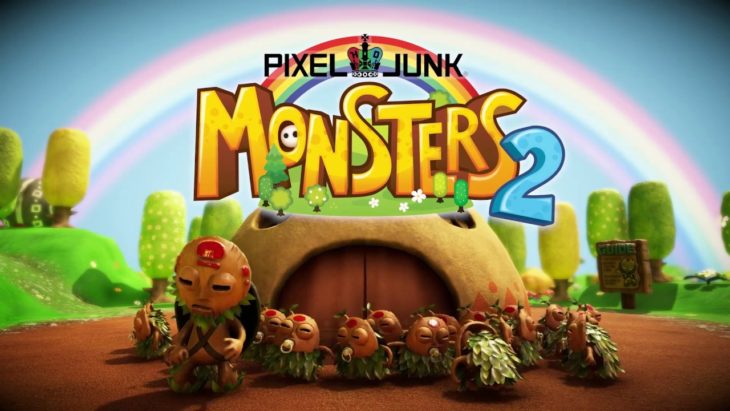 Ten years ago PixelJunk Monsters graced the Playstation 3 console amidst a growing number of already successful previous titles from Q-Games. Across the past decade the gaming world has seen numerous releases of the acclaimed tower defense game including DLC, Deluxe Edition and ports across various other gaming platforms. Now, in just less than a week we’re finally receiving the sequel we’ve all been waiting for; and with it is comes a slew of new features and changes to spice up the Chibi saving strategy title.

PixelJunk Monsters 2 brings a slew of new and exciting features. The addicting tower defense game is known for having your Tikiman(men) construct powerful towers utilizing magic and slick dancing moves transforming the Earth’s green shrubbery and trees in deadly weapons of peace. The duties of the player lied in building appropriate towers depending on the specific wave of monsters one after another while cautiously sprinting around the map to collect precious coins and gems, all while avoiding the crushing foes of monsters.

Monsters 2 looks to beef things up with what your fragile tikimen are capable of doing. The Shell Attack is a unique skill allowing players to – with properly timed button presses – heave your tikiman shell first into single monster enemies. They don’t take out a ton of damage, but do in fact help players from that helpless feeling of being unarmed and completely vulnerable.

Perhaps one of the most notable changes in Monsters 2 is the two different point of views especially the third-person camera angle. For the past decade we’ve been so warmed up to seeing our waves of monsters in light, 2D birds-eye view that this new angle seems to truly bring the game’s fantasy world to life. While in the demo the new camera angle didn’t fair as well as the classic view, it’s refreshing to see the remarkable detail in the world and monsters around you.

And for those not turned on by the slick modern camera angle, Monsters 2 is just a quick button press away from diverting back to a more original perspective. The revised new top-down view explodes in beautiful 3D style that compliments the gorgeous tilt-shift camera effect and stop-motion-like CGI visuals. Balancing between the two camera angles should definitely add more variation to the way you’ll tackle the many waves of enemies in PixelJunk Monsters 2.

Level selecting in Monsters 2 isn’t as straightforward as the map screen found in the original. With the interactive map completely taken out players are now placed into central hubs where they’ll explore areas, shop at tiki stores and select various levels. It’s also a great method of exploring the finer details in the game’s new presentation and a few of the new features available.

Scattered throughout the map are also little chibis with various text bubbles along with the tiki merchant locations. Buy new tiki masks paired with new shells and invite your friends to explore the hub and discover hidden secrets within. While not a major game changing aspect in the sequel, it is a unique change to the original PixleJunk Monsters formula.

Along with the multiple camera angles, the new and greatly improved graphics are among the most noticeably changed features of the Monsters world. With a sleek stop-motion style of graphical presentation, the details with each tikiman, diverse class of monsters and vibrant world looks almost life-like. The wooden masks actually resembles wood, the trees shake willingly each and every time you brush through, and certain monsters crumble into pieces impressively all with the help of the jaw-dropping engine.

While the classic visuals from the original help replicate the ongoing theme of the PixelJunk series, the new and improved visuals help ring in a new era of Q-Games titles. Still retaining the simplistic charm from Monsters, the new visuals only add to the whimsical beauty that we’ve endured through years of monster defending with the original title.

As mentioned above the central hub provides level selection as well as the new tiki merchants for customization. Players are now able to purchase a variety of different tiki masks and shells to help differentiate you from the pack. By earning special ancient tokens as bonus rewards for completing levels, players may then trade those in for unique gear to help personalize your tikiman.

While there’s no hint at whether or not these new costume upgrades are strictly cosmetic or perhaps provide any sort of game enhancements, they do add a touch of craftiness to the game. And with the astounding new visuals each mix and matched wardrobe upgrade looks as stunning as the last.

The original PixelJunk Monsters had a very simple approach to completing stages and unlocking new abilities. Skills like sprinting or the ability to plant remote bombs at the cost of valuable gems was an excellent method of stirring up the gameplay and strategy, Monsters 2 is deepening the combat with unique power up bombs and environmental traps.

The demo only showed us a couple of the different bombs available during gameplay, such as the standard bombs and the sluggish variety which freeze enemy movements to a slower pace. There are plenty of other options that will unlock other bomb type, but nonetheless look to provide a bit more strategy to the game when looking to spend your precious gems. Between tower upgrades and various bombs at the tiki shop players will definitely have a much more diverse selection when spending their hard-earned currency.

Perhaps one of the most anticipated new features in PixelJunk Monsters 2 is the addition of 4 player online co-op. The first demonstrated excellent cooperative action with two players teaming up, but the enhanced gameplay and larger maps will certainly benefit with more tikimen to add to your party. And the ability to take the party online or use the standard 2-player local co-op leaves more options to tackle the monster invading adventures of PixelJunk Monsters 2.