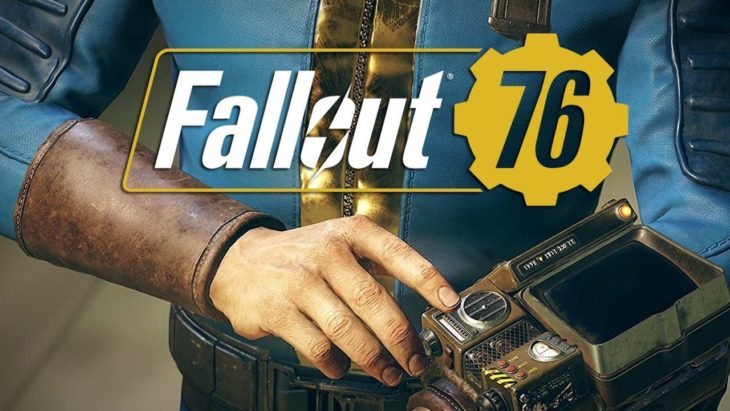 Too Early to Tell

Bethesda Game Studios sparked plenty of controversy after E3 with the surprise announcement of Fallout 76 – the first online only title in the popular series. While there are many speculations of a ruined experience due to the overbearing nature of multiplayer-only titles, there may still be some light at the end of the tunnel for those still on the fence about diving into the apocalyptic world of West Virginia.

While the thought of exploring a vast wasteland within your own imagination, engaging on strings of endless quests, mercilessly taking out hordes of super mutants and raiders, and discovering hidden secrets scattered all over the alternate universe is something almost every Fallout fan can agree makes the experience so incredibly unique and memorable – adding in multiplayer interactions might be one of the boldest moves for the franchise, even with a spin-off title. But what some fans fear is easily what many others eagerly anticipate from the series.

Is the Change to Multiplayer Necessary?

With a full-blown multiplayer title, Bethesda is hoping to create a true post-apocalyptic experience. While technically many look to label Fallout 76 as an MMO title similar to Elder Scrolls Online, the only “massive” feat in 76 is the map itself. The player count will be dwindled down to dozens of players, as opposed to hundreds. And with an enormous map that’s four times the size of Fallout 4’s Commonwealth, we’re hoping that running into any would-be griefers is something of a rare occurrence. Because, let’s face it – if you’ve played a Fallout game in the past, chances are you want to be left alone.

And while most of us crave the chance to create our own story within the wasteland on our own, there are still many of us begging for a chance to take a friend or two along for the journey. Luckily, Fallout 76 offers the cooperative experience that many of us have been hoping for. Unfortunately, the PvP gameplay is a constant threat throughout the experience (and many of us were looking for something closer to a PvE approach), however, the infrequency of how these random player encounters might be slightly less frustrating when teaming up with buddies.

Will Battle Royale Continue To Become Standard In Multiplayer Games; Or Is It On The Verge Of Becoming Stale?

Exploring the recent tremblings of the nuked world with a group of friends in co-op sounds like an exciting experience for those who are inclined to more social gaming experience, but not everyone likes the presence of human interaction. In fact, some player’s primary reasoning for gaming is to escape the realities of society and dive deep in the fictional worlds alone, never to be bothered. While Bethesda promises solo players may still enjoy the massive world of West Virginia on their own, many skeptics are doubting the solo online experience as being as immersive or full as previous entries.

And why shouldn’t they? Multiplayer experiences are seldom repetitive in terms of player interactions, which is exactly what draws solo players to the singleplayer game style in the first place. Though it has been made apparent by Bethesda themselves about the world and robotic AI engulfing players more frequently than a full lobby of actual players, some – and rightfully so – are still reluctant to accept mere words as fact; at least until it comes time to experience the game for themselves, firsthand.

Fallout 4 brought forth a new generation within the post-apocalyptic series, and with it came a few changes of the overall formula. While the brunt of the game largely stayed the same, new features like constructing outposts and equipment gave players more to accomplish within the wastes. However, not everyone enjoyed the base-building mechanics, that of which can often eat up a huge chunk of playtime, leaving many players wishing more time was spent on adding more quests or NPC encounters to the traditionally narrative heavy setting. And what does Fallout 76 bring back in return to the series? More of the same.

Building your very own concentrated focus of operations base anywhere you please if definitely an immensely daunting task – and one that many will undoubtedly find rewarding and addictive. The bold opportunity to claim a piece of the West Virginian land as your own only to pick it up and move somewhere new discovered later down the line unequivocally adds to the appeal, as well. But what about the flurry of fans not attached to the tedious base-building mechanics? What about those rightfully hesitant on starting up a colony just to have it wiped out by a random nuclear detonation? Well, while there’s definitely a moderate amount of emphasis on putting your collected scraps to use in constructing new settlements, we’re hoping with the sheer size of the map, tons of various holotape locations, deadly West Virginia folklore beasts and intellectual robot encounters will offer more than enough content to keep any anti-builders pleasantly distracted from what feels like work.

However you look at the upcoming Fallout 76, one thing is for sure – it’s definitely not shaping up to be a Fallout experience geared towards every single fan. While some of the outrage is unfairly pinpointed towards features no one has yet to get their hands on, there is some cause for concern. That being said, I think an MMO-like experience is a welcome breath of fresh air to the series, similar to what Bethesda’s other massively popular series has gone through with ESO. You can either love or hate the idea of taking the singleplayer Fallout experience to the world of online lobbies, but in the end we’ll all have to wait and see how things eventually play out in what Fallout 76 is attempting to deliver.