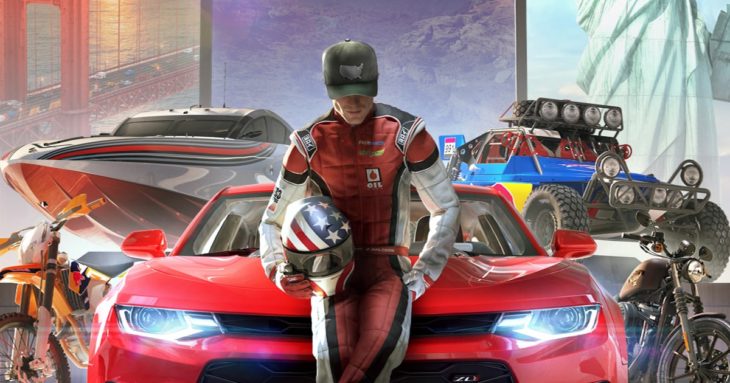 No Longer Contained to the Roads

Ubisoft and developers Ivory Tower released an overwhelming racing title in The Crew, which took players from east coast to west cost in a scaled down, but still massive rendition of the United States. While the sequel to the massive online racer – The Crew 2 – stays with the same setting, there are a few new additions to the enormous racer; most notably the use of multiple new Motorsports vehicles and races.

What The Crew did to the racing genre wasn’t necessarily anything groundbreaking in terms of racing physics, but the vast open world of the US created a driving experience like none other before. Shifting from the rainy Midwest to wintry roads of the Rocky Mountains, down to the arid desert of the South only to wind up on Route 1 in sunny California – one 25-minute drive in The Crew’s massive open world provided a truly unique racing experience.

In order to take the series to the next level, Ivory Tower needed something even more ambitious but still entertaining without seeming like a stretch. While on paper the ability to transform from car to plane to boat to motorcycle certainly seems like a stretch, The Crew 2 somehow seems to smooth out all of the edges and created a seamless hybrid title that not only stretches across an entire nation, but across major Motorsports, as well.

The Crew 2 is broken up into 4 distinct racing styles, each with their own versions of land, sea or air vehicles. With almost a dozen returning cities from the original, racers will work their way across the map through each iconic city taking on the best of the best in each realm of Motorsports. Street racers will provide the custom tuned cars and outlandish aftermarket parts for a fast and nontraditional method of racing along the city streets and back roads. Of course, this does not pertain solely to keeping the race on the ground.

Free style races focuses on scoring massive amounts of points by having the courage to out-trick each racer. Be it motorcycles or dirt bikes, speed boats or nimble maneuvering planes players will need sheer patience and skill to rank up among the best stunt performers. With each variation of racing vehicles also capable of nitrous boosts nothing is off-limits for high-speed capacity stunts in free style events.

If you’re looking for a more simulated approach – though swapping from car to plane in an instant is about as unsimulated as you can get – the Pro series is chalked full of professional racers from the Motorsports Nation. Tightly wound courses, precise machines and a purely focused experience will now stretch into a trifecta of some of the most thrilling racing machines around. The clouded skies meet the rigorous waves in what could only be some of the most unique racing conditions yet.

And finally the off-road kings of the dirt, snow and anything that’s not pavement. From Motocross dirt bike racing to 4×4 mud-slinging mayhem, off-road races take the race everywhere the street racers can’t. While there doesn’t seem to be much in the way of planes and boats within the off-road races, the different varieties should fair rather well, especially if they’re anything like what we saw in The Crew’s DLC – The Wild Run. The explosive events through mountain canyons and slippery desert sand dunes only adds more diversity to the overall Motorsports experience coming in The Crew 2.

So, with the major portions of the races divided into those four categories The Crew 2 looks to increase the variation from one racing event to the next. In a demo video from IGN we’ve been able to see how fluid the transformation is to pull off mid-race. While the gameplay doesn’t seem to hinder any racing mechanics or pull away from the focus of the race primarily, the new method of swapping vehicles begs the question: Why?

If you’re a fan of arcade racers then you’re no stranger to off-the-wall mechanics and untraditional methods of winning races. From power ups to insane drift lines to tipping your car on two-wheels, the arcade racing scene is far from subtle with over the top gameplay. So, when one asks ‘Why?’ when pondering the concept of limitless swapping between land, air and sea, the answer is simple: Why not? Combining the multiple racing sports is the next step after combining an entire country of popular cities into one massive open world map. It’s simply The Crew’s next viable step up to the next tier of rambunctious arcade racing.

And that’s not to say the revamped open world of the scaled down US is anything less than impressive, either. The Crew 2 has completely honed in on creating a gorgeous landscape filled with not only familiar cities, but some of the most recognizable landmarks and stretches of highway throughout the States as well. And the MMO experience similar to the original, taking on other racers from one region to the next in a variety of racing machines will likely be even more enduring than ever before.

The Crew 2 looks to come back from the 2014 release of the original massive racing game from developers Ivory Tower. Sticking to its guns of providing a seamless open world in the largest map the open world racing scene has ever seen, now we’re able to speed through the beautiful settings in more ways than ever. The unique, completely arcade-like tactics of morphing from one speeding machine to the next, avoiding the sharp hair-pin turn by quickly switching to a plane and taking to the skies is something that has rarely been done before. Especially not to the extent of absolute freedom in an open world setting.

Look for The Crew 2 to release on June 29th, 2018 for the PS4, Xbox One and PC systems. Check back for more including Raging Gazebo’s exclusive review once the release of The Crew 2 launches worldwide.