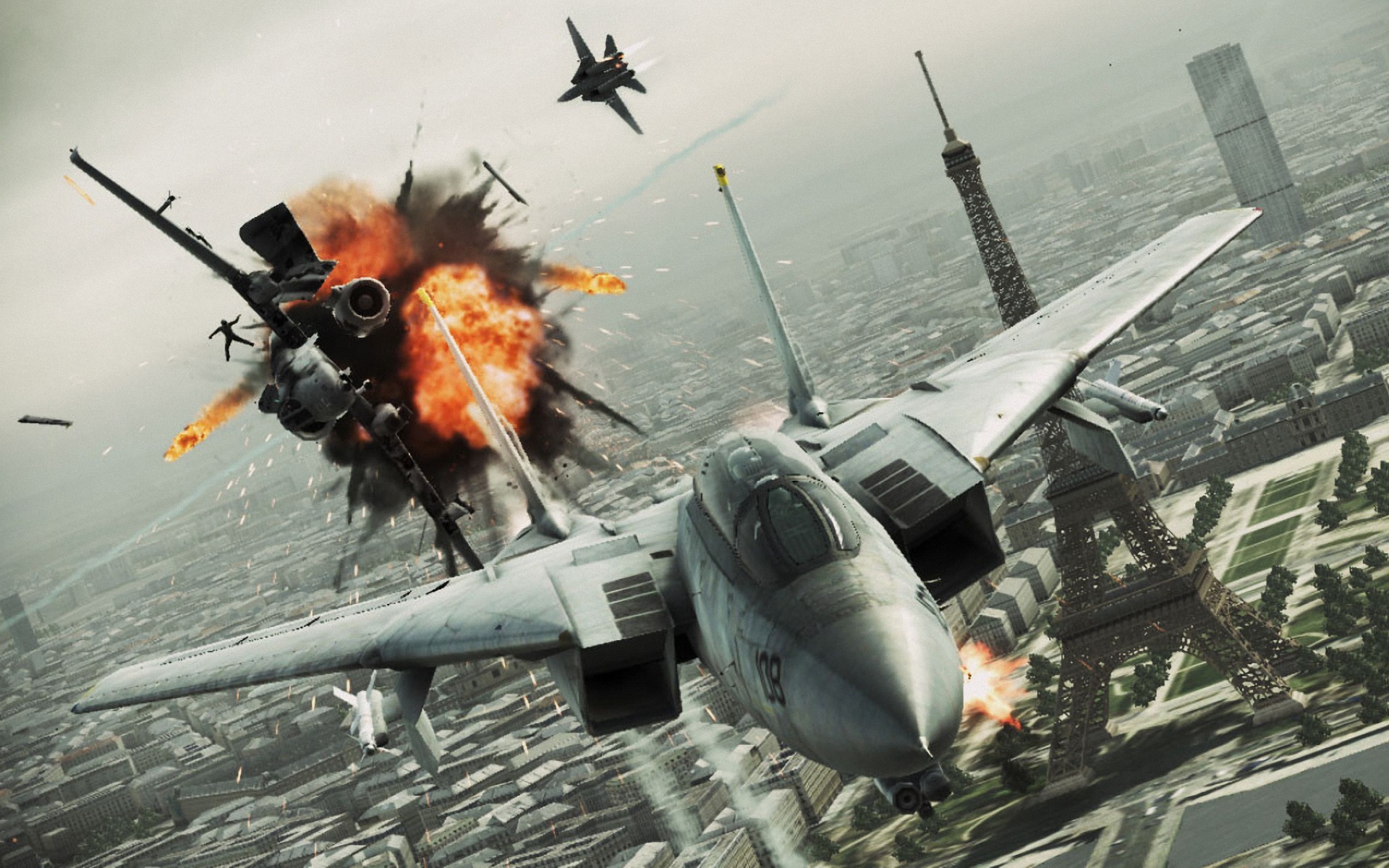 This weekend has news coming from all angles in the world of gaming and releases and trailers are quickly making their appearance all across the web. The hardworking game designers at Bandai Namco Entertainment have created a long-running flight combat simulator, Ace Combat, with a heavily dedicated fanbase, and have yet to disappoint.

The newest entry has very little known but a brand new trailer for, Ace Combat 7: Skies Unknown, has been unveiled at this years E3 events. Now making the rounds in the gaming world for 20-years, Ace Combat delivers intense, immersive action right in the cockpit of some serious jets, fighting through thick clouded skies in huge open areas. Online multiplayer dogfights will keep you busy well after the final moments in the dramatic campaign, giving the next Ace Combat experience the ultimate aerial competitive edge.

The Ace Combat franchise takes players on fast-paced aerial dogfights with strikingly realistic graphics at breathtaking views. The new trailer for Skies Unknown shows us the thrilling narrative from the Strangereal universe and impressive quality graphics, further enhancing the Ace Combat experience. Thrown into a chaotic war, which side is right, and which is wrong seems to be a troubling dilemma throughout the campaign.

Initially announced as a Playstation 4 exclusive, Ace Combat 7 has now shifted gears and will release on not only the PS4 but PC and the Xbox One consoles. Exclusive to the Playstation 4 system will be the specifically made features to experience on the Playstation VR systems, diving in head first into heart-pounding action through the dangerous dogfights of Ace Combat 7. With beautiful skies and seas, flying through crumbling and falling cityscapes leaves a vivid sense of soaring through the clouds in some of the most advanced fighter jets around.

Look for Ace Combat 7: Skies Unknown to release on the Playstation 4 consoles, Xbox One consoles and PC sometime in 2018. Keep posted here for breaking news happening throughout E3.