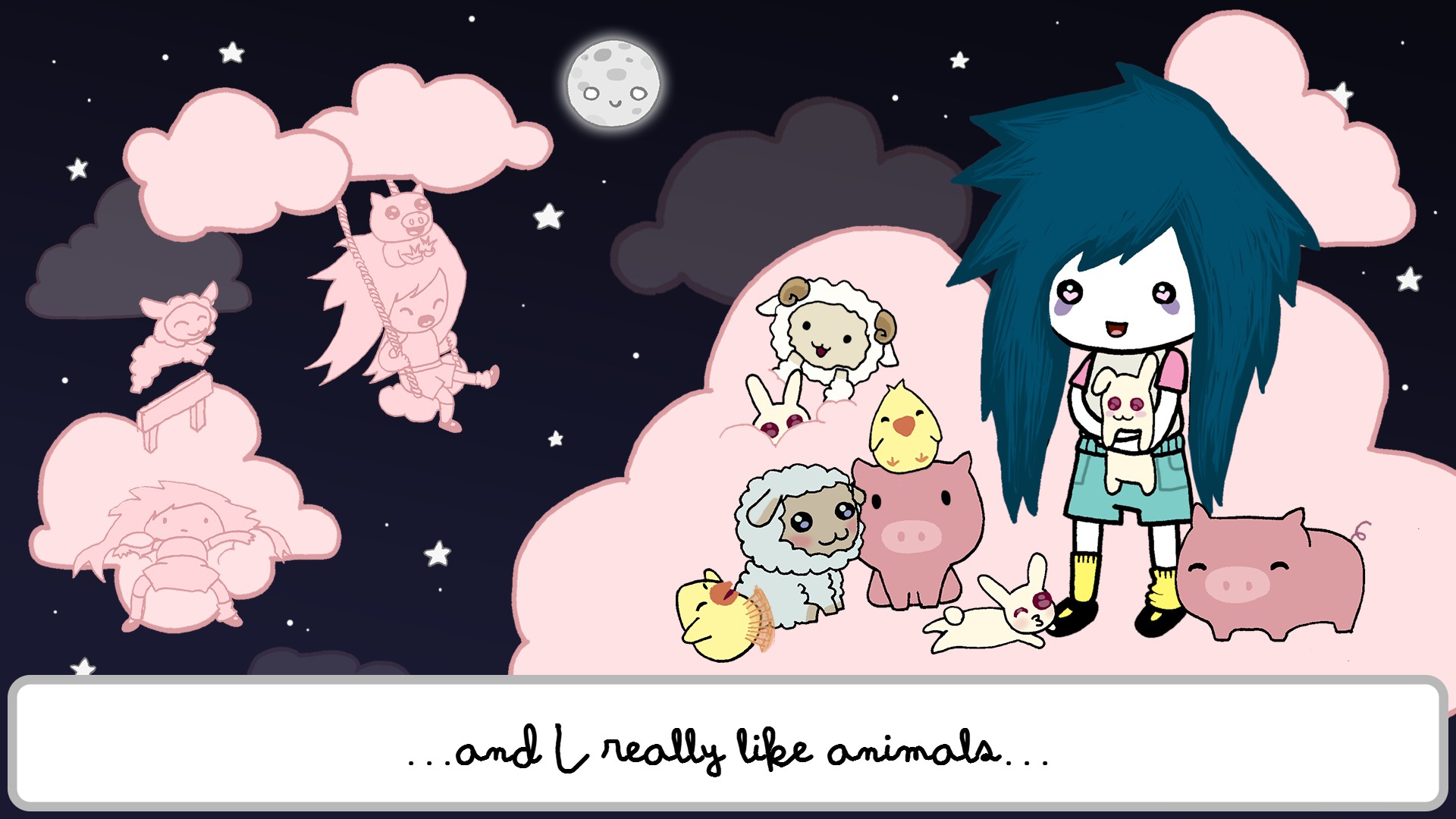 This unusual point & click game is a relatively simple but filled with hilarious characters. As a result, this is a highly entertaining game which encourages players to think about their own stance on meat and a love for animals.

The game follows Agatha Knife, a 7 year old butcher who works at her mother’s store. The store is going through some tough times, and Agatha is having troubles of her own. She hates that her animals are scared of her when she goes to kill them. Luckily, Agatha discovers a solution. She sets off on a quest to start a religion which will bring more money to the butchers while also making animals less afraid to die.

While animal rights issues are prevalent during the entire game, the player is never pushed to believe a specific characters beliefs. Instead, the game encourages players to think a little outside of the box while they play through the game.

Gameplay in Agatha Knife is very straightforwards. The game is played on a side-scrolling map where players must click to interact with the different objects and people. Puzzles in the game also follow these mechanics. Players are presented with a puzzle during each section of the game which they must complete to progress through the game. While most puzzles are relatively simple, there are a few more complex ones. It’s also possible to pick up two hints on how to complete the puzzle.

Agatha Knife is best experienced in a single playthrough, but there is a “reset” option. This will reset the progress of the current game and let the player start over.

This is a great indie game which touches on animal rights issues perfectly. However, some of the puzzles in the game don’t make too much sense which can lead to some confusion.