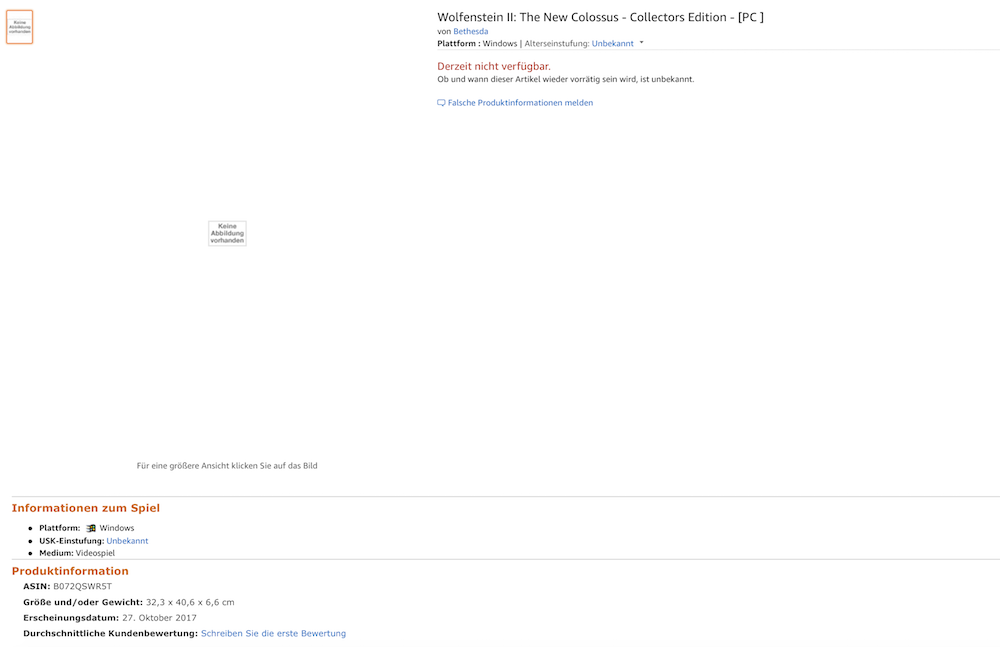 It looks like Amazon has leaked yet another game ahead of the E3. This seems to include the rumors that had been circulating around the internet since E3 2016. During the press conference last year, a mock cmd.exe teaser flashed on the screen which listed an unknown Wolfenstein game called “The New Colossus”. This leak seems to confirm its existence.

The listing on Amazon Germany was quickly removed however, a quick-fingered user from NeoGAF was able to grab a screenshot of the sale page. There’s no actual image on the page but the listing does reveal that there’s a Collector’s Edition coming.

Details on this game are very limited right now but this most recent leak seems to confirm what most fans have already been suspecting. Publisher Bethesda should be announcing the game during their conference this year however, this has not been confirmed.

The company will be announcing several new games during their E3 press conference this year. It’s thought that there will be at least two games being announced during the conference. A new Wolfenstein game has been heavily thought of as being one of these two games. The upcoming “Starfield” game is also rumored to be announced this year.

We won’t know for sure until we see the Bethesda conference however. Check back with us for more news and updates from E3 as it develops over the course of the weekend and next week. You can find out coverage of the EA Play event here.