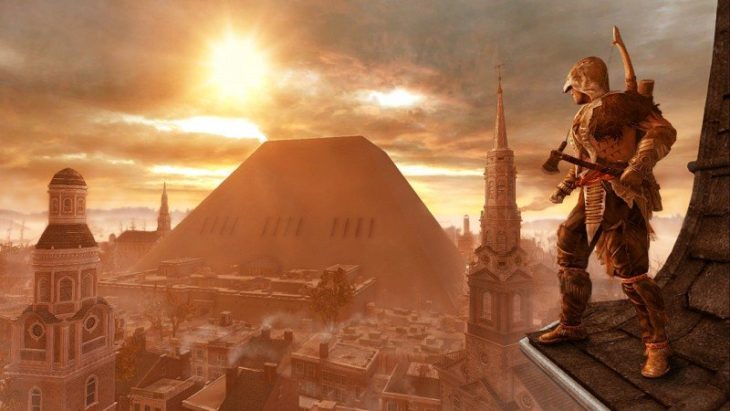 The new Assassin’s Creed title featured at this year’s E3 events – Assassin’s Creed Origins – wowed fans everywhere, anxious to get their hands on the next entry in the series. Many questions are rising as the release date closes in, so Game Informer sat down with the director of the game Ashraf Ismail to help answer some of these remaining questions.

It’s no question the Assassin’s Creed fan base is feeling a bit lost after an empty year with no new entry to the series. Since the announcement of Assassin’s Creed Origins, the online world revolving around the newest trends and titles in the industry have been digging deep for as much info on the newest title as they can find. Ben Hanson, from Game Informer Magazine, struck gold with an exclusive interview with Assassin’s Creed game director, Ashraf Ismail. Answering fan questions and revealing as much about the game as he’s allowed, you can catch the full interview and all 47 minutes of The Game Informer Show podcast here.

The lengthy interview highlights various questions/concerns that always seem to follow the AC series. How big is the map? How much RPG element is there? Since it’s the same Ubisoft team who produced AC IV: Black Flag, will there be naval battles and ships? All of these questions, and many more were answered honestly and excitingly by the Origins game director, leaving fans a little less weary, and even more anxious for the upcoming AC title.

The map is huge, vast and full of wilderness in the unique Ancient Egypt layout. When compared to other AC titles, Ismail referenced the sprawling cities of Alexandria and Memphis when associated to Black Flag to be “at least twice the size of Havannah. At least.” Along with tons of other villages and smaller cities, this huge explorable ancient land will be available right after the introduction sequence.

New RPG elements added to the series will provide an experience like no other Assassin’s Creed title. Quest based systems provide a much more RPG feel, as well as gives the ability for the developers to tell more stories throughout the main questline. A new take on the naval battles will also be included, but very little has been revealed about this feature; Ismail only stating it will be much different from the action oriented gameplay from Black Flag and add more to the RPG side of the Origins.

With all of these new features, updates and reveals including a new parkour system rebuilt from the ground up, creating a more responsive player, dynamic sandstorms to affect gameplay and visibility, tons of tombs to raid filled with puzzles, challenges and traps to find the ultimate secrets hidden within and the exclusion of the mini map, creating a true immersive experience – all packed into an enormously beautiful and grand world full of a vibrant and lively setting.

Look for Assassin’s Creed Origins to hit the Playstation 4 consoles, Xbox One consoles and PC on October 27th, 2017.