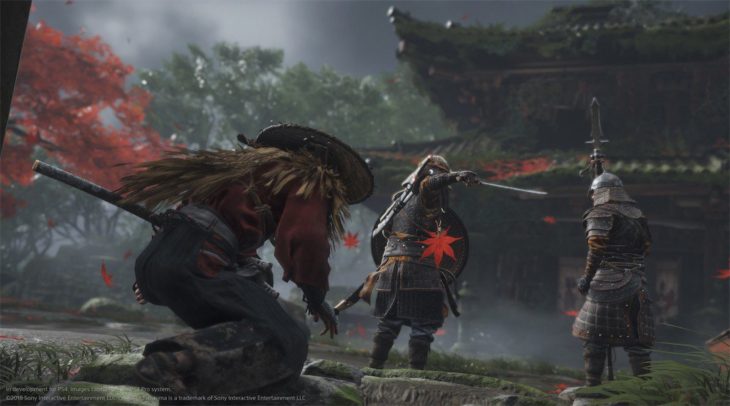 A Promising Future For PS4

In 2018, PS4 owners became satisfyingly overwhelmed with the amount of top-tier titles landing on the Sony branded system. From engaging multiplatform titles to must-have exclusives, the PS4 showed its dominance from the start of the year all the way to the closing finish.

Now, with a new year comes a brand new calendar of releases to keep our mouths ever-watering in anticipation. While some of these titles will find their way onto other consoles besides the PS4, most of them are adding to the incredibly daunting list of Playstation exclusives. The PS4 still has plenty of life left in its tank, and if the last round of announced titles is anything to go by, we still have tons to be excited about.

Check out this list of highly anticipated titles that will find their way onto the PS4 console either this year, or hopefully soon after.

Easily the most anticipated title for January, and perhaps of the last decade, Kingdom Hearts 3 will conclude the epic Disney/Square Enix infused RPG series featuring the adventurous trio of Sora, Donald and Goofy. All-new Disney worlds, such as Frozen, Monsters, Inc., Toy Story and Big Hero 6, as well as returning to iconic worlds like Pirates of the Caribbean and Hercules will keep players exploring the vibrantly wonderful world of Kingdom Hearts.

Kingdom Hearts 3 starts off the gaming year early with its release scheduled for January 29, 2019 for the Xbox One and PS4.

The nostalgic remakes continue this time dipping into the eerie world of horror action. Capcom’s iconic horror series returns to its roots with the upcoming remake of the original Playstation classic, Resident Evil 2. Now with two complete storylines to fully explore between Claire and Leon foregoing the original’s “zapping” system entirely, Resident Evil 2 looks like a worthwhile full-fledged remake worthy of any fans or newcomer’s time.

Hang on tight and head back into Racoon City with the Resident Evil 2 Remake set to release on January 25, 2019 for the Xbox One and PS4.

From Software is at it again with what looks like yet another stellar IP. At first glance Sekiro looks as though it will follow in the Souls line of adventure RPG, but as more details emerge the new title seems to be creating its own identity. Stripped of RPG elements found throughout the Souls series, added vertical movements with the help of a grappling hook and strategic gameplay utilizing death to your advantage, Sekiro: Shadows Die Twice looks to take the genre to tantalizing new heights.

Look forward to death in the upcoming Sekiro: Shadows Die Twice which is slated to release on March 22, 2019 for the Xbox One, PC and PS4.

Days Gone is the next in line to release for AAA Sony published games and it’s beginning to look like it will fit in perfectly with the other stellar releases. While much of the gaming community is beginning to feel ‘zombie fatigue’ over the course of that last decade of undead slaughtering action, Days Gone hopes to resurrect the genre with a deep and adventurous experience.

Under the shrouds of Infamous creators, Sucker Punch Productions, arrives a brand-new open world adventure in, Ghost of Tsushima. Set in a beautifully sculpted samurai era during the first Mongol invasion, players take on the role of the last samurai pitted against the invading forces on Tsushima Island. The art style alone makes this upcoming Japanese themed action game glisten with intrigue and keeps fans drooling for more footage of this upcoming beauty of a game.

As of this writing, there is no official confirmation for when Ghost of Tsushima will be released, but is coming exclusively to the PS4.

Bringing back the platforming classic of Crash Bandicoot on the original Playstation console was almost destined to leave us wanting more. The classic cart racer that saw the colorful cast of the series see their way across the finish line in a truly exhilarating experience. Crash Team Racing acquired a well-deserved cult following along with two more sequels, but they never quite lived up to the original.

Return to the original circuits of CTR in either single player or online when Crash Team Racing Nitro-Fueled releases on June 21, 2019 for the Xbox One, PS4 and Switch.

While Sekiro looks to drift a bit further from the Souls’ like gameplay, Bandai Namco’s new action-RPG, Code Vein, looks to expand on it. Players explore a bleak, post-apocalyptic open world fighting off devilish enemies and monstrous bosses. Adopting the strategic combat mechanics of the Dark Souls and Bloodborne games, Code Vein looks to create its own identity with its unique visuals and explosive, over-the-top abilities.

Code Vein was pushed back to release sometime in 2019 on the Xbox One, PC and PS4 with no date set in place.

Another iconic classic from the glory days of Playstation’s inception to the gaming industry, MediEvil was just as an inspiring adventure game as any. Telling the tale of a resurrected Sir Daniel Fortesque, MediEvil will take players on an enduring journey through the grim lands of Gallowmere in a stunning new remake from the ground up.

MediEvil has yet to land an official release date as of this writing, but is slated for a 2019 release on the PS4.

Birthed from the genius mind behind the Metal Gear Solid series, Hideo Kojima’s newest IP, Death Stranding, looks like an industry game changer. Along with a star-studded cast of voice actors, this sci-fi adventure game is still completely full of mystery and intrigue. Expand on the interweaving connection between life and death in a massive open world that’s sure to be like nothing else before it.

Dive into the wonderfully curious world created by Kojima and famed director Guillermo del Toro in Death Stranding. As of this writing, there has yet to be a confirmed release date, but will be coming exclusively to the PS4.

The classic RPG from the original Playstation era was teased so long ago that fans have become increasingly restless over the years. The adventure of Cloud and co. is a memorable one, and re-imagining this epic journey with incredible new visuals and gameplay seems almost too good to be true; but it’s not. With Kingdom Hearts 3 knocking on the door of its own release, developers at Square Enix can finally faithfully point their attention towards this upcoming remake. New combat mechanics switched from the traditional active timed battle to a real-time action experience is only one of many changes coming to the remake.

The Final Fantasy VII Remake has been restarted on several occasions, but finally looks like it is coming along. Expect the remake to release in various episodes exclusively on the PS4, however, as of now there is no set release date in place.

When Media Molecule released LitteBigPlanet on the PS3 the gaming community allowed their creative side to pleasantly run amok. The imaginative platformer created a new wave of casual game developers yearning for more freedom to construct the game of their…well, dreams. And that’s exactly what Media Molecule’s newest endeavor is bringing to the table. Dream’s will allow players to create with near limitless developing tools and share them across the community in incredible fashion.

Dreams has just started its public beta allowing early users to try out the elaborate game, but as of now still has no official release date. Dreams is set to release exclusively on the PS4.

From the makers of The Witcher series, CD Projekt Red is looking to deliver a brand-new world set in the Cyberpunk universe. This first-person RPG is set to be an expansive open world experience filled with incredible detail and ripe with plenty features and activities to engage in. Take on the role of the mercenary ‘V’ and experience the dystopian world of Night City which is brimming with all sorts of colorful characters and exotic places to explore.

With no release date yet revealed for Cyberpunk 2077, the game is scheduled to release on the Xbox One, PC and PS4.

A truly vivid and remarkable world inspired by the gaming classic, Jet Set Radio, Concrete Genie has players bringing paintings to life thanks to a magical paint brush. Players must overcome gangs of bullies to help bring back the creativeness of art and life back into the world with the use of the protagonist’s artistic abilities. Creating enemies based on how the player paints them is sure to bring unique gameplay mechanics to the upcoming awe-inspiring adventure.

Concrete Genie has no official release date, but is said to release sometime in 2019 exclusively for the PS4.

The Last of Us Part 2

The follow-up to the highly acclaimed survival adventure game from veteran developers Naughty Dog, The Last of Us, Part II looks to expand on the story of Ellie and her growth in the new world. New relationships, enemies and all-new sure-to-be gripping story await us in the incredible looking sequel to one of the most emotionally memorable games in gaming history.

The Last of Us Part 2 has yet to pencil in an official release date, but will be available exclusively on the PS4.

Covered in mystery since its reveal back in 2014, WiLD is a prehistoric adventure game that allows players to utilize the wildlife around them. Though hardly any updates on the game from Wild sheep Studio have been announced over the previous four years, the industry did get confirmation of its ongoing development as recent as last year. With the massive list of current gen games beginning to dwindle as we hover closer to next-gen, it wouldn’t be surprising if we begin hearing more about the upcoming open world survival title.

WiLD has no official release date as of this writing, but is currently in development exclusively for the PS4.

While the wild ride of 2018 has come to a close leaving behind a trail of tasty games both exclusive to the PS4 and multiplatform, the future looks bright with a plethora of enticing titles coming over to Sony’s fourth main console platform. Let’s just hope the next generation of video games can continue this fruitful trend of astounding gaming experiences.